I’ve been away from this blog for 2 1/2 weeks — the longest I’ve gone without posting since I started on Blogger in July 2007. If you’ve visited me here at least a few times since November 2016, you can probably guess what I’ve been up to. 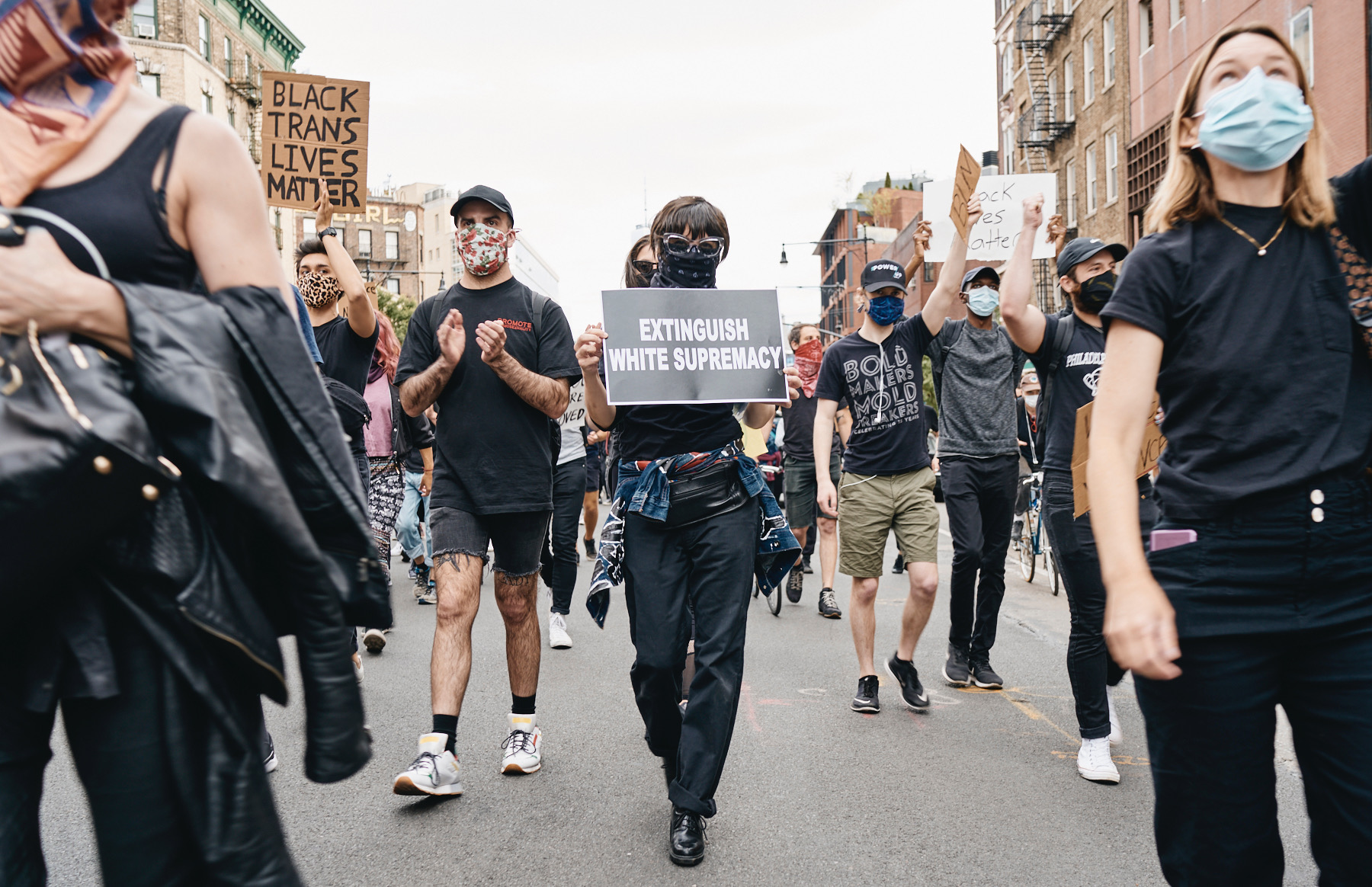 Click to enlarge. I’m carrying an “Extinguish White Supremacy” sign from We Will Not Be Silent. Photo by George De Castro Day. Date … June 1?

I’ll get into the ultra-serious stuff in the next post, but on this #ThrowbackThursday I just need to break my writer’s block. So I’m going to retell an odd little story that’s been on my mind since April, when I wore two masks, disposable gloves, and a top hat to my first protest action of the COVID-19 era. 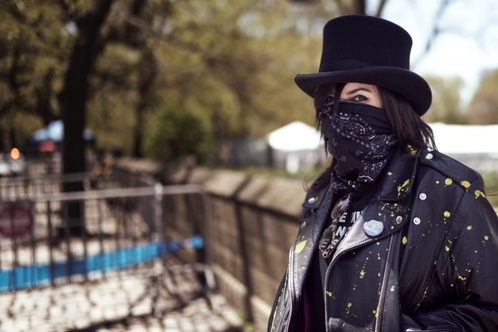 My top hat made me remember another top hat that caught my eye in 2012, during an evening out in Los Angeles. Actually, there was a lot to look at besides a top hat. Back then, I wrote:

“… a man at the table next to us on an L.A. restaurant patio asked, “Do you know who Liza Minnelli is?” I had been peeking at him all night. He was a large man with a white beard who was wearing biker-esque clothes and a black leather top hat, kind of like a rough-trade Santa Claus. He was sharing his bread with his dog, who was bigger than a small pony. I said, ‘Yes, of course.’ He said, ‘Has anyone ever told you …’ and I said, ‘Oh, people have told me that I look like Liza, though not in a long time.’ He said, ‘No, you don’t look like Liza. You’re what Liza has been trying to look like all her life.’I thanked him and he went back to his bread basket and large dog.”

I’d normally think it gauche to write about a compliment I received, especially one that compares me to another woman who happens to be far more talented than I am. But the moment felt so surreal — and weirdly gratifying — that I felt I had to share it. I’m glad I did, or else the details might have slipped my mind, leaving me unprepared to take a picture when I spotted my top-hat-wearing friend again in 2013. 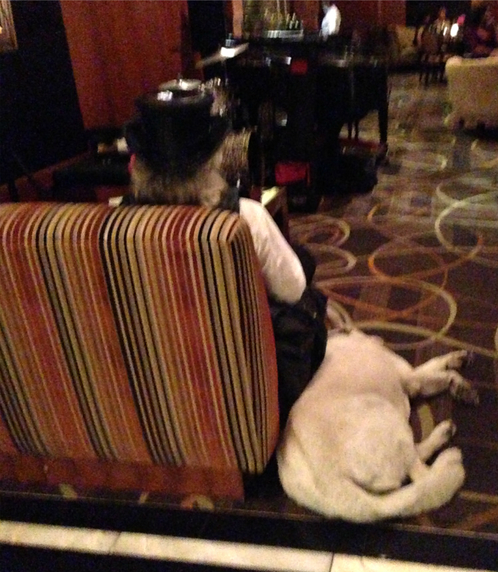 I didn’t try to talk to the man or his dog that second time; I was satisfied with proof that I hadn’t imagined them. Interestingly, no one has ever identified this pair for me. Someone must know them, but I’m no longer sure that I want any further information. I enjoy the dream-like quality of the memory. It brings to mind webcomic artist Nathan Pyle‘s alien beings translating “sweet dreams” as “imagine pleasant nonsense” Santa Claus, a top hat, a giant dog, a bread basket, and Liza Minelli have plenty of pleasant-nonsense potential.

UPDATED TO ADD: How could I forget to wish a happy 78th birthday to my almost-husband Paul McCartney?! I’m such a bad not-even-close wife. In honor of Sir Paul, click here to enjoy years’ worth of insane ramblings about him. I’m truly proud of the fact that I get messages from all over the country saying “your almost-husband is on TV!” whenever Paul does an interview. Thank you, long-time blog readers.

You might also like
Year in Review: What Wendy Wore in 2020, Part 1
Throwback Thursday and Merry Titmas!
You're Invited to the GIA Career Fair (and I'll Be There)
Previous Post: « RIP, Larry Kramer
Next Post: Meet the Rightful Queen on My 13th Blogversary »