When I mentioned last week that I’d been admiring the Egyptian jewelry in the Metropolitan Museum of Art, I held back on what brought me to the museum.  This was not your ordinary cultural outing, but the fantastic wedding reception of Ben Cotton and Abigail Fisch, which was held in the museum’s Temple of Dendur. 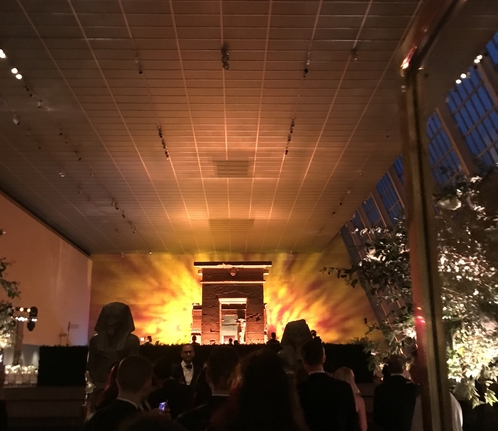 The Temple of Dendur

I love being in a museum after hours. As a kid, I read and reread From the Mixed-Up Files of Mrs. Basil E. Frankweiler by E. L. Konigsburg, in which two runaways hide themselves in the Metropolitan Museum. I wished I could have a similar adventure among the dinosaurs in the American Museum of Natural History, so decades later, when the first Night at the Museum movie came out, I was pretty much its biggest fan. I still laugh out loud just thinking of Robin Williams as Teddy Roosevelt saying, “Good lord, Lawrence! Why are you slapping a monkey?”

Anyway, Ben and Abigail’s whole evening was delightful — from the ceremony at the beautiful B’nai Jeshurun synagogue to the hora danced in the presence of some of my all-time favorite antiquities. 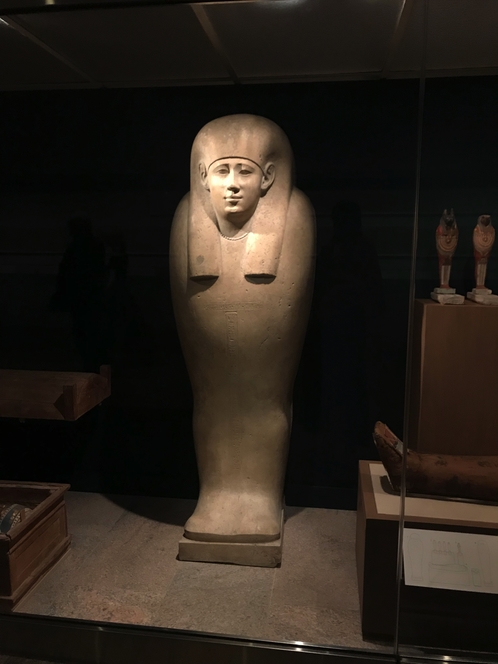 This guy is an absolute unit.

In hindsight, I can’t believe I didn’t hide myself in the museum after the celebration wound down. I would have felt right at home — there was even a cat to keep me company! 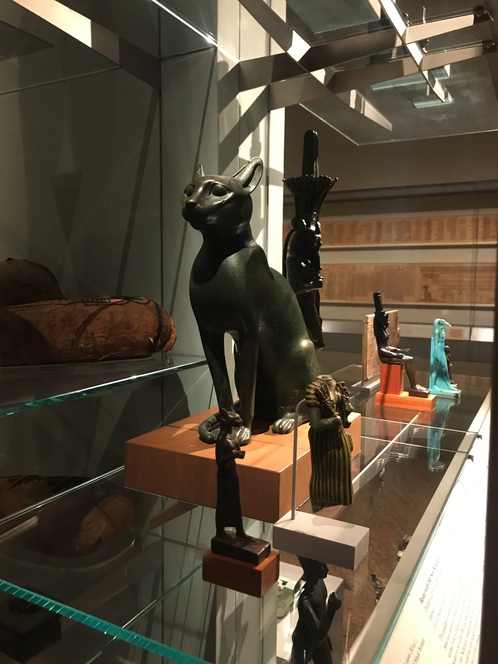 In ancient Egypt, there was a cat god, and cats have never forgotten this.

At least I wore a museum-worthy outfit, featuring a major vintage piece. You can click the photo to enlarge it; I didn’t want to cut my two friends out of the shot! 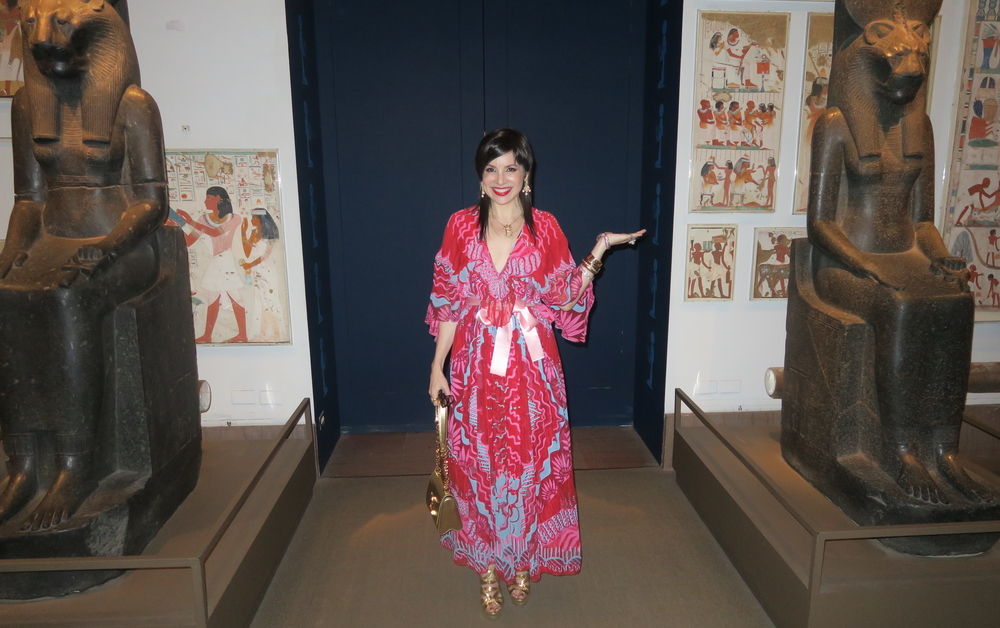 So that was the most dressed-up that I got this August. Exactly one week later, I was back to extreme casual for a #StopKavanaugh protest in Foley Square in downtown Manhattan. I actually didn’t plan to do an outfit post but when my designing friend Stacy sent me this picture of the two of us together, I was so amused that I had to share it. WHAT AM I DOING WITH MY LEG? Is it the hokey pokey? An accidental homage to Angelina Jolie’s crazy leg thrust at the 2012 Oscars? 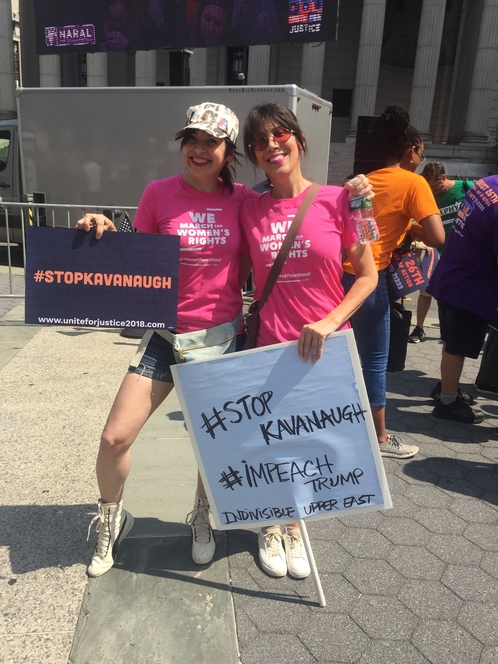 I was down one accessory by the time this photo was taken. I had this much-requested button pinned to the fanny pack (and yes, for everyone who has asked, I’m going to buy a whole bunch and give them away) …

… but I ended up pinning it on activist Patricia Okoumou. Patricia was the woman who climbed the foot of the Statue of Liberty on July 4 to protest the separation of immigrant families. She gave a rousing speech at the event, so when I saw a chance after, I wanted to shake her hand. She said, “Why not a hug instead?” Then I got all choked up and just kind of wanted to give her something, and I thought, “Everyone wants this button! It’s a good gift.”

I was so excited to meet @officialpatriciaokoumou that I gave her my coveted #votedemocratsgopisnuts badge. She let me pin it on her 😊 #kavanaugh #kavanope #uniteforjustice #savescotus

Patricia’s outfit was much more special than mine. The green was not only a perfect tribute to the Statue of Liberty — it was also the right color for a response to Melania Trump’s notorious Zara jacket.

You might also like
Wednesday's Video: Oscar Fashion Reality Check
Musings on Music, Reality TV and Thierry Mugler
Out With the Old-Old Haring Kicks, In With the New-Old
Previous Post: « Throwback Thursday: Appropriate for Tennis
Next Post: Your Vote Matters »