In the spirit of “April showers bring May flowers,” the Jewel of the Month is the poppy ring I created for my designing friend Zang Toi’s 2007 spring runway show. I also designed a matching bracelet, choker and giant belt buckle — all in gold-plated silver. 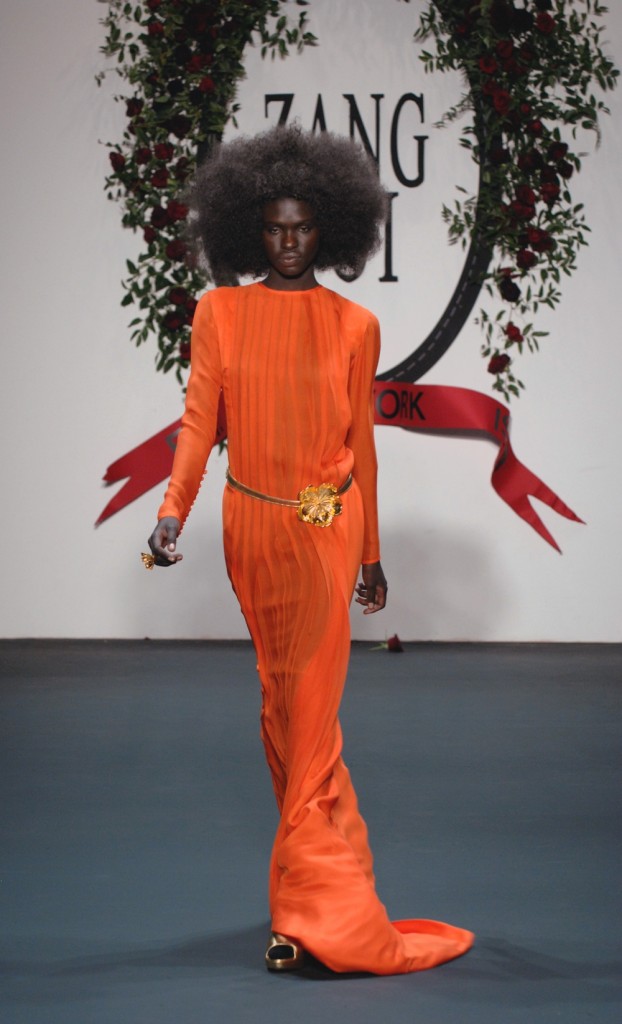 On the runway: Wendy Brandes for Zang Toi belt buckle and ring. 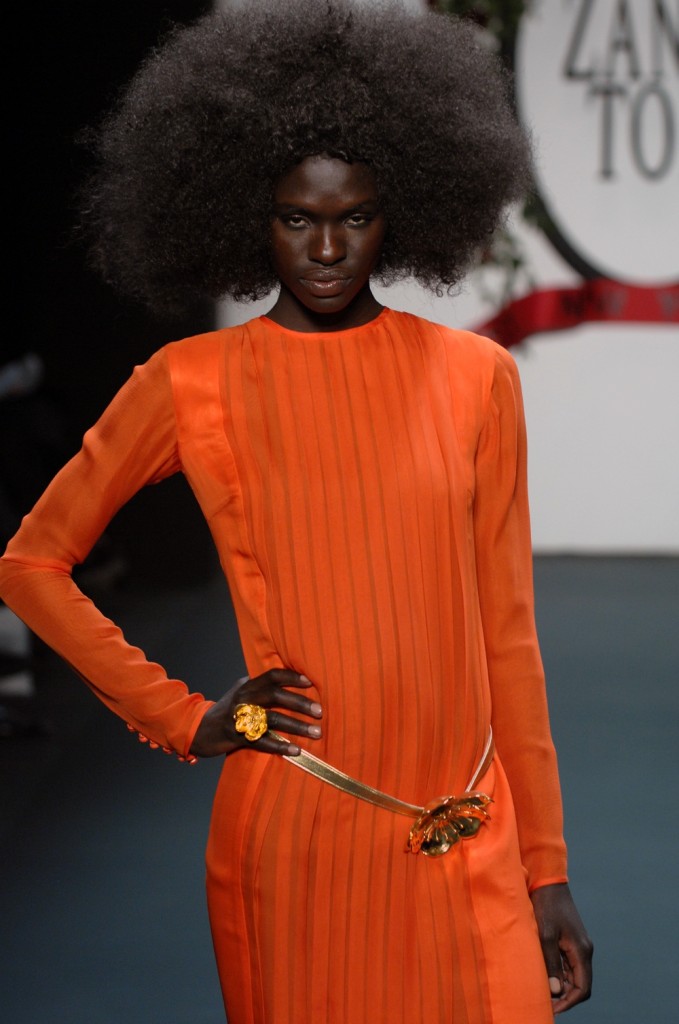 On the runway: A closer look at the ring. 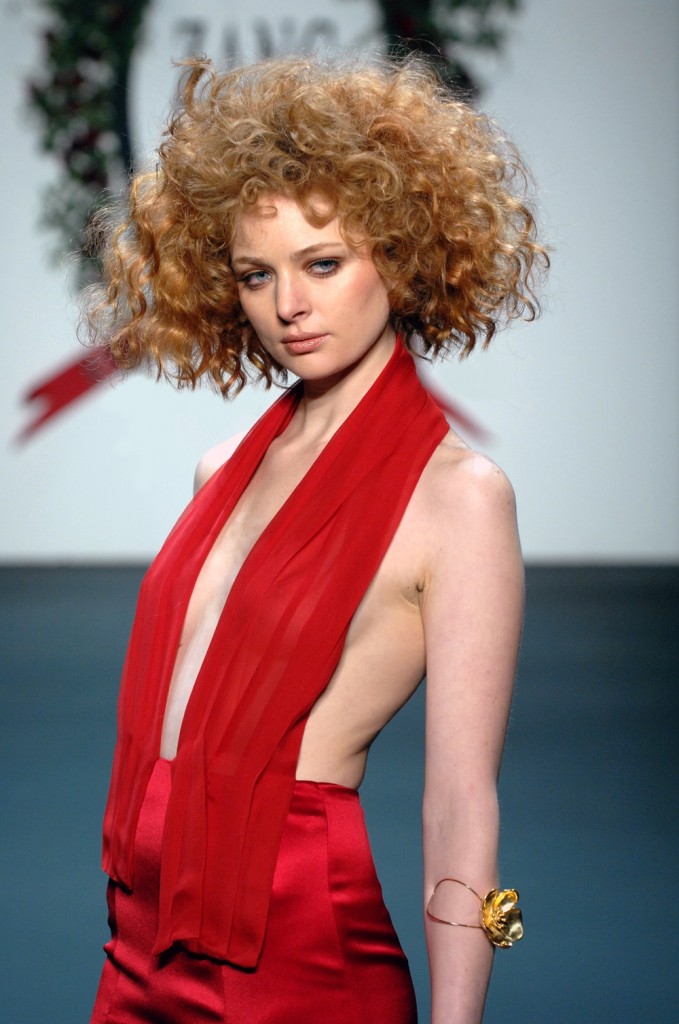 On the runway: Wendy Brandes for Zang Toi bracelet. 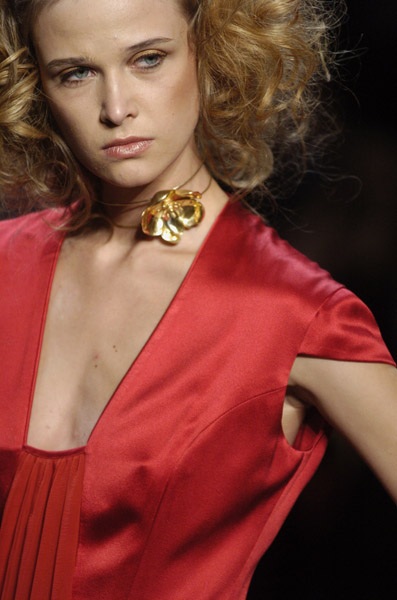 On the runway: Wendy Brandes for Zang Toi choker.

With Zang’s approval, I wore the ring myself with one of his dresses for New Year’s Eve, before the jewelry appeared in his show. 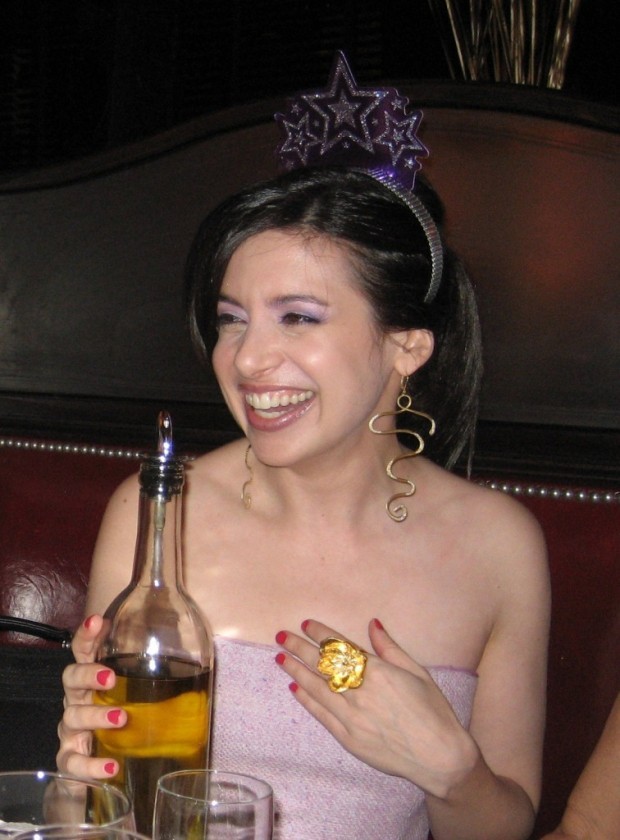 Wearing the Wendy Brandes for Zang Toi ring with Zang's dress and my Cleopatra earrings on Dec. 31, 2006.

Why is this ring Jewel of the Month more than four years after I made it? Because Zang customized one of his spring 2011 dresses for my gorgeous friend Christine. His original design was black with pink flowers … 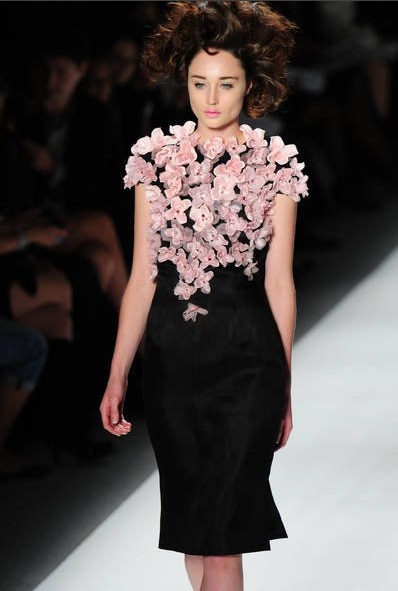 Zang's dress on the runway. Click for photo source.

… but he made it in chocolate brown with lavender flowers for Christine. 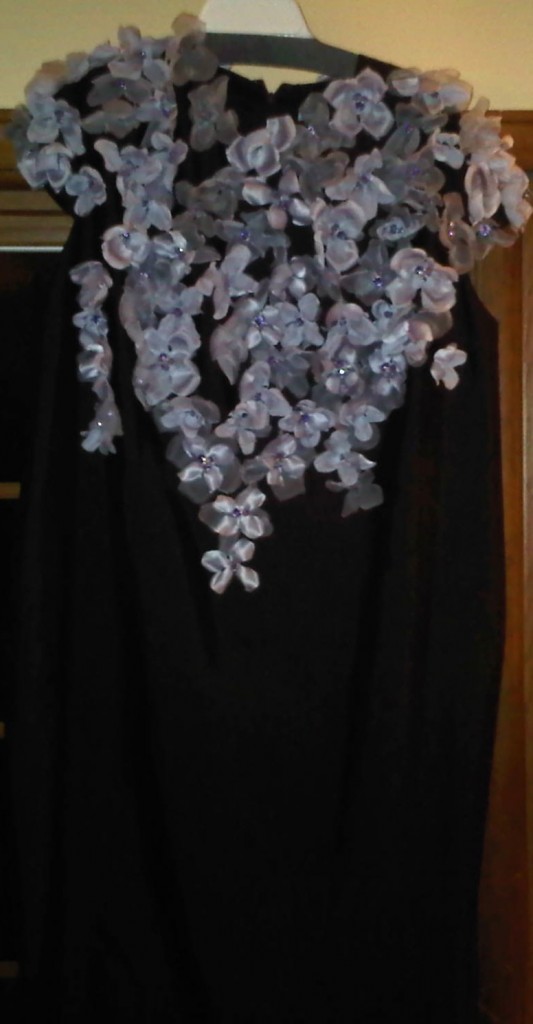 Christine's customized Zang Toi dress. (She couldn't pose in it because she's gotten so slim that it needs to be altered!)

Then he suggested adding amethysts to the poppy ring to match. And voila! 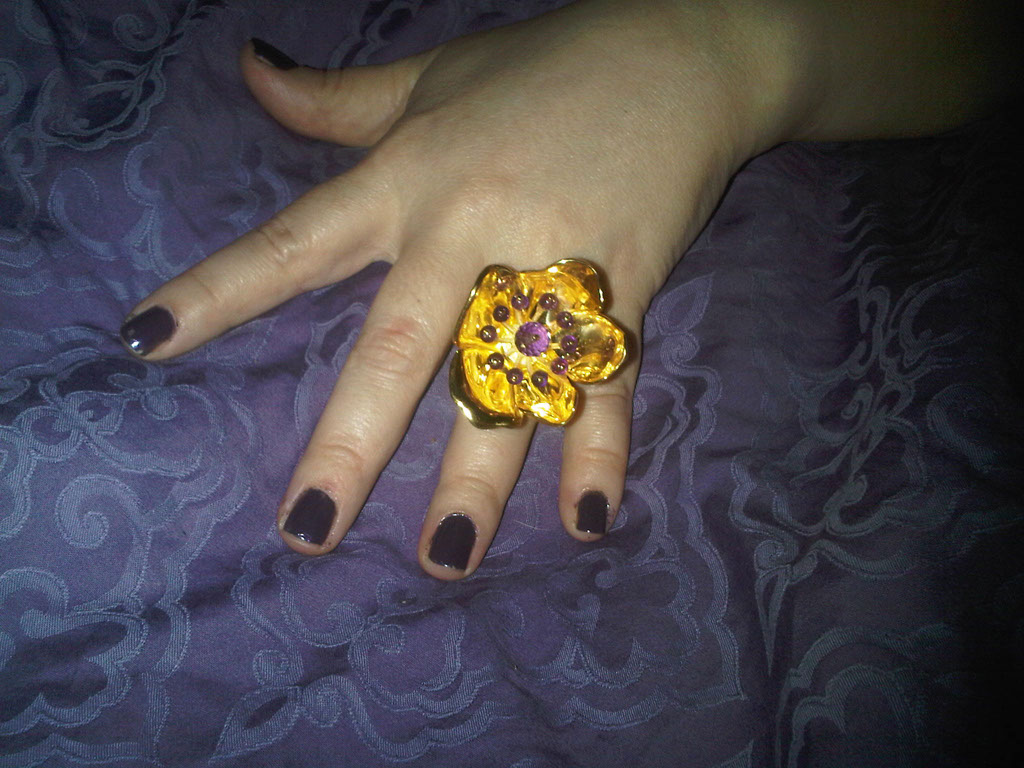 One of the things I love about jewelry is that I can always bring back an old design especially for you, as long as I have the original mold.  Jewelry designs are forever! 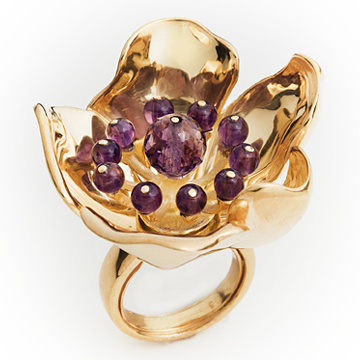