Gorgeous client Shell recently asked me which of my own pieces are my favorites. That’s a tough question! But here are a few things that I like to wear.

The Queen of Scots necklace, which you’ve all seen plenty of times (and I haven’t even gotten to my Mary Queen of Scots Book Club post yet!), is a good one because it is very visible and draws people in. A bold piece like this is great for shy clients who yearn to be a little more gregarious. You can walk into a room and everyone will come over to talk to you. I’m not kidding; it’s literally a conversation piece. If you have social anxiety, this is the cure. You just have to be brave enough to put it on and then your wallflower days are over. Why do you think I started designing big jewelry in the first place?

This piece is taking over the blog. I’m getting tired of its ass.
Queen of Scots Necklace © Wendy Brandes 2007-2008
Photo by John Muggenborg

For a long necklace, I’ve been wearing the Isabella wolf fang. You can’t see it in this picture but the wolf has cute little nostrils when you view it head-on. I think the nostrils are one of those funny details that can make a piece.

My Papessa locket in rose gold is at a shoot at Essence magazine.

The Diana ring has heft! I use a lot of metal in my pieces, which makes them expensive but very special. I have an onyx ring, which I didn’t design, that was made in Hong Kong. I’m selling it for $100. It’s a nice ring for that amount of money. But I love to have people hold that ring in one hand and one of my rings in the other. The difference shocks people. After that, they know they’re getting what they pay for with me. 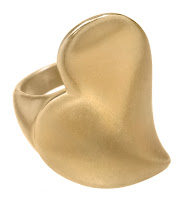 And now for something completely different!

How hot is Yoko Ono in these photos? 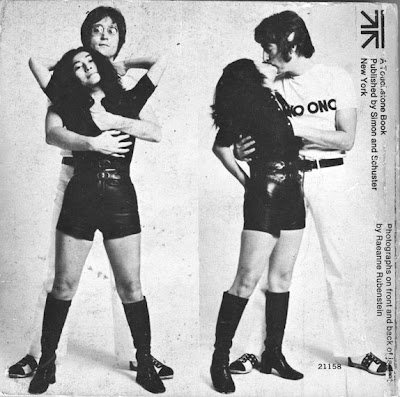 Are those leather shorts?
Photo from FAD

She’s got the sex-ay outfit and she’s being groped by a Beatle! That’s damn hot! You know, when I was 13 or so I wanted to marry Paul McCartney. Twenty years later, I married a different Paul who, in a bizarre twist of fate, is the same age as Sir Paul. In your face, McCartney! You had your chance! Now it’s too late. That’s what you get for unknowingly rejecting me because we never met. I’ve moved on. Don’t bother calling or writing. Do not send me large gift boxes of delicious Cadbury Dairy Milk. I will just eat them while watching Ice-T on Law & Order SVU with my superfantastic non-Beatle husband. It wouldn’t have worked anyway, because I’m not a vegetarian. But being a veggie doesn’t guarantee that someone is a good spouse, eh? You found that out the hard way. Good luck with that situation.

Closure at last! Anyway! As I was going to say before I so rudely interrupted myself, Yoko had a lot of hot looks. I’ll do a separate post on those soon.

You might also like
My Best Dressed at the Emmys: Emilia Clarke
Jewel of the Month: Twerk It in My Twerk Necklace
Swear Rings in Russia, Earrings on Perez
Previous Post: « Guess What Happens on November 1?
Next Post: Ossie’s Back! »