In honor of my 13th blogversary today, I’ve overcome some long-running technical problems and broken into my own blog in order to say hello. My dire need for a new website/blog developer (comment with your resume!) reminds me of the good old days of my blog’s random removal from listings by the now-defunct search-engine Technorati (2007); its incorrect categorization as spam by Blogger (2008); and the somewhat more recent ups-and-downs with a company I carefully refer to as “Poodle.” While a lot has changed in the world during my blogging career, my problems with technology have remained consistent and that’s … well, that’s something, isn’t it!

Despite the number 13’s bad reputation, this has been a happy week from a personal perspective. Yesterday, MrB and I celebrated our 19th wedding anniversary. And, more thrillingly, the day before that, Isabelle Steiger — my youngest stepdaughter — published her new book, The Rightful Queen. 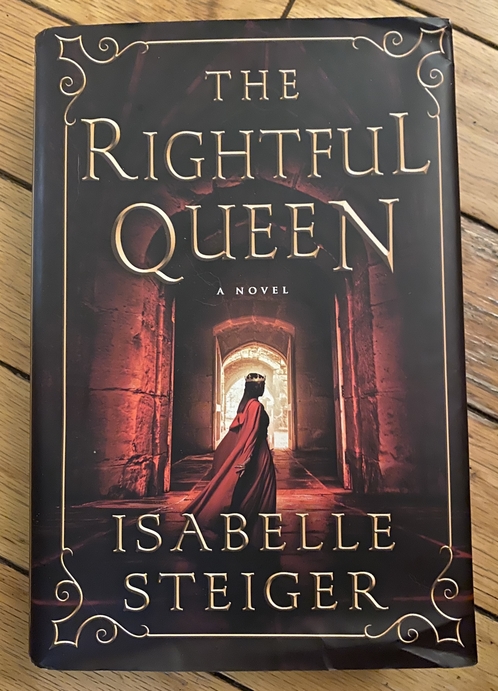 Click for reviews and shopping links. (Customization of dust-cover corner courtesy of Robin the kitten.)

This is the second book in an epic fantasy trilogy that Isabelle began with The Empire’s Ghost in 2017. 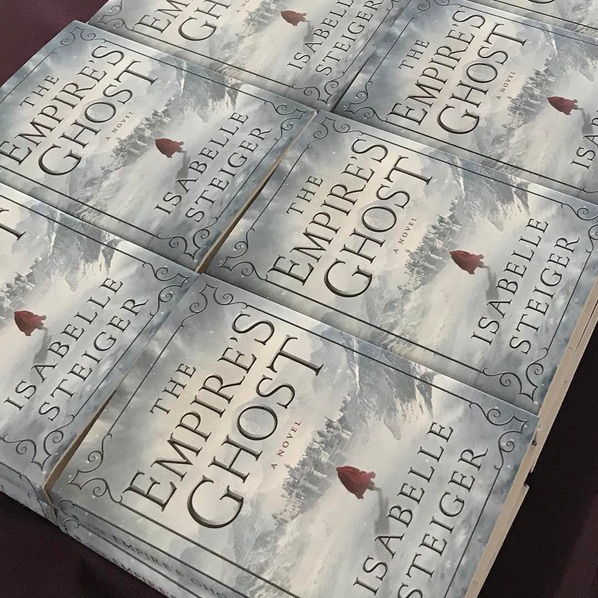 Click to read my original post on “The Empire’s Ghost” and learn all about the world Isabelle has created.

I loved the first book and not just because Isabelle wrote it. In fact, I was so engrossed in The Empire’s Ghost and its characters that I kept forgetting I’d known the author for most of her life. Instead, I would periodically think, “I’m so glad I picked up this book!” Isabelle’s talent is even more evident in The Rightful Queen, but you don’t have to go on my say-so: Here’s the Publishers Weekly review. 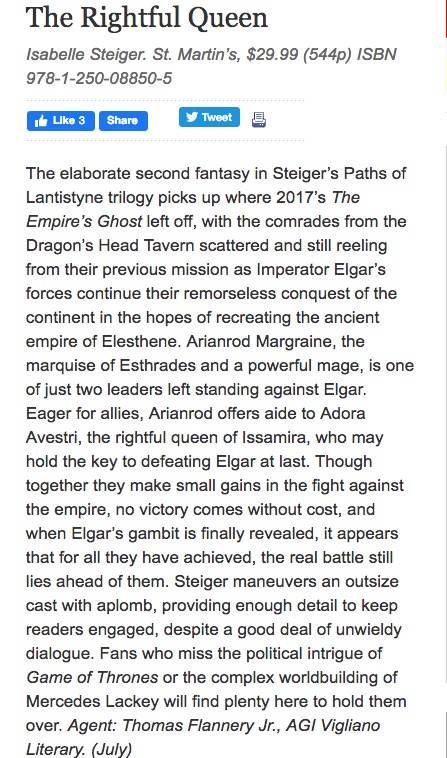 Both of Isabelle’s books are available at Barnes & Noble, other large retail chains, fine local bookstores, and libraries. Of course, it’s also available at that company that got its start as an online book retailer but now makes a lot of money selling information about people in order that the Trump regime may persecute them more efficiently. If we break up the tech monopolies like Elizabeth Warren told us to, I might be willing to mention that retail outlet by name.

You might also like
Bet You've Never Heard Anyone Say This
Woman Crush Wednesday Video: Debbie Harry
Throwback Thursday: 1995's Down by the Water
Previous Post: « Throwback Thursday: The Man, the Dog, and Liza
Next Post: Guess Who’s Back … With a Trump-Rat GoFundMe! »