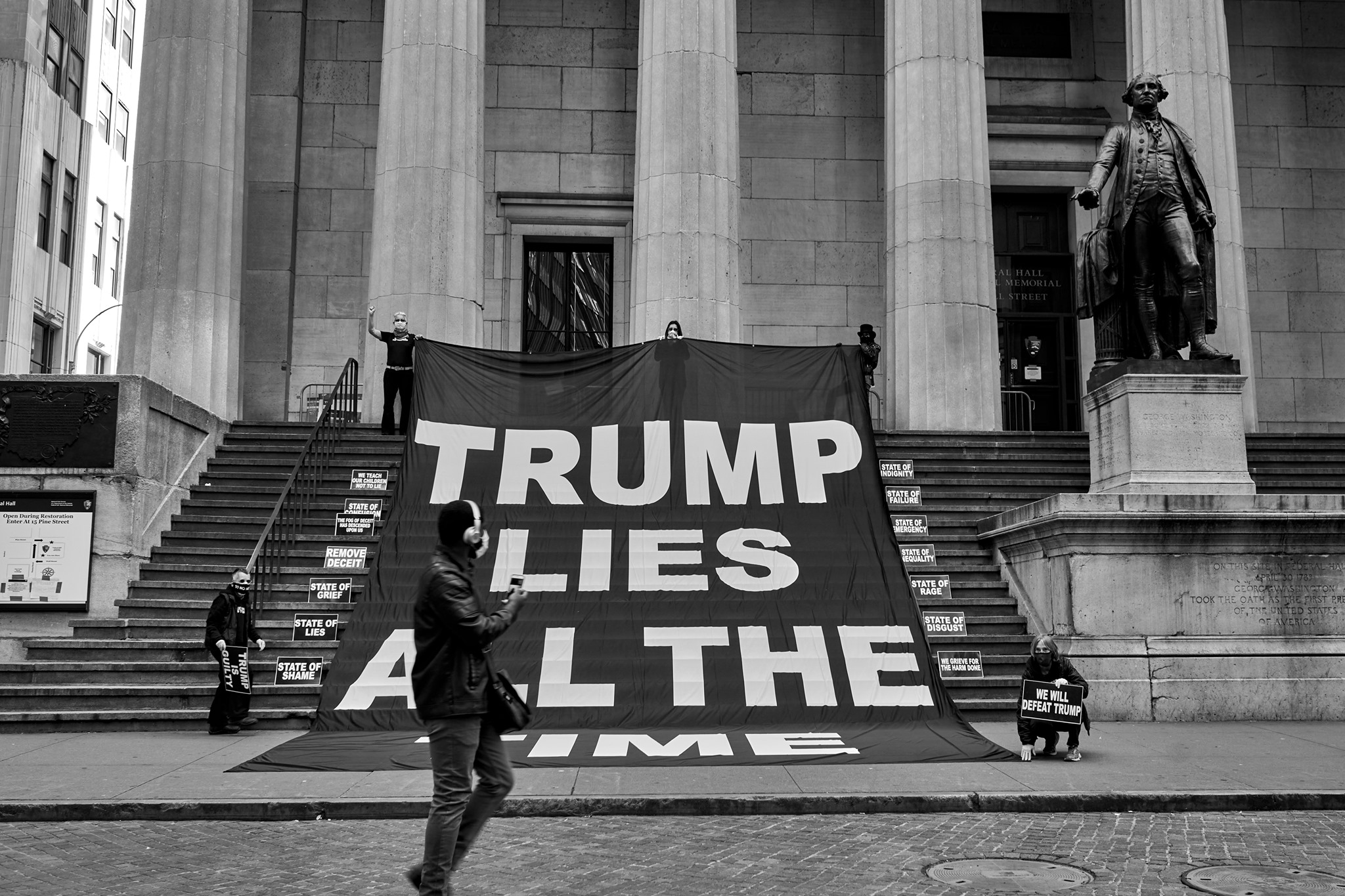 Photo by George De Castro Day of a curious passerby taking a photo of our giant Trump Lies All the Time banner. Click to enlarge.

… photographer George De Castro Day emailed me, “You know, the world might need a portrait of you with a mask and in that top hat.” For a moment, I was like, “How does George know I have a top hat?!” Then I realized I hadn’t updated the profile photo on my email account since 2015. 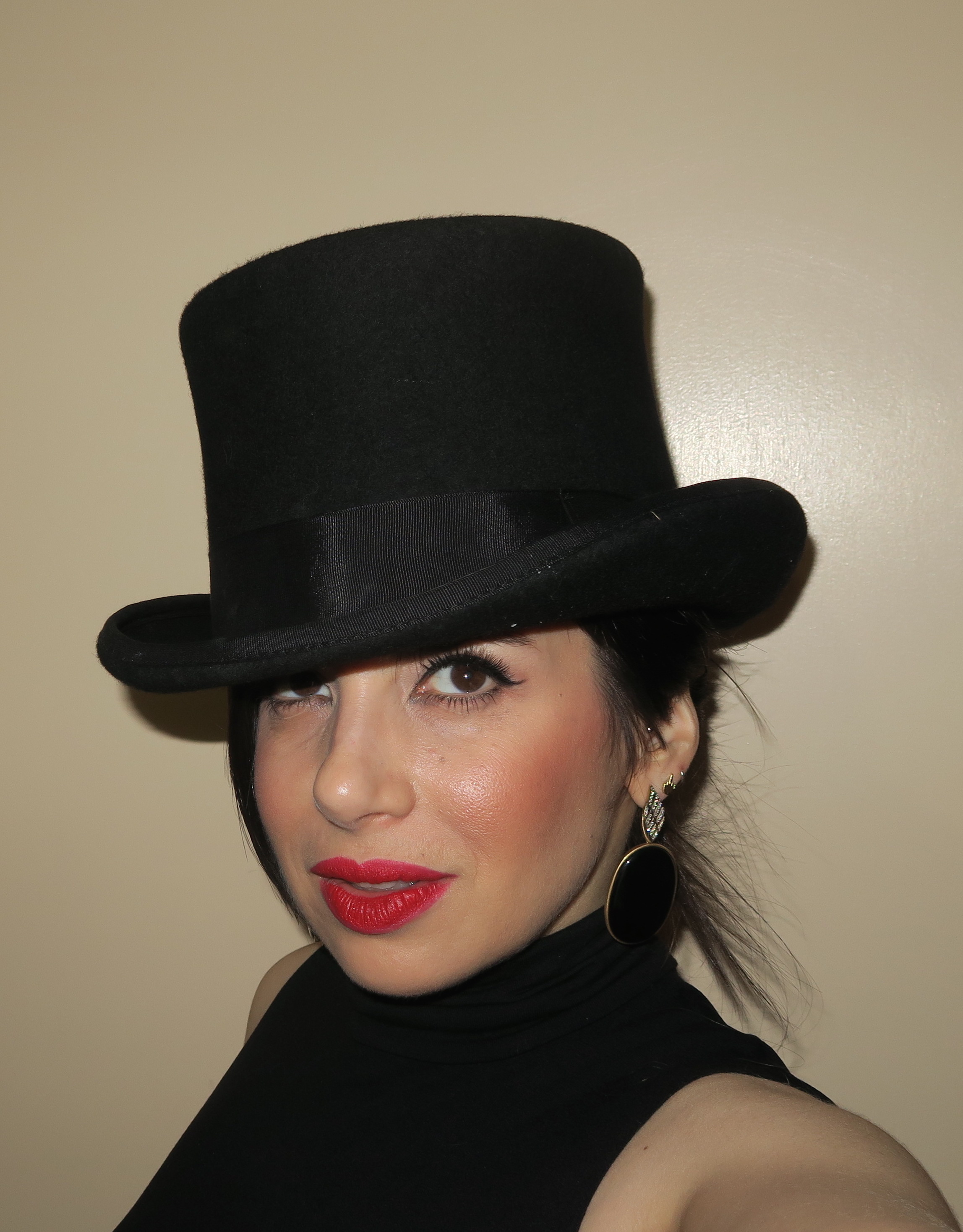 I’m always up for an amusing fashion statement so I wore my mask and carried my hat with me on the bus downtown. On the short walk to my group’s meeting place near Wall Street, I stopped to take a test photo with the hat on. Wow! I looked like an international woman of mystery. 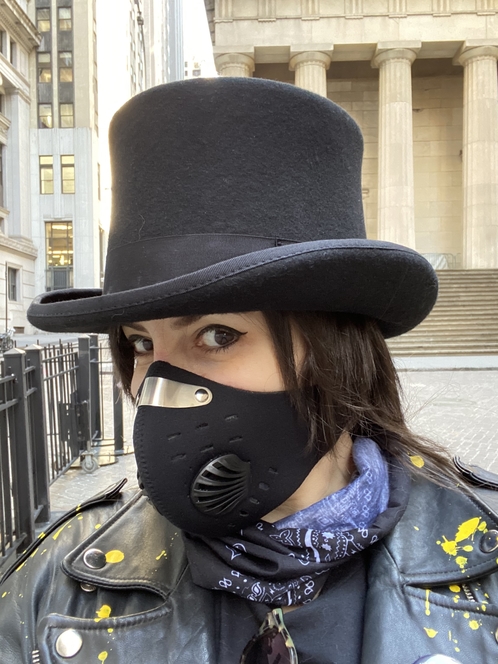 Later in the day, outside Mt. Sinai Hospital, George took this photo, in which I have a bandana-print mask from Hair Glove over the original filtered mask from RZ Mask. Even more mysterious! 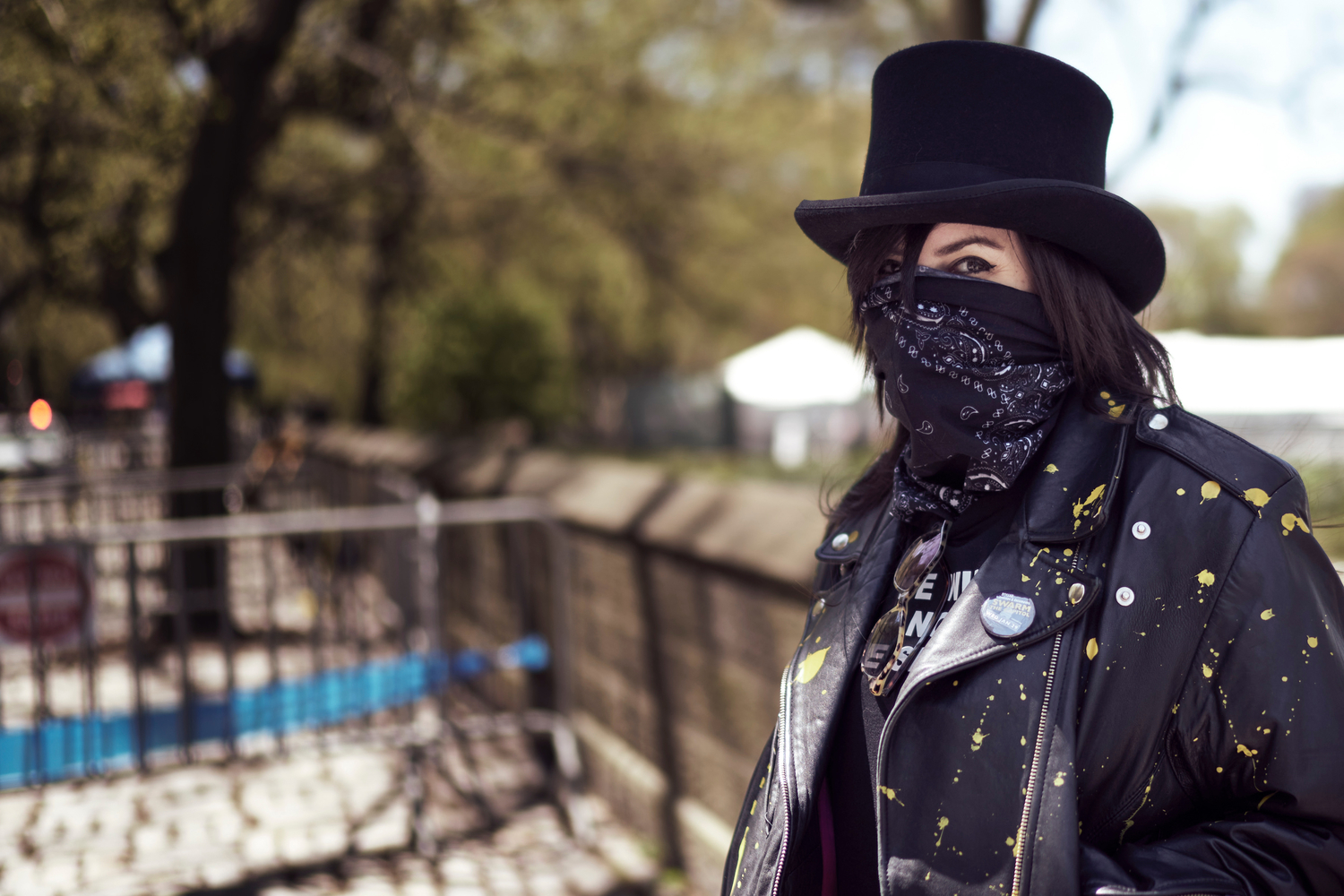 I was feeling pretty good about myself — out of my neighborhood for the first time in 45 days to do something meaningful and wearing a top hat as a bonus! Then George sent me this photo of my comrades Laurie and Barbara consulting. 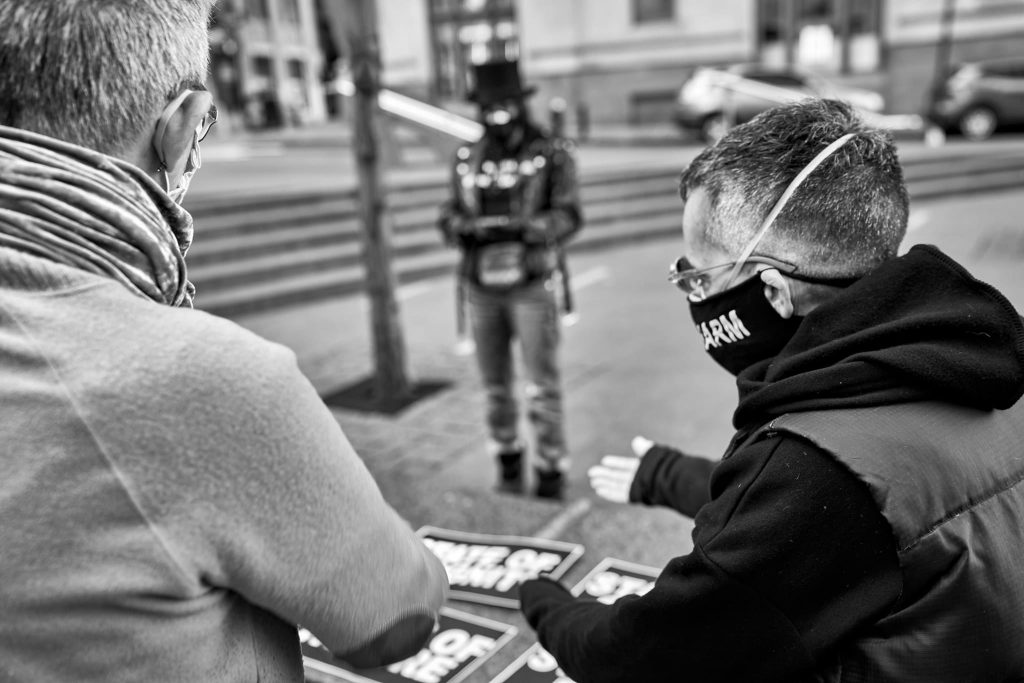 I first saw this on my phone and had to take a closer look at who or what was lurking in the background, looking like the Babadook. It is me. I am the Babadook. 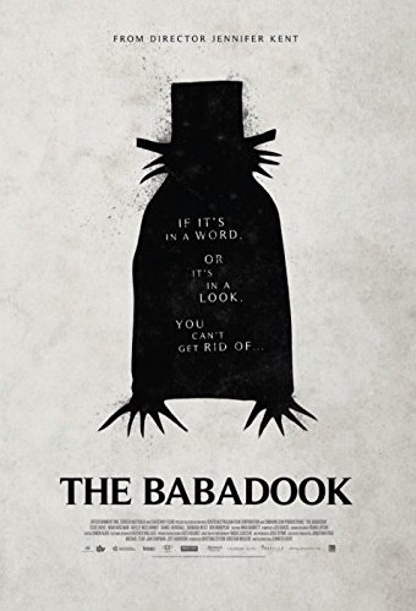 It got good reviews.

The Babadook was a 2014 horror movie that I have never seen, but I still recognized the character immediately. 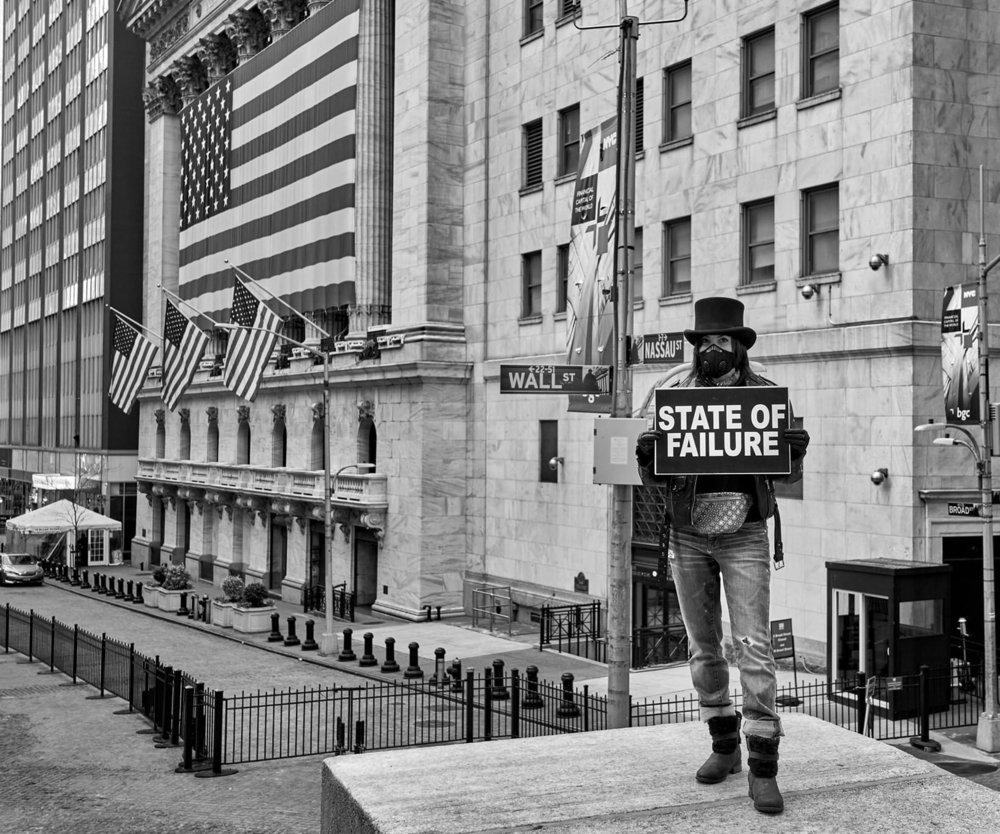 Here is the Babadook with the Fearless Girl statue near the New York Stock Exchange. 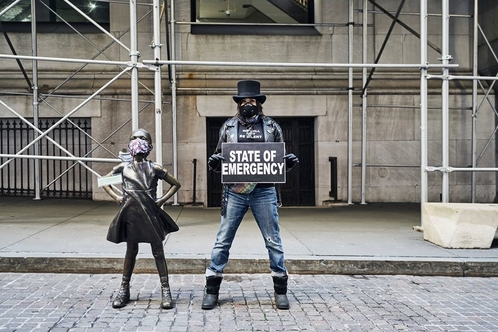 Here is the Babadook showing love to the front-line workers at Harlem Hospital. 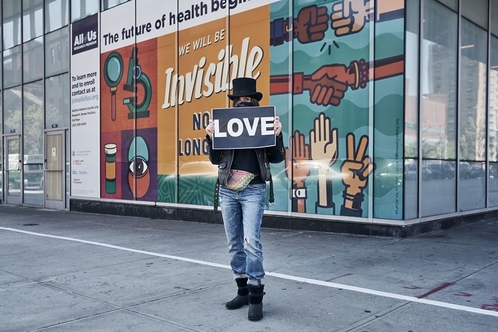 And here is the Babadook looking her most Babadook-ish at Central Park, near Mt. Sinai Hospital, where the Christofascist, anti-LGBTQ+ “relief” organization Samaritan’s Purse was allowed to set up medical tents despite opposition to the group’s cynical use of medicine to spread its hateful message. 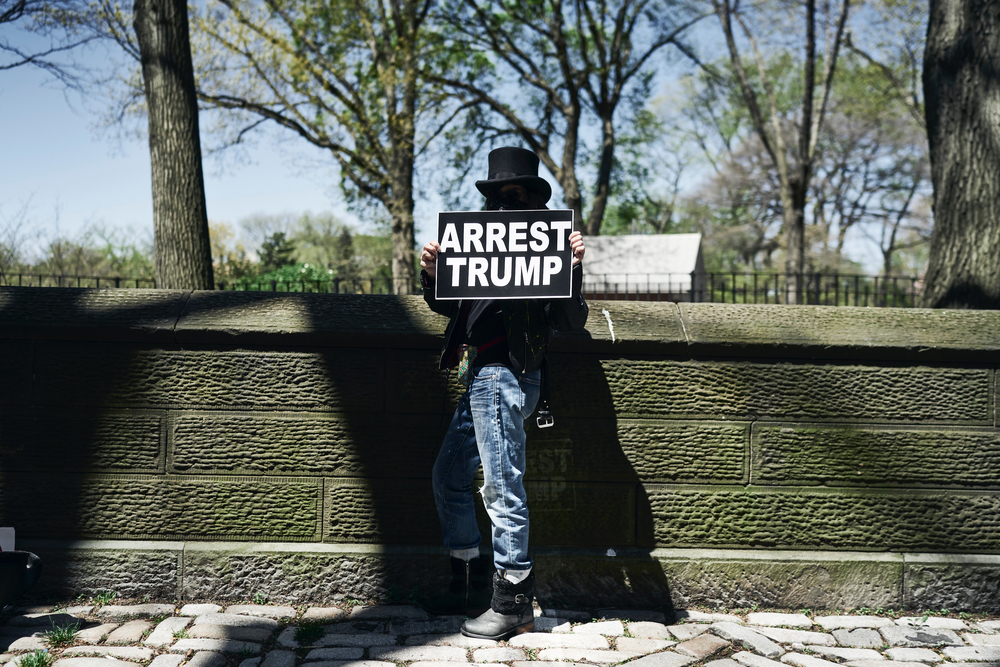 If you look carefully, you can make out the Samaritan’s Purse trailer behind the big “We Heart NY” banner. Typical! Hiding bad faith behind a display of love. 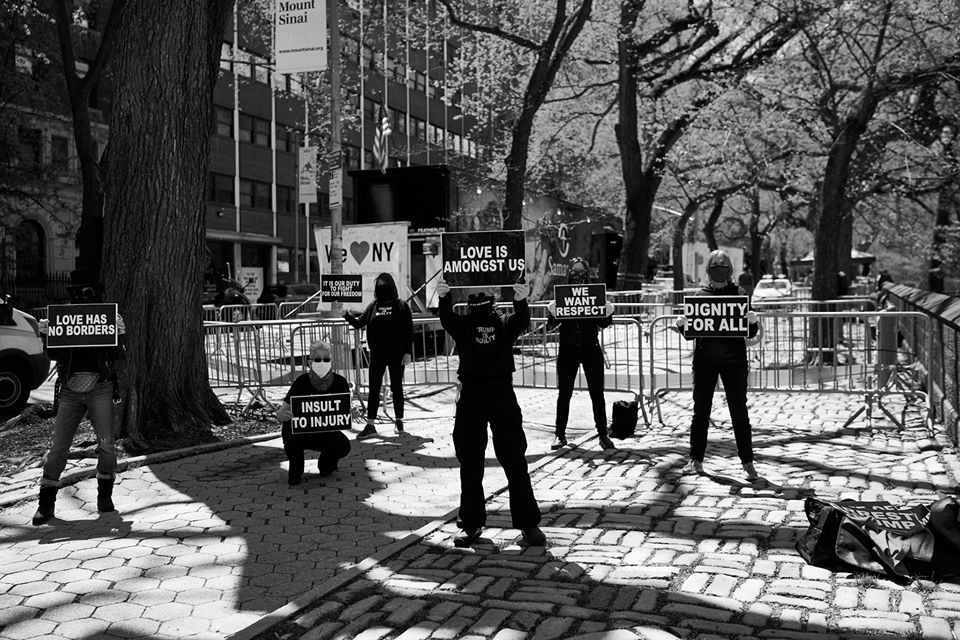 I was appalled that a Pultizer-prize-winning, ex-ProPublica reporter recently wrote a gushing article about Samaritan’s Purse for the New York Times, in which it took her 21 paragraphs to mention that the organization is run by fundamentalist Franklin Graham, son of the late and notorious televangelist Billy Graham. I’m not going to link to that article, which is a public-relations person’s wet dream. You can learn the truth about Samaritan’s Purse here. The Babadook happens to be a gay icon, and he/I/we/us are fiercely against any representatives of the religious right wing that coldly helped a completely unreligious, immoral man like Trump attain the presidency.

In fact, I’ve decided I am proud to look like the Babadook. Maybe I’ll replace my normal hat-with-ears protest outfit with the top hat permanently. Warning to the haters: You can’t get rid of the Babadook!

You might also like
Hanging Out With Christian Francis Roth
Throwback Thursday: The Vintage Dollar Dress
Jewel of the Month: Stars on Your Ears
Previous Post: « Trump Lies All the Time
Next Post: Throwback Thursday: Leather Painted by Lyko »