When I come home from parties, having indulged in a little Champagne, I like to make the pets pose for selfies with me.  Purrkoy the kitten is a frequent victim of my tipsy affection because he’s easier to grab than speedy cat FitzRoy and smells better than Gigi the dog.

This photo is from July 2013, when PK (as we call him) was about three months old. 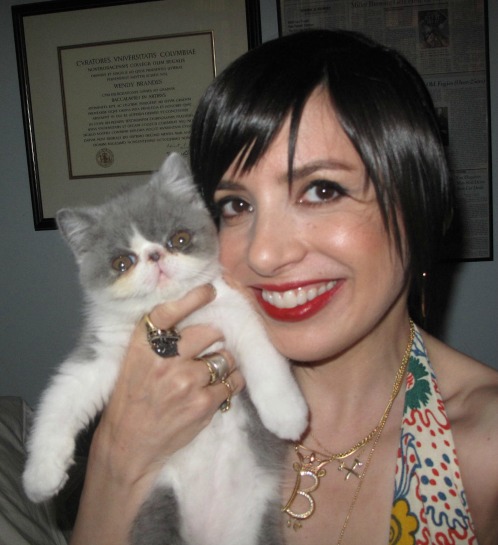 This is us last week. 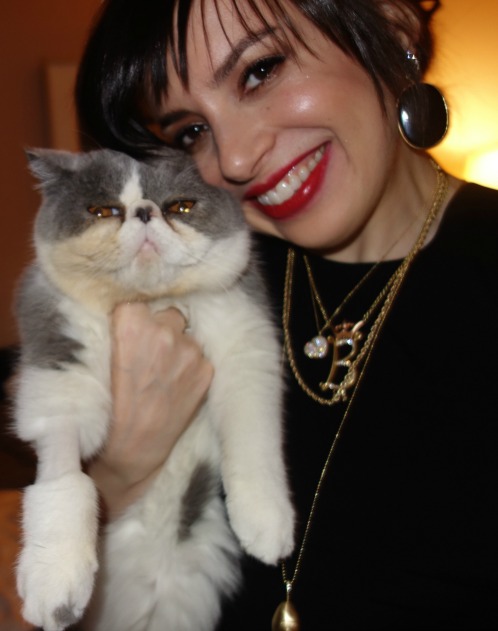 My, how he’s grown! He also looks a lot more jaded. Probably because he’s so over these Champagne selfies. If you’ve noticed that he looks like he’s wearing one Ugg boot, that’s because he has recently been neutered and that’s where they shaved his fur to insert an IV. He was being a bit of a hellraiser right before the surgery. We did hope he’d calm down, but, at the same time, we worried he wouldn’t be his normal silly self. No need to worry! Since the surgery he has learned to explore the refrigerator … 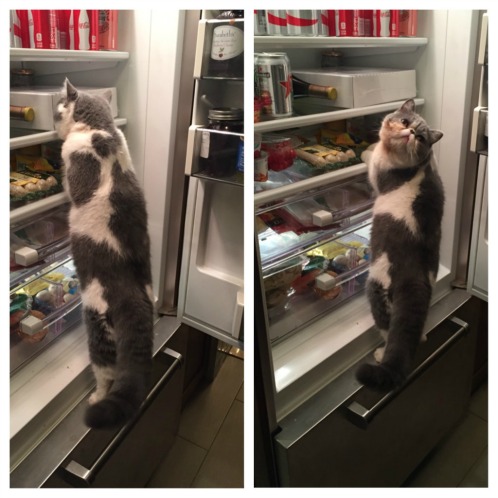 “Make me something good to eat!”

… and trained us to turn on the bathroom sink when he wants a drink.

He lets us know when he’s thirsty by standing on the toilet and yodeling, but I haven’t managed to get a recording of that special moment.

FitzRoy sometimes has less tolerance for PK’s shenanigans than the humans do.

Interestingly, right now PK is half a pound lighter than FitzRoy but looks heftier. He’s either big-boned or just really fluffy! You can see lots more silly pictures and videos on Instagram. Click here for FitzRoy and here for PK.

This reminds me that I still want a poster version of The Oatmeal’s cat-selfie breakup cartoon!

You might also like
Champagne Wishes, Caviar Dreams
Honorable Mention in the AGTA Spectrum Awards
What Wendy Wore: The Weinstein Company Pre-Oscar Party
Previous Post: « Are We Drunk or Do You See This Too?
Next Post: My Best Dressed at the Grammys: Sia and Her Child Minion »