Here’s the first photo of myself that I shared on this blog, from the second of three brief posts I published on July 27, 2007.

In it, I’m wearing my Anne Boleyn-inspired necklace, while posing outside Anne Boleyn’s childhood home, Hever Castle. My desire for a bold initial pendant had been with me since I was a kid, when I saw this famous portrait of the second wife of Henry VIII in a souvenir book my parents brought back from London. 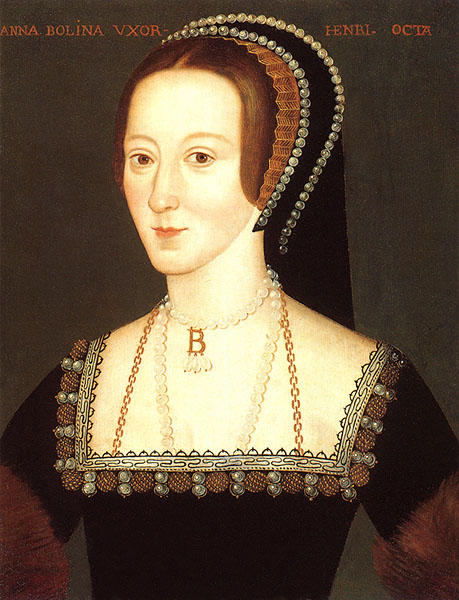 Anne’s necklace was made with pearls. My Boleyn necklace is not. 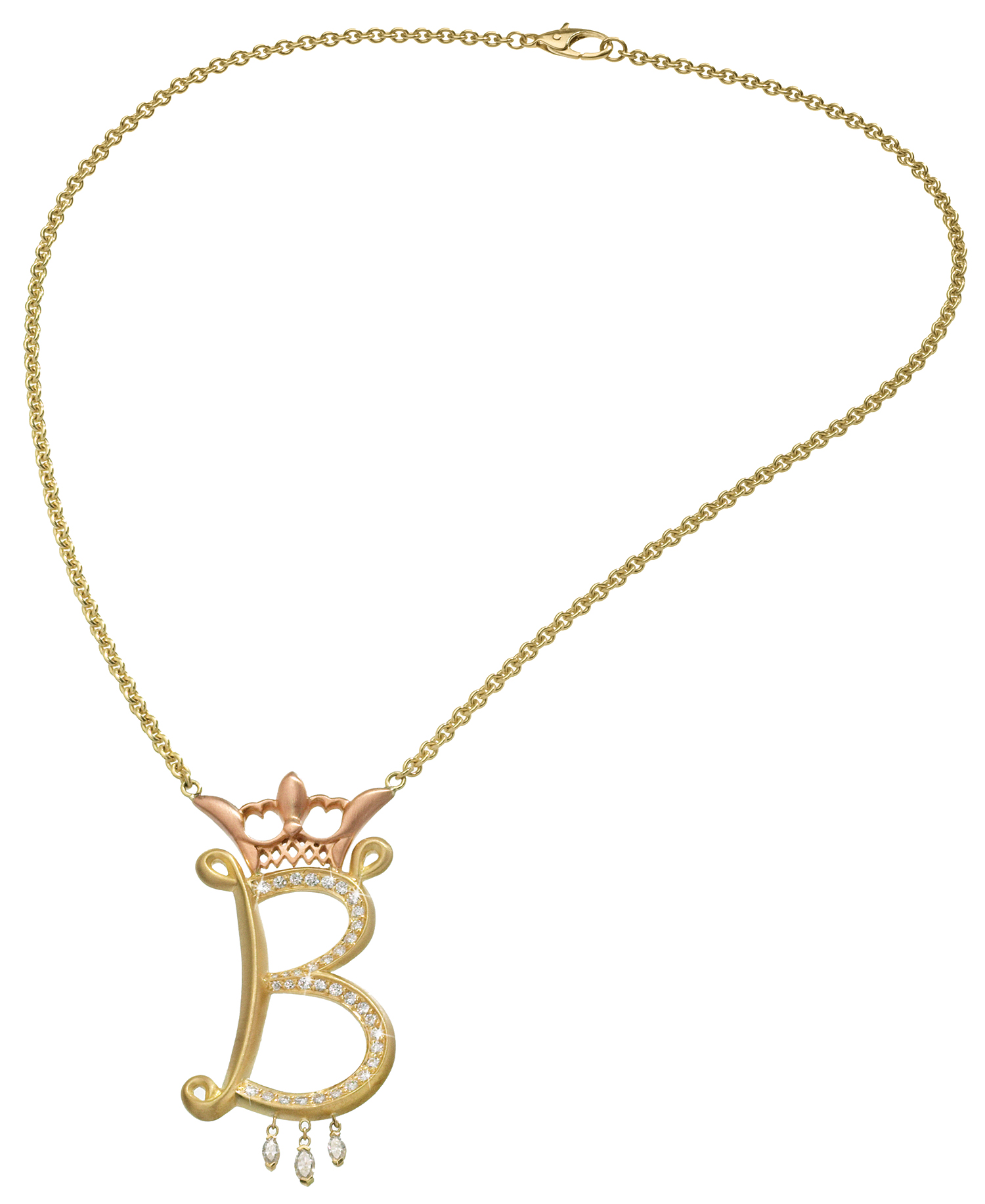 My personal Boleyn pendant. Click to enlarge. And go to wendybrandes.com to order your initial.

I’m often asked why I didn’t do an exact copy. The answer is that I like to put my personal twist on jewelry designs, even those that are inspired by history. If I wanted jewelry that looked exactly like jewelry from centuries ago, I could have become a dealer in antique jewelry. I have more fun using advanced modern-day metalwork- and gem-cutting technology to make fantasy versions of what I see in museums, rather than gift-shop-style reproductions.

All of this is on my mind now because of an article about the Boleyn original by Stellene Volandes for Town & Country. (Thanks to Cheryl Kremkow for pointing out the article to me.) Volandes had the necklace on her mind because of a big B necklace that appeared in Balenciaga’s recent runway show.

In her article, Volandes ponders what happened to the famous original necklace — to all of Anne’s jewelry, for that matter. I agree with the conventional wisdom: It was melted down and the materials were reused. People used to inherit and redesign valuable court dresses then, so they were certainly not going keep the even more valuable jewels of a beheaded queen intact when the woman herself was not. Until this article, I wasn’t aware of a rumor that some of the pearls from the initial necklace are set in the Imperial State Crown, and I don’t buy that. The current Imperial State Crown was made in 1937 — 401 years after Anne Boleyn’s execution. If Anne’s pearls ended up in any crown, they’d have been added to the Tudor crown worn by Henry VIII himself, and that was melted down in 1649.

If you’re wondering why I’m so fascinated by Anne Boleyn that I made myself a Boleyn necklace and wore it to her old house like a time-traveling creeper, you can check out this video I did last year.

I’ve created plenty of other Boleyn and Tudor blog content as well.

Of course, if you don’t conveniently have the initial B (hey, Cardi B, call me!), I’ll make you a Boleyn necklace in the letter of your choice. You can see the “M” and the “A” here. Holla at me at info at wendybrandes dot com and we can talk headless queens and initial jewelry.

You might also like
What the Fasshonaburu Bride Wore: Her Own Design
London Bloggers, the Queen and the Rock 'n' Roll Cobbler
WendyB Called; She Wants Her Look Back
Previous Post: « Wednesday’s Video: The Wedding Band
Next Post: The Week in Review »