Thursday book club is back. Yes, I know it’s Friday! Give me a break, I had a bad day yesterday. Also making a return appearance: the six wives of Henry VIII, or Henry teh 8 as the Googlers like to say. The mnemonic device for Henry’s wives is “Divorced, beheaded, died; divorced, beheaded, survived.” So far I’ve done Divorced #1 and Beheaded #1. If you’d like to catch up, here are the previous posts.

No, not the Jane Seymour of Dancing With the Stars! Henry’s third wife. The one who died. 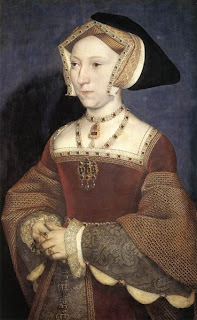 Henry, being a class act, became engaged to the somewhat mousy Jane on May 20, 1536, one day after the execution of his second wife, the alluring and tempestuous Anne Boleyn, on trumped-up charges of incest, adultery and witchcraft. He and Jane married after a suitable mourning period of 10 days. Jane had beaten Anne at her own game. Just as Anne had served as a lady-in-waiting to Katherine, so had Jane served Anne. Just as Anne had enticed Henry by denying him, Jane too played hard to get until the king became determined to marry her. Unfortunately for Jane, she failed to quit while she was ahead, so to speak, because just as Anne’s wedding to the volatile Henry marked her as not long for this world, so did Jane’s. 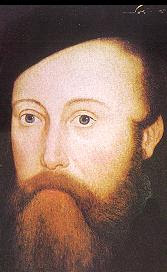 Jane’s brother Thomas Seymour was executed in 1549. The future Elizabeth I noted, “Today died a man of much wit, and very little judgment.”

Historians seem to lean towards seeing Jane as a pawn of her ambitious brothers Edward and Thomas, and the anti-Boleyn political faction, rather than as someone in control of her own destiny. But I think she was capable of coming up with performance art such as her refusal of Henry’s gift of gold lest it tarnish her honor; after all, she’d studied under an expert.

Unlike Anne, Jane did her job as a royal wife and produced the longed-for male heir, Edward, in October 1537. She went out on a high note by dying two weeks later and thereby guaranteeing Henry would always remember her quite fondly. The consolation value of Henry’s kind postmortem thoughts is debatable, but he did have her painted into a lovely family portrait eight years after her death. If that isn’t romance, I don’t know what is.

Click to enlarge the imaginary family get-together.
Via tudorhistory.org

Poor Jane hasn’t really gotten a lot of book action. As far as literary legacies, it’s better to live fast, die young and leave a beautiful headless corpse than to merely die young. Of course, Jane has her place in the books on all six of the wives. In addition, she’s the focus of the historical novel Plain Jane by Laurien Gardner. I was simultaneously entertained and annoyed by this book. While it’s generally agreed that Jane wasn’t cover girl material, she wasn’t hideous to look at, and Gardner has Jane constantly worried about her terrible looks. I think it would be more realistic for a lady of the time to obsess about her lack of dowry rather than the length of her eyelashes. Marriage among the upper class was all about money anyway. 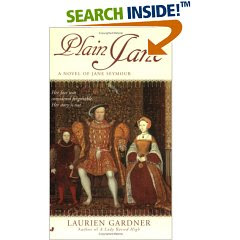 Also, we all have our tics, both in the physical and the writing world. We twirl our hair and overuse words. In a picturesque combination of the two tic varieties, Gardner has Jane gulping when she’s nervous. The words “Jane swallowed” appear often enough to make me wonder if whether the action was taking place in a palace or a brothel. 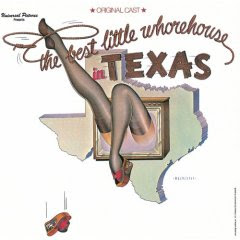 Still, the book gives Jane a back story and moves along well. By the way, the baby prince that Jane sacrificed herself for grew up to be a right royal pain in the ass who died quite young. And, as we all know, after all of Henry’s marital and reproductive shenanigans, it was Anne Boleyn’s daughter who grew up to be the beloved and long-reigning Queen Elizabeth I.