Look who has joined my flat-faced animal family! 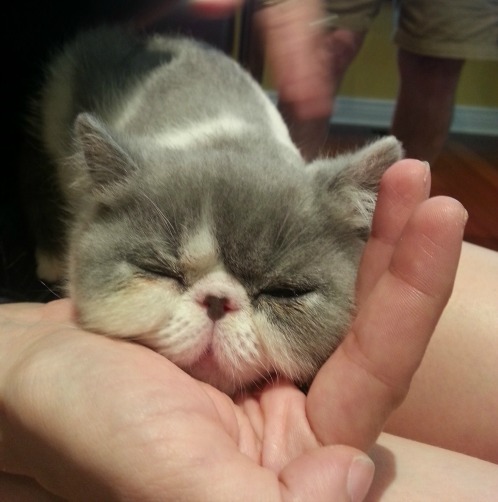 This is Purrkoy, an Exotic Shorthair kitteh from breeder Lynn Cooke of Callyn Cattery. My older kitteh, FitzRoy (aka #thecatinthebowl), who joined us in 2012, has quite a few Instagram cat friends who were from Lynn, so that’s how we found her and Purrkoy.

The name Purrkoy fits in with a theme we have going on here. It started with Henry the dog, a Pekingese rescued from the ASPCA in 2006. I named him after Henry VIII. Like the serially monogamous English king, Henry the dog is stocky, red-haired and possessed of a rather peevish expression. 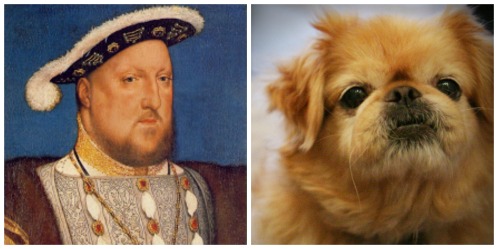 The similarity is obvious, no?

When we got a ginger-haired cat in 2012, the name “FitzRoy” was the clear choice. FitzRoy (or Fitzroy) is an Anglo-Norman name that means “son of the king.” Several English monarchs gave it as a surname to their illegitimate children. Henry VIII’s only acknowledged  illegitimate child — his son with Bessie Blount — was named Henry FitzRoy. 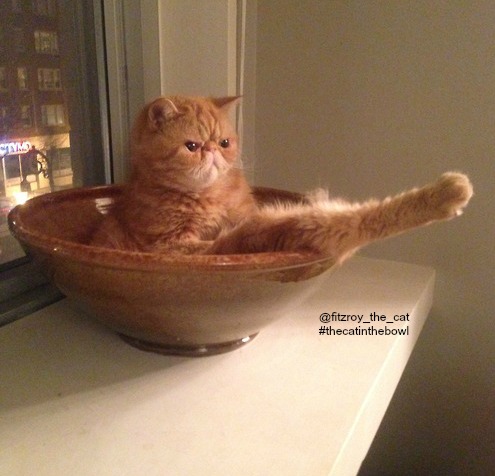 This photo of FitzRoy in his beloved bowl has nearly 60,000 notes on Tumblr! Click to see.

One of my favorite Tudor anecdotes is about a small dog owned by Anne Boleyn, the second and most famous wife of Henry VIII. The much-loved pooch was named Purkoy, thought to be a variation of the French “pourquoi” or “why?,” appropriate for a breed with an inquiring expression/head tilt. The dog died by falling from a window (he might have been assassinated!) and people were so scared of Anne’s reaction that they went to Henry himself and made him break the bad news to his queen. The idea that the court was more frightened of Anne at that time than of the king, who was rapidly turning into a murderous tyrant, has always amused me, so I’ve kept the name “Purkoy” in the back of my mind for years. When I started looking for a new kitty I realized an extra “R” would make the name cat-appropriate AND it would rhyme with “FitzRoy.” Voila! Now we have Purrkoy. 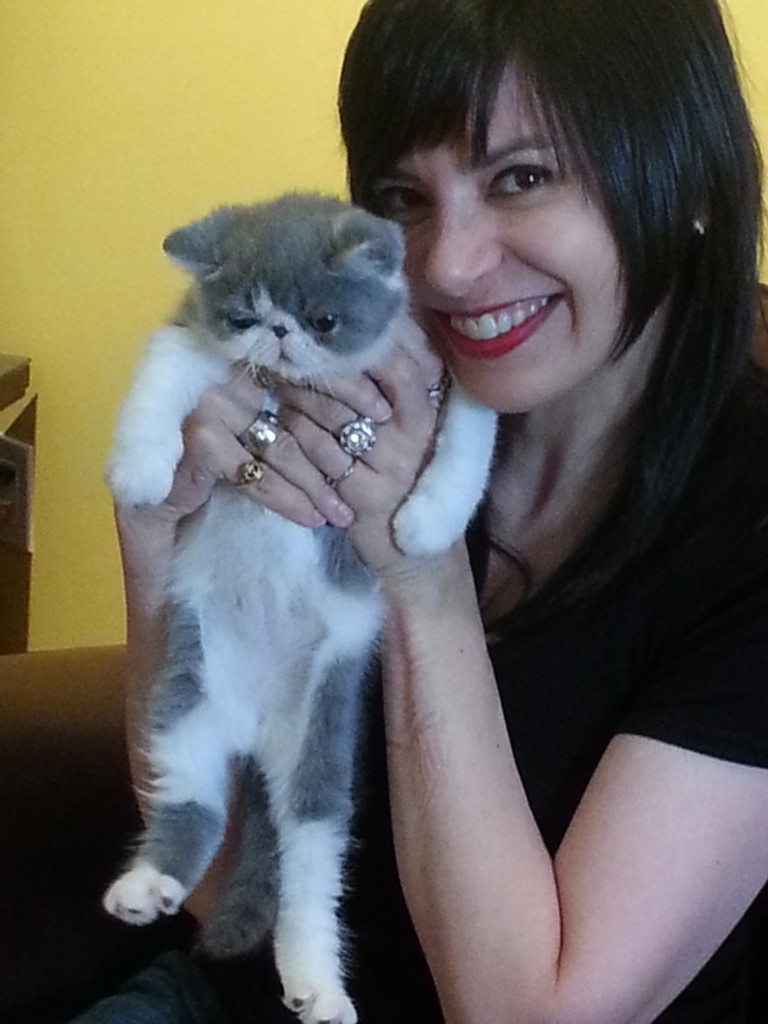 Meeting Purrkoy for the first time at Lynn’s house. Photo by Stacy Lomman.

Our Tibetan spaniel, Gigi, rescued in 2003, is the exception to the naming rule. She got her name from her original family. She had no training and recognized no commands, but she knew her name! Therefore, I didn’t change it. After I got her, by the way, I found out that her family had simultaneously re-homed her sister, Candy. Candy and Gigi? Were these dogs strippers in another life?

We are introducing Purrkoy to the household slowly. He’s living in the second bedroom for the moment. Gigi and Henry haven’t met him yet, but, judging by the special enthusiasm with which the increasingly incontinent Henry is creating puddles in new places, I’d say they know something is going on. FitzRoy and Purrkoy have had some supervised playtime, which the latter enjoyed very much. FitzRoy is still thinking it over.  At least Fitz won’t have to share the big orange bowl he likes to lounge in. Animal aunt Stacy Lomman thoughtfully got the kitten a baby-sized gray bowl of his own. 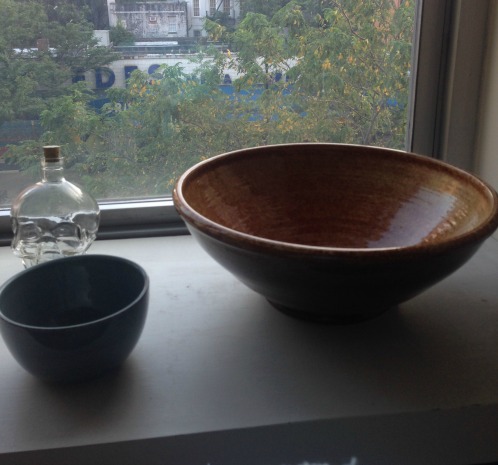 I was planning on having FitzRoy continue to be the Instagram spokesanimal for the whole group, but then I went ahead and made Purrkoy his own Instagram just in case. Here it is. And if you love kittehs, don’t forget to follow Fitz here. Henry and Gigi make guest appearances on that account.

Well, MrB just informed me that the kitty has woken up from his latest nap and is crying for some company. That must mean it’s time for more of this.

I could watch him play with that all day!