There are many, many Anne Boleyn books to read. I’ll give you a few more in this post. I’ve already posted my favorite ones here:

First, some jewelry comments for those who haven’t read the other Anne Boleyn entries or who have questions about the Boleyn initial necklace seen in the portrait below. 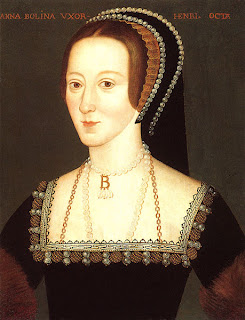 The portrait is the most famous image of Anne. The necklace worn by actress America Ferrera in the TV show Ugly Betty is a reproduction of the Boleyn necklace.

The reproduction necklace was made by Parrish Relics and is available here (in any letter) for $192. If you’re inexplicably interested in paying more money for the exact same product, you can buy the necklace from ABC for $250.

In my opinion, the best thing to do would be to pass on both of those options and start saving your pennies to buy my diamond and 18K gold interpretation of the necklace. My version isn’t a literal interpretation of the necklace from the portrait because I was striving for a more graceful effect. The original is kind of clumsy-looking, don’t you think? 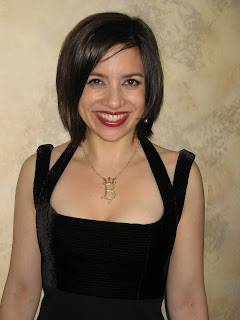 The first time I wore my Boleyn pendant was to a movie premiere of … Marie Antoinette. Well, they were both beheaded. Close enough. I’m wearing a vintage Herve Leger dress with it.
Now for my remaining book suggestions. These are all historical fiction. 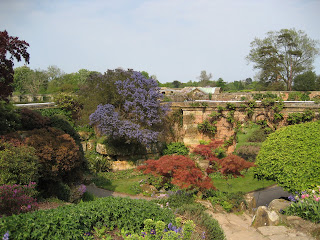 Photo I took of the “blue garden” at Hever, Anne’s childhood home. This garden of blue and purple flowers is a recent though beautiful addition. It didn’t exist in Anne’s time.

If you’re a real Anne fan, you’ll want to read the sexy letters Henry sent to her during their courtship. (He may not have reached home plate for about seven years, but he definitely got a base hit, to speak anachronistically.)

Finally, there’s a persistent myth that Anne had a sixth finger and/or a disfiguring goiter on her neck. It’s safe to say that is untrue. No eyewitness accounts mention any such physical characteristics, and people at the time pored over the appearance of kings and queens the way you study those hi-res upskirt shots of Britney Spears. Don’t lie to me. I know you’ve done it. Also Henry had a horror of illness and physical deformity. While he became grossly obese with oozing sores in his later years, he wouldn’t tolerate flaws in his women. He was the king! He didn’t have to. Anne was dark-haired and olive-skinned, so she wasn’t the ideal beauty at a time when the preference was for rosy-skinned blondes. She had great charisma, though, and alluring dark eyes, the latter causing the 16th century haters to refer to her as “the goggle-eyed whore.” Yeah, they were just “jellus,” as we say nowadays. 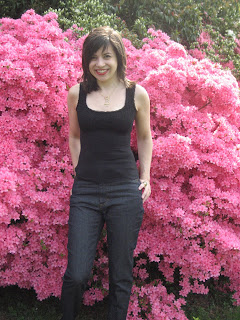 Here I am wearing my Boleyn necklace in the gardens of Hever. I highly recommend a visit.
Next week: Henry’s third wife, Jane. Thank God no one has ever had much to say about her because Anne has worn me out!
You might also like
Throwback Thursday for Chinese New Year
Thursday Book Club: Jane Seymour
New Cufflinks for Valentine's Day
Previous Post: « Kova & T Latex Leggings Are Available!
Next Post: Consolation Prize »