Henri Bendel — the New York department store with the instantly recognizable brown-and-white striped packaging — is closing after 123 years in business. 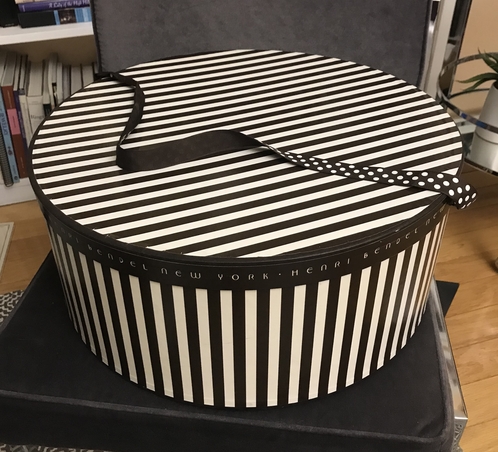 I still have two hat boxes from Bendel’s. There was always a good hat selection.

Bendel’s was one of the four chic “B” stores in New York along with Bloomingdale’s, Barneys, and Bergdorf Goodman.  For a long time, the store was near and dear to my heart, especially in the 1990s, which is when I went to the Garren New York hair salon located inside. Hair stylist Garren cut the hair of my favorite supermodel, Linda Evangelista, so it was clearly the place to go. Garren himself didn’t cut my hair; he was too big a celebrity for me to afford. If I recall correctly, I had my hair cut by a guy named Jeff at first.  Then there was an appointment mix-up, and I turned up on Jeff’s day off. The woman at the front desk said, “I can put you with Keith Carpenter” — and that’s the Keith Carpenter who still cuts my hair today! Keith did my beloved perm in 1995. 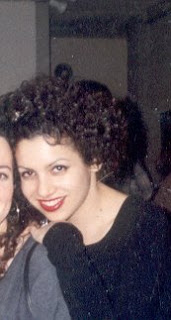 Less than a year later, we switched it up to this. 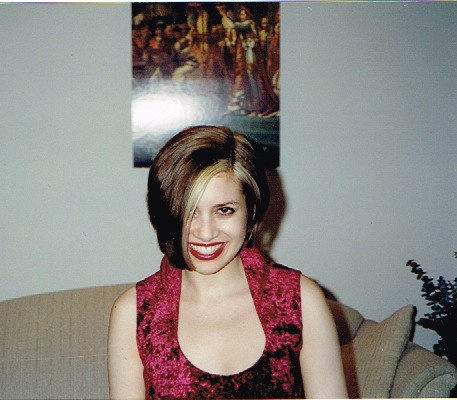 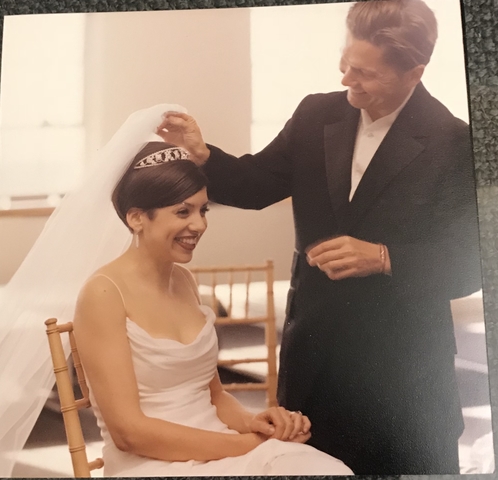 … and did maintenance on my mullet at the beginning of this month.

Without Bendel’s, there might be no Keith in my life!

I shopped for clothes at Bendel’s as well. I had plenty of their in-house brand of sweaters. I got a crazily tie-dyed cashmere sweater from Bendel’s in 2003, and a short-sleeved, cropped, AND ruffled jacket in 2008. (I still have the jacket but not the sweater.) I’m pretty sure it’s where I got the two James Perse t-shirt dresses I still wear all the time.

I’m actually surprised it took this long to close, because everything that made it wonderful had been stripped away over the past decade by corporate owner L Brands. L Brands, which also owns Victoria’s Secret, started opening Bendel’s stores outside of New York in 2008, even though the most special thing about the retailer was the single beautiful location on 5th Avenue. The name didn’t resonate anywhere else. Then, in 2009, the New York store stopped selling clothes to focus on accessories, makeup, as well as what I would call odds and ends. The upper floors were closed, and it felt as if a lesser store was squatting in the formerly glorious space. A few years ago, Bendel’s stopped carrying outside brands to go private label with its accessories — and this was a store that used to introduce important designers to the world. There was no there there anymore, to borrow a phrase from Gertrude Stein. Alas! Well, I have my memories, my hat boxes, and most importantly, Keith!

You might also like
Throwback Thursday: Short Hair, Suit Jacket
Coachella 2016: What Wendy (and Other People) Wore
What Wendy Wore: Embarrassed With Bill Clinton
Previous Post: « Jewel of the Month: Sexy Emojis Say Sayonara to Silver
Next Post: What Wendy Wore: Bendel’s Ruffles for an Ear Piercing »