The past two weeks have been wild around here!

The big news was the announcement that the Columbia Daily Spectator — the undergraduate newspaper of my alma mater, Columbia University — would focus on its website, while reducing its printing schedule from five times a week to once a week. As the chairman of the Spectator’s board of trustees, I spent a lot of time discussing this plan, which was put forward by the students. Spectator is the first of the Ivy League newspapers to make such a move, and that resulted in a lot of news coverage. Word of the proposal got out, so the New York Times and the Wall Street Journal both reported the story with quotes from me before the trustees voted.

After the vote, there were two more stories.

During the review of the Spectator proposal, I thought about previous experiences I’d had at work with big Internet-related changes. That inspired me to write a history of my professional experience.

While all this was going on, I got some press for my jewelry as well.

And over at fabulous jewelry blog Adornamentality, I got a shout-out in the highlarious Mother’s Day gift post, “Jewelry Fo Yo Momma.”

MrB was busy too, making a splash on business-news network CNBC, which is celebrating its 25th anniversary.  He wrote an excellent essay for the website and appeared on the show Squawk Box. The embedded videos I put in my post apparently aren’t working for a lot of people, so here are the direct links to four clips. I hope these work!

But the big star in the family is FitzRoy the cat. I was excited when a photo of him sitting in his bowl got over 900 likes on Instagram … 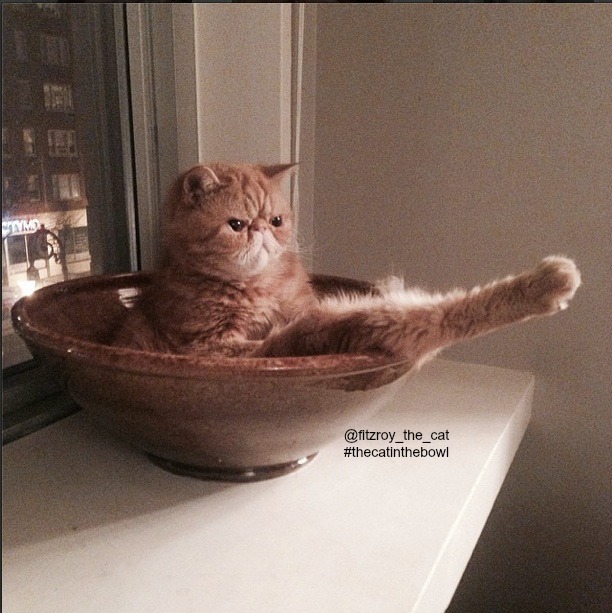 … but I had no idea what was going to happen when I reposted the picture on FitzRoy’s Tumblr. As I’m writing this post, that photo is closing in on 20,000 notes! I also did a caption for the photo based on the most popular interpretation of FitzRoy’s posture. 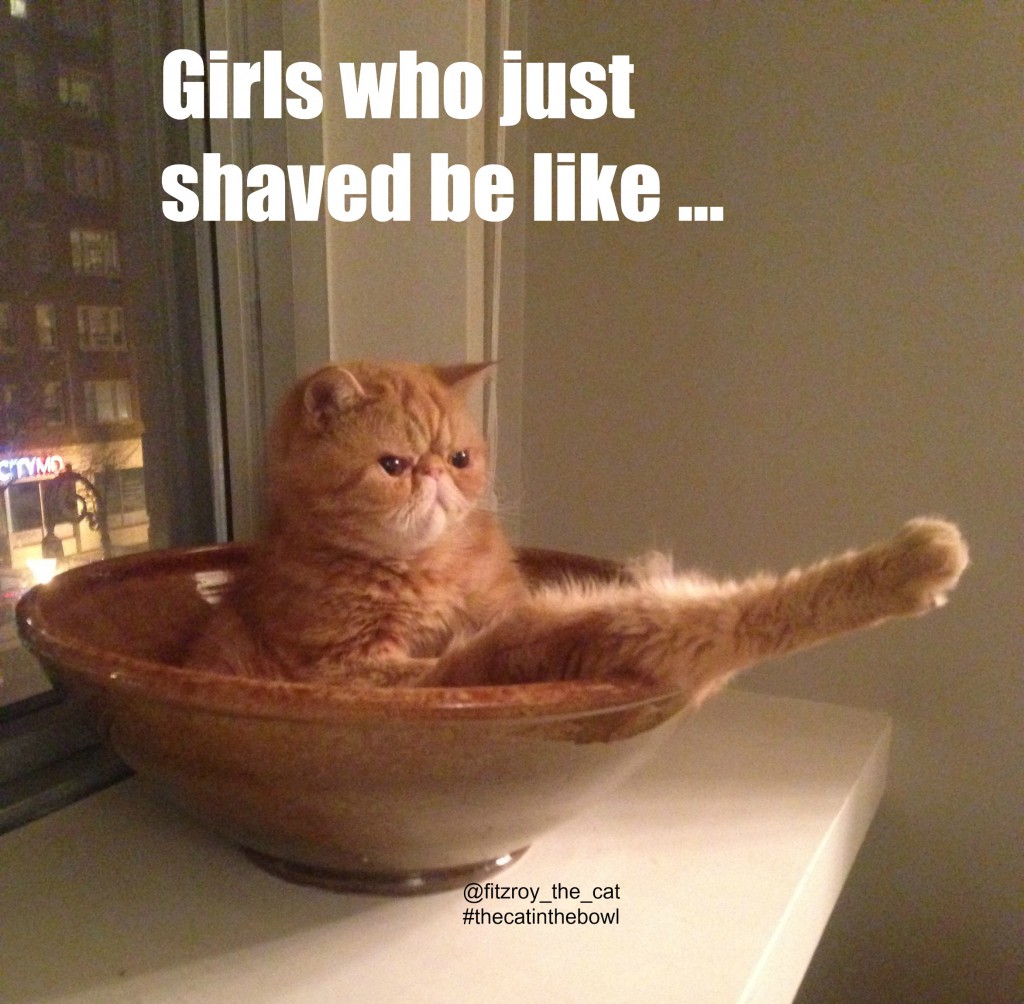 FitzRoy is a meme.

Another Fitz photo got more than 1,000 likes on Instagram. Maybe my next career move is being my cat’s stage meow-mager.

Elsewhere online, the concert picture of mine that Eminem and his peeps posted on Em’s official Tumblr is creeping toward 800 notes. FitzRoy may not be impressed by that number, but I’m pretty excited.

In the middle of everything else, MrB and I — along with our designing friend Stacy Lomman — squeezed in a drive to Philadelphia to attend the opening of the Patrick Kelly “Runway of Love” exhibit at the Philadelphia Museum of Art. The show runs through November 30, and I highly recommend it. If you have to give it a miss because you’re not in the area, then just dress up crazy — don’t forget the punk lipstick! — and hang out at McDonald’s like we did. 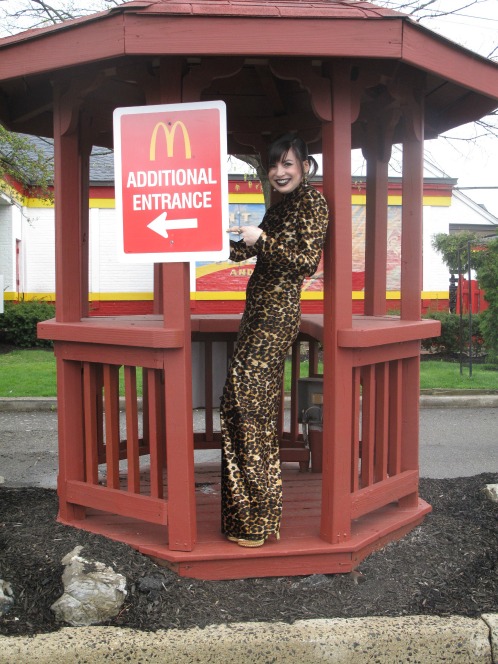 On the way to Philly.

I think fun-loving Patrick Kelly would appreciate that!