In 2010, a year after singer Michael Jackson’s death, his family launched the J5 Collection. J5 stands for the Jackson 5 — the family musical group that launched Michael, who ultimately went on to much bigger stardom.  The website describes the “collection” as “a unique celebration of The Jacksons achievements as an international mega group.”  The “Shop Online” part of the site isn’t working as I write this, so I can’t be certain if J5 is purely a clothing line or includes other products, but apparel is definitely involved: the family just announced a limited run of reproductions of the iconic red-leather jackets from Michael’s ’80s “Thriller” and “Beat It” videos. 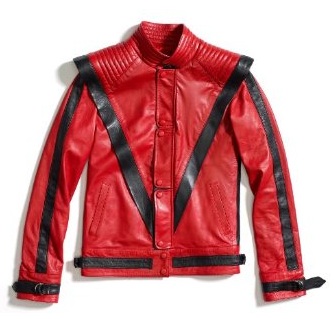 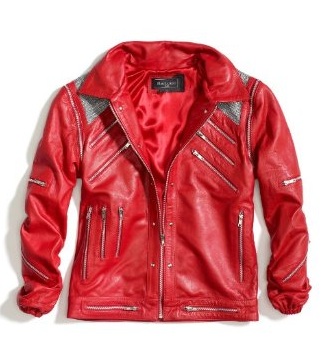 I never cared for the Thriller jacket but the Beat It jacket is kinda hot and I do love colorful leather jackets from the ’80s. Unfortunately, these cost $2,350 because there were only 500 jackets made in each style. Plus, all of them are hand-signed by the original Jackson 5 members — Jackie, Tito, Jermaine, and Marlon — and include a printed replication of Michael Jackson’s signature. That’s not enough for me. I would only be convinced to part with $2,350 if there were just 100 of each jacket made; if the signatures included that of Jermaine’s awesomely named son Jermajesty; and there were a vial of propofol in one of the pockets. WHAT!?! I had propofol for minor surgery and it was the best several hours sleep of my life. I can see why Michael liked it; it’s just unfortunate he went batshit crazy over it.

Meanwhile, on styleblazer.com (as well as various Tumblrs) there is an illustration of a Rihanna t-shirt that riffs on Nirvana’s classic “corporate rock whore” early ’90s t-shirt. 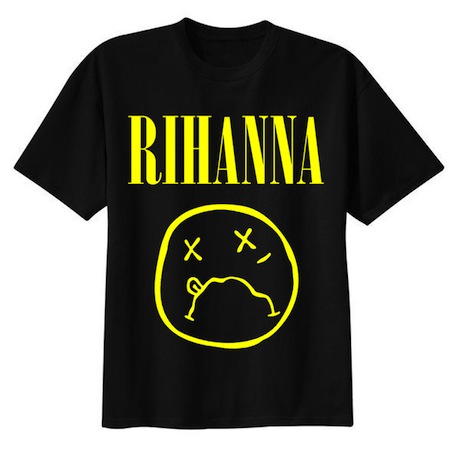 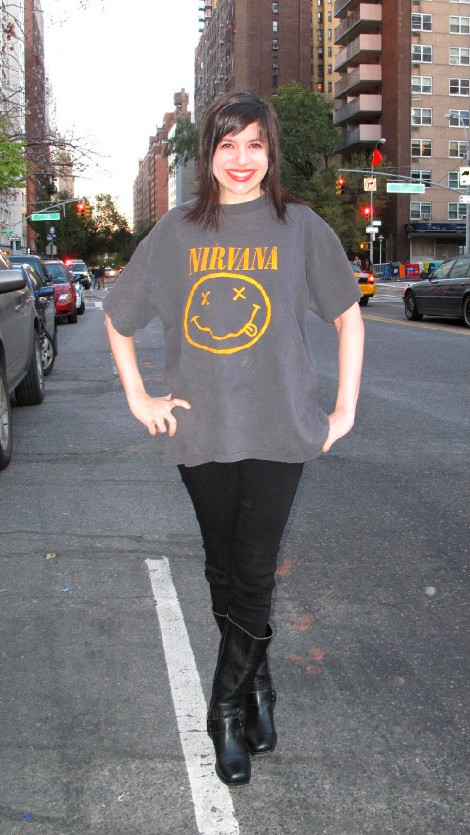 I haven’t yet found any site where this Rihanna t-shirt is sold. I suspect it’s a tasteless joke referring to the abuse she suffered at the hands of the assholian Chris Brown, but if I’m wrong and it’s for sale somewhere, let me know in the comments. I checked out Rihanna’s official merchandise while searching for this and I’m very taken by her barbed-wire t-shirt. 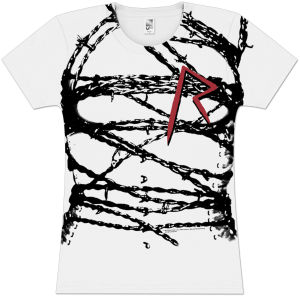 It’s almost as good as my Lady Gaga nipple-tape concert t-shirt … but not quite! 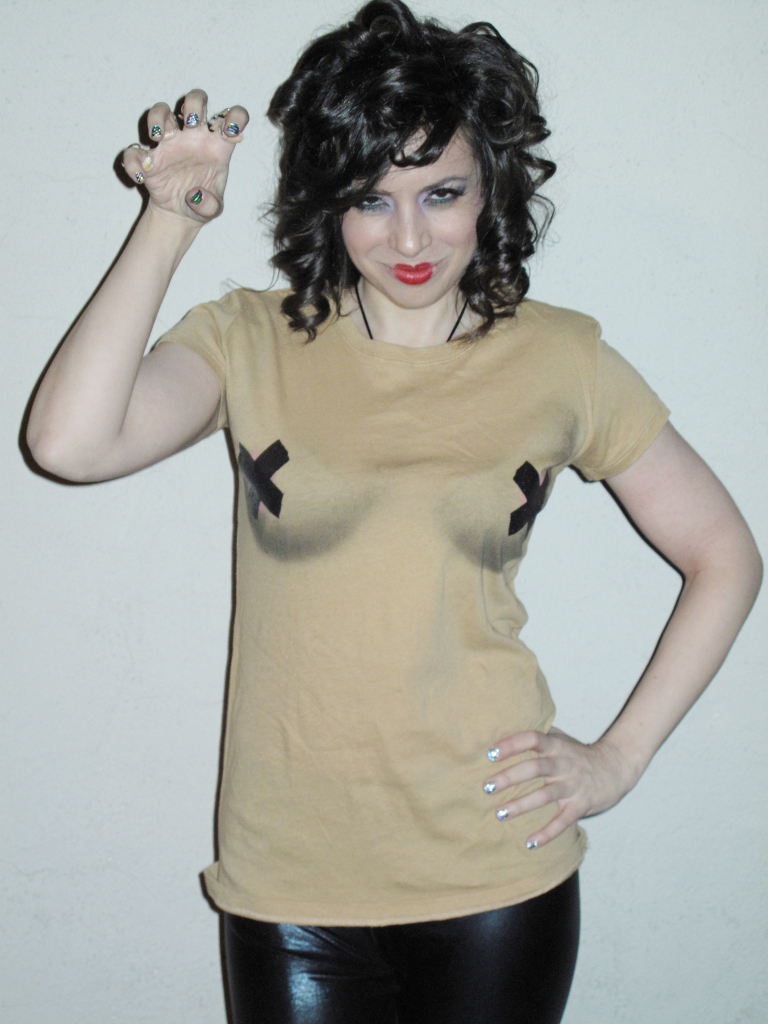 UPDATED TO ADD: If you happen to be chatting with singer Courtney Love, the widow of Nirvana’s Kurt Cobain, please don’t mention the Rihanna/Nirvana t-shirt above. Courtney is barely holding on to sanity as it is. Her interview with The Fix gave me a contact high earlier this year and, last week, after I read her interview in November’s Vanity Fair, I felt crazy by proxy. Brave writer Nancy Jo Sales was clearly infected too. She writes that she was only familiar with the image of the nutty, messy Courtney:

“But then, throughout the winter and spring, I began to see a different side of her—through her texts, which came hourly sometimes, nearly every day. I wasn’t the only recipient of this volume of communication, I learned. ‘Only 59?’ said a friend of hers, laughing, when I mentioned the number of messages I’d received in a single evening. ‘Consider yourself lucky.'”

Note to all: no matter how sane the content of your texts is, if you send 59 of them to me in a night, I’m going to think you’re a lunatic, so please don’t!

I also got a kick out of Courtney’s rationale for making contact with Sales:

“She reached out to me after reading a story I did for this magazine in January on the actor Randy Quaid and his wife, Evi, who believed that the people who had allegedly defrauded them were trying to murder them. ‘They make me look sane,’ Courtney said.”

Well, yeah, the Quaids are so crazy that anyone who is not in the midst of a psychotic episode looks stable in comparison. If you missed the Randy and Evi Quaid story, you must rectify that immediately, because it is a work of art. Here it is.

You might also like
Any Friend of Andy's Is a Friend of Mine
Throwback Thursday: Global Citizen Festival
Kim Kardashian, Jewelry, and What's Irreplaceable
Previous Post: « Where in the World Is WendyB?
Next Post: Nicholas Kirkwood Should Read My Blog »