Demure is back for fall and spring, declared Christina Binkley in “The Real Housewives,” the lead story in the Off Duty section of the weekend’s Wall Street Journal. “The most startling thing about women’s fashion right right now is how perfectly not-startling it is,” Binkley wrote. “June Cleaver would approve: skirts swish about the shins, necklines are coy and heels are slim and ladylike.”

The story said that even Nicholas Kirkwood, the British shoe designer known for shoes that look like weapons, has traded details like brass spikes for flowers. 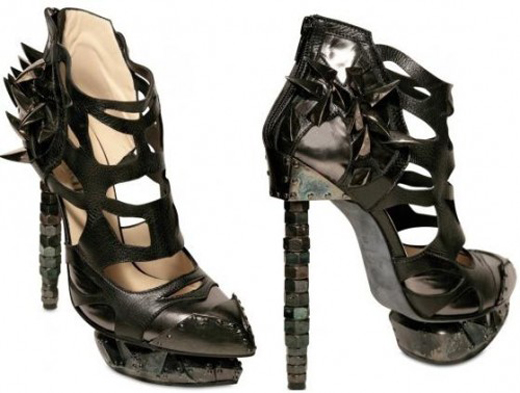 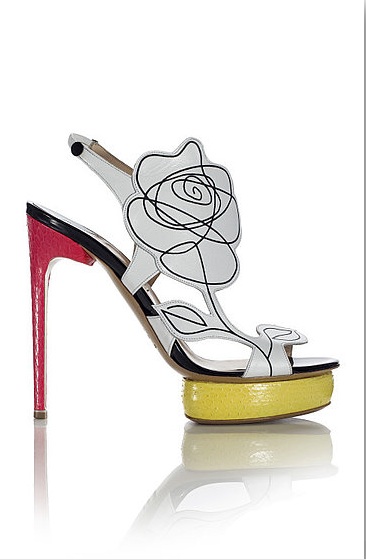 “He once pledged to never, ever ‘plonk’ a bow on a shoe. For spring, he has placed a crisp satin bow on a heel strap. ‘Never say never,’ he sighed.”

Poor Kirkwood! If he had read my blog, he would have known that committing to “never” is the same as saying “definitely.” Why? Because Never is the Next New Thing™! It’s the nature of fashion to turn the despised into the desired.

Meanwhile, I am gripped by the fear that this trend will somehow manifest itself on Jersey Shore. What if Snooki learns to cover her cuca? What if Deena stops dancing her “underwears” off? Whatever you do, don’t say that such unlkely things can “never” happen — a demure Jersey Shore is a sign of impending apocalypse!

You might also like
I Feel So Incomplete
My Very Own "Never Is the Next New Thing™": Toe Shoes
Sending Love to the People of Norway
« Throwback Musical Fashions From the Jacksons … and Rihanna?
Jewel of the Month: WendyB’s Redesigned Pearl Pendant »