Tonight is the last broadcast of The Late Show with David Letterman, which has aired on CBS since 1993. First Mad Men ends and now this! It’s too cruel!

Of course, everyone’s been indulging in Dave’s greatest hits for weeks. You can find lots of photos, videos and stories — going back to Letterman’s weatherman days — by following Letterman Memories on Twitter.

My personal recommendations include the 1990s fast-food drive-through videos. In 1993, Dave worked the drive-through at McDonald’s, demanding that customers prove they were happy in order to get a happy meal.

But some of my all-time favorite moments come from Letterman’s original late-night show, Late Night with David Letterman, which was on NBC from 1982 to 1993. When Letterman announced his retirement last April, I just had to reminisce about those years, especially his visits to 1983 visits to Just Bulbs and Just Shades and 1984’s Velcro suit.

Another great memory from the NBC days is Meg From Across the Street. In 1990, the Letterman writers realized they could see into the offices in the high-rise across from their studio on 49th Street. They got a list of the occupants’ phone numbers and Dave started dialing randomly. A young publicist named Meg Parsont picked up the phone, and a new comedy routine was born. Guess what? I got in touch with Meg and interviewed her for the Huffington Post. Read my story to find out what Meg is up to now and her suggestion for how Dave can kill time during his retirement.

CLICK HERE TO READ ABOUT MEG FROM ACROSS THE STREET.
Several people who already read the interview begged for a photo, and Meg has obliged. 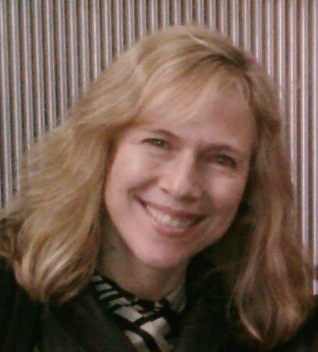 She hasn’t changed a bit!

UPDATED TO ADD: Cool links for you!

Here’s a link to Dave’s farewell speech, via Vulture.

UPDATED DEC. 16, 2015 TO ADD: There’s a nice post-retirement interview with Dave here. I’m glad he has no regrets!

You might also like
In the News Today: Muhammad Ali and More
Breaking Bad, Business and the Blog Week in Review
Shoes in Magazines, on TV and on Restaurant Tables
Previous Post: « Balmain Vs Nasty Gal; Billboard Music Awards
Next Post: Throwback Thursday: Mr. Chubbs & the Peke Not Taken »