Some time ago, I caught a rerun of Cheers that brought back fond memories of the too-big look. Cheers is great for any kind of ’80s style spotting, of course, but guest star Carol Kane’s oversized sailor top in the 1984 episode “A Ditch in Time” is a real classic. It’s huge! 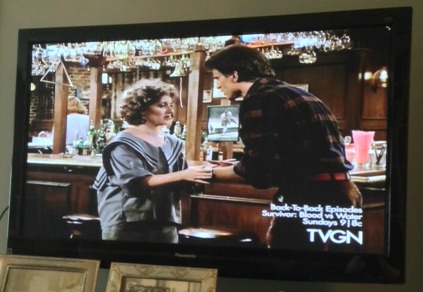 Even the collar is ginormous. 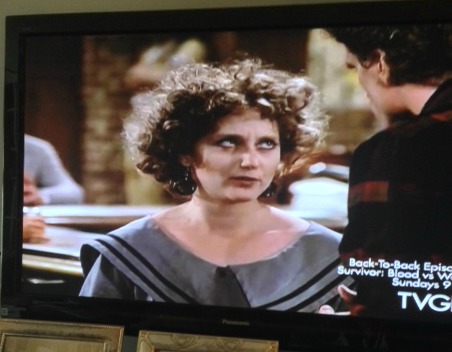 Carol Kane has so many other amazing credits, and you can’t miss her distinctive, high-pitched voice whenever she’s on screen. When she appeared on Cheers, she was riding high after winning Emmys in 1982 and 1983 for playing Simka, the wife of Andy Kaufman‘s Latka Gravas, on the show Taxi. Previously, she’d been nominated for an Academy Award for Best Actress for the 1975 movie Hester Street. She also played Allison Portchnik, the first wife of Woody Allen’s Alvy Singer character, in 1977’s Annie Hall.  “No, that was wonderful! I love being reduced to a cultural stereotype,” she says sarcastically after Alvy tries to pick her up with an unfortunate spiel that starts, “You’re like a New York Jewish, left-wing, liberal intellectual …” If you’re a little younger, you might remember her as Grandmama Addams from 1993’s Addams Family Values. Just last year, she had a cameo on Girls. But her most important role was as the gal with the punch line in The!Best!Movie!Scene!Ever!, which happens to appear in 1979’s The Muppet Movie. My dad and I were so thrilled by this scene and repeated it so much that I can STILL recite it from memory.  The majority of the scene is played by three great actors: Madeline Kahn, Telly Savalas and Kermit the Frog. Click the photo of Carol Kane below to hopefully see the clip. 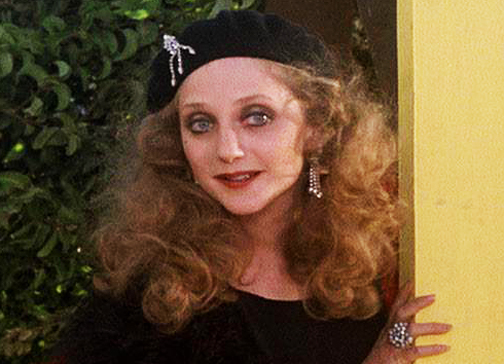 I’m so sick of important YouTube clips going dead! Especially my Family Guy ones. My blog is filled with embedded Family Guy clips that have been taken off YouTube. In case the Muppet Movie clip is removed, here’s a backup. In case both clips are removed, here’s the dialogue. The scene takes place in El Sleezo Cafe.

Madeline Kahn, sultry: Hello, sailor, buy me a drink?
Kermit: Well, you see, I’m not a sailor, I’m a frog.
Madeline: Oh, cut the small talk and buy me a drink.
Kermit: I don’t even know you.
Tough-guy Telly Savalas: Hey. Did you make a move with my girl?
Kermit: No, sir.
Madeline: He did too. He touched me.
Telly: Ugh. Wash up, you’ll get warts.
Kermit: That’s a myth.
Telly: Yeah, but she’s my “myth”!
Kermit: No, no, myth, myth!
Carol Kane: Yeth?

Why this didn’t win every award including the Nobel Prize for Frog Dialogue is beyond me! Anyway, I’m pleased to report that 30 years ago, MrB sat next to Carol Kane at a New Year’s Eve dinner — he thinks it was Dec. 31, 1984 — and found her to be very nice. I’m displeased to report that MrB neglected to shout, “Myth! Myth!” at her to see if she instinctively said, “Yeth???” What a missed opportunity!