Yes Bishes Its my Birthday! 🎂🎂🎂! Thank you to my fans and friends all around the world! 🌍🌎🌏. #berber #bedouin #marakesh #magic #inspiration #blessed 🙏🏼 ♥️🇲🇦

… and gave fans a gift by sharing the video of her performance at this May’s Met Gala.

I posted my own Madonna tribute video on YouTube yesterday. If you missed it, check it out now! I tell the story of how I skipped my senior prom to see Madonna at Radio City Music Hall in 1985 and show off some amazing Madonna concert artifacts from 1987.

I’ve belatedly found a photo of the oversize shirt I wore to the 1985 concert, though this was taken in 1986.

I wish I kept this thing!

I also figured out that the t-shirt that I wore for the video is from the Drowned World Tour of 2001. (Shout-out to Janet Gough, who took this photo of the merch stand at the Los Angeles show.) 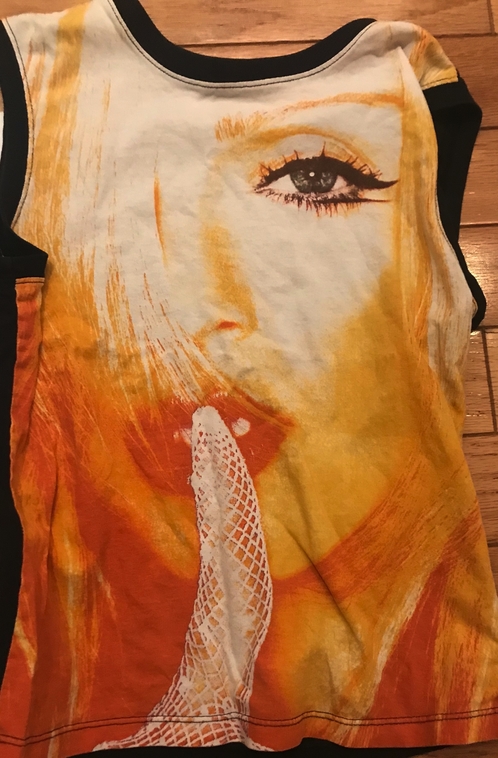 While I was hunting for an image of that t-shirt, I was amused to find this picture of singer Rita Ora wearing the 1990 Blonde Ambition tour t-shirt I have. The difference is I got mine at the concert personally — and Rita wasn’t even born till a few months after that tour! 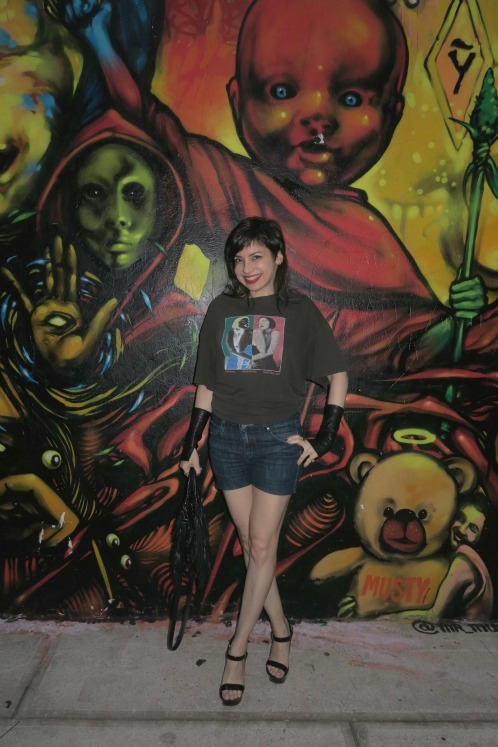 Another post-video discovery is this great interview with Maripol, the designer of Madonna’s famous black rubber bangles, which I’m still obsessed with. I meant what I said, Maripol! Let’s collab!

Of course, I have plenty of previous Madonna-related posts if you want to do some reading. She’s got a whole category to herself on this blog. Here are some highlights: 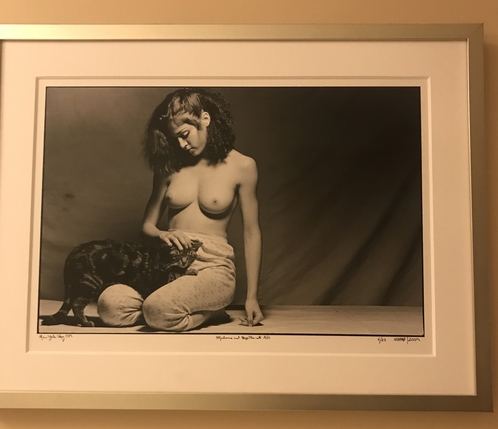 The bedroom photo. I always wonder what would happen if Madonna dropped by and saw this. Hmmm.

Another piece of Madonna art resulted from my desperation to go to a small show she did at Roseland in 2000. MrB heroically got us into the totally unavailable show and then wrote about the experience for the Wall Street Journal, where he was managing editor at the time. The folks at the paper gave us the art that ran with his article. It depicts the Britney Spears t-shirt Madonna wore, and that pointy-nosed profile in the audience is MrB himself. 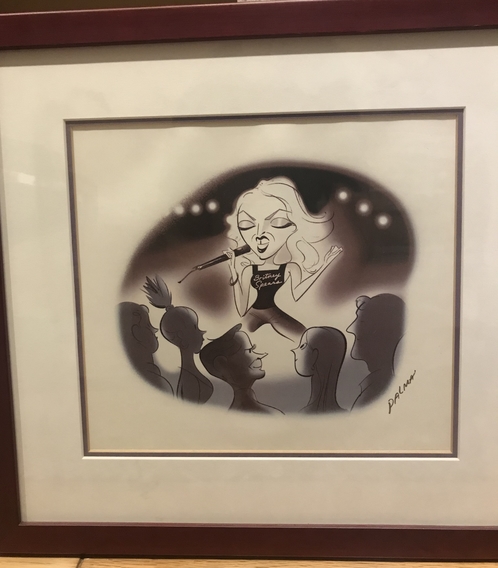 I — the Madonna mega-fan — am not depicted!

You might also like
Put the Blame on Kenneth Jay Lane
David Bowie's 1976 Playboy Interview and Other Links
Musical Interlude With Run the Jewels and Gangsta Boo
Previous Post: « RIP, Aretha Franklin
Next Post: My Best Dressed at the 2018 VMAs Is … »