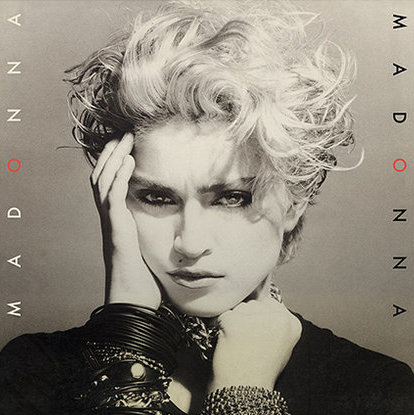 Click to read Popfection’s 2017 “behind the scenes” story about the album.

I have a big video about Madonna that I’ll post next month, but to celebrate the album anniversary, here’s a little teaser in which I talk about choosing a Madonna concert over my senior prom — and never missing a tour since then.

The really noticeable earring I am wearing in this clip isn’t one of my designs; it’s a 35-year-old Madonna earring. You can see Madonna wearing the same earring in her 1983 “Borderline” video.

If I recall correctly, my best friend Kristi had the star earring from the “Lucky Star” video.

We probably had extensive negotiations about who would get to buy which style. Ah, high school. You couldn’t pay me enough to relive those years, but at least we had MTV and Madonna!