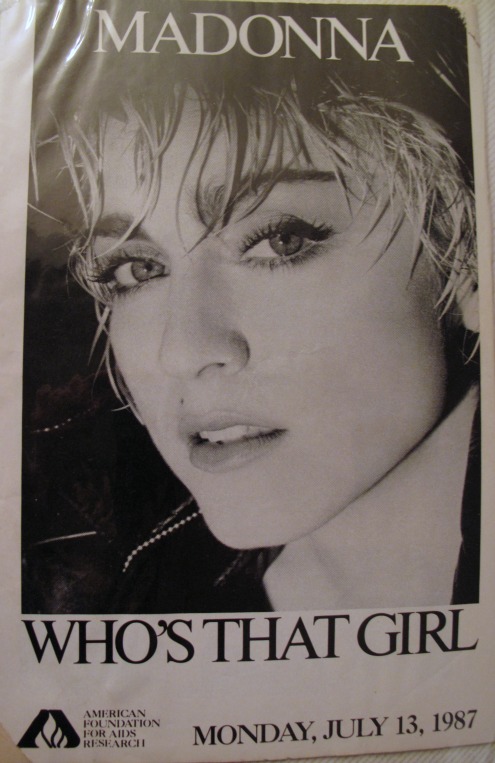 During her “Who’s That Girl” World Tour, Madonna did this show at Madison Square Garden to benefit the American Foundation for AIDS Research (amfAR). This booklet looks like a regular program from the outside, but inside was a comic explaining AIDS and safe sex. 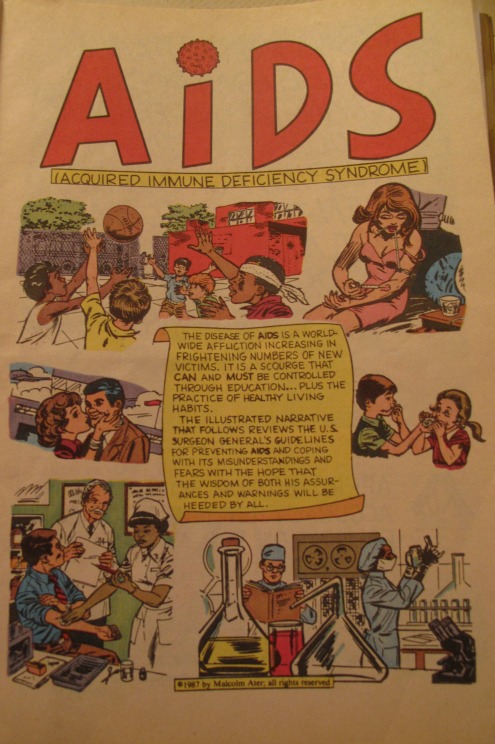 There was also a note from Madonna about how she had lost her best friend to AIDS the previous year. “Don’t let fear keep you from knowing the facts,” she wrote. 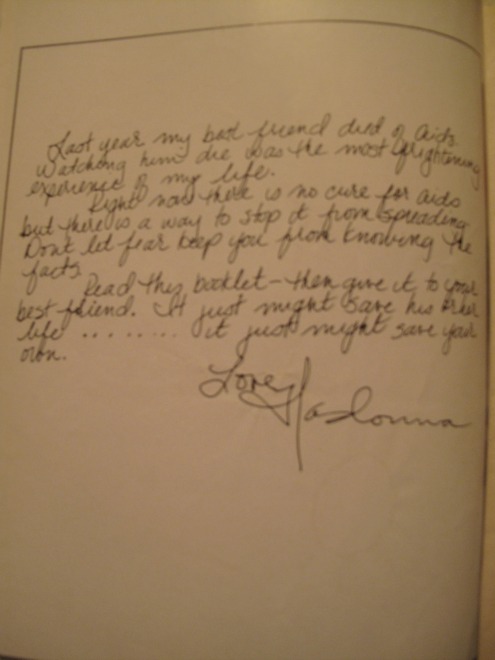 To understand how forward-thinking and open-minded Madonna was, consider this: in April of that year, Princess Diana caused a media uproar when she declined to wear gloves while shaking hands with AIDS doctors, nurses and patients. People really believed they could get AIDS from a handshake back then. Click the screen cap below to see one of the news reports on Diana, which included a close-up of her bare hands. 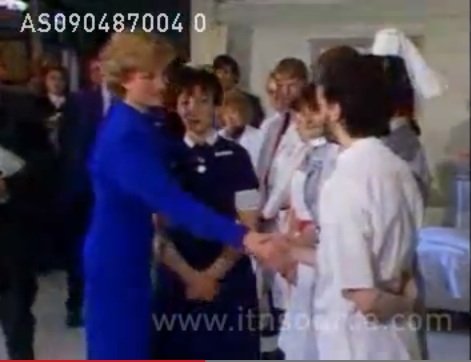 Because of Madonna’s outspokenness at the height of the AIDS crisis, to this day, I don’t care what Madonna does to her face, what she wears, who she dates, what accent she speaks in, etc.  She’ll always be a queen to me. Well, not just because of the activism. I also liked that she said shit like this:

I cut this quote out of a magazine and saved it with the concert booklet.

Diana never sassed the Pope but her little act of bravery made an equally lasting impression on me. A lot of the jewelry I design is inspired by royal women, but strictly pre-20th-century royals. Diana is the only recent princess I’ve made an exception for, so far. 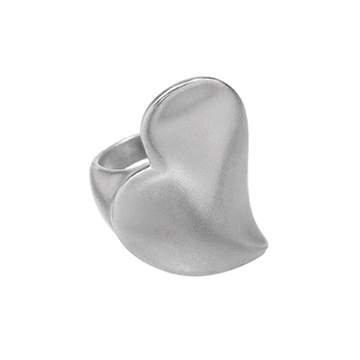 Heart jewelry for the queen of hearts!