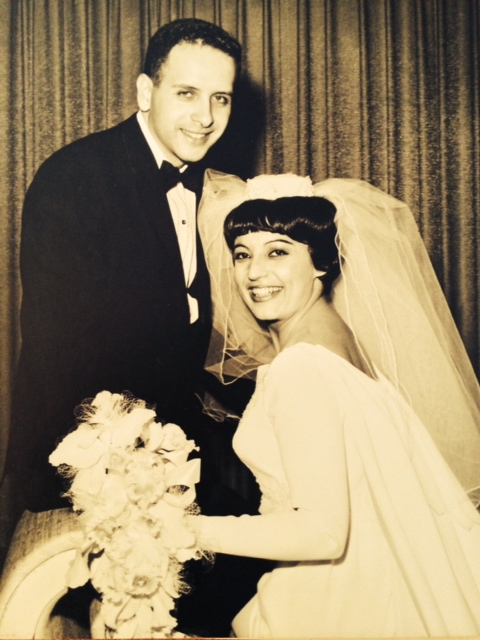 BarbaraB and GeorgeB got married in 1965 at a place called Leonard’s on Long Island. It’s still there. 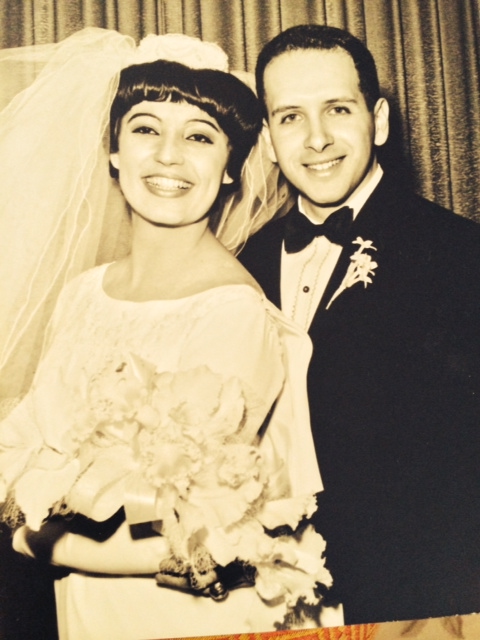 After the wedding, my mother cut the sleeves off her wedding dress and wore it to someone else’s wedding. “It was a minor trend to wear white to weddings,” she says. 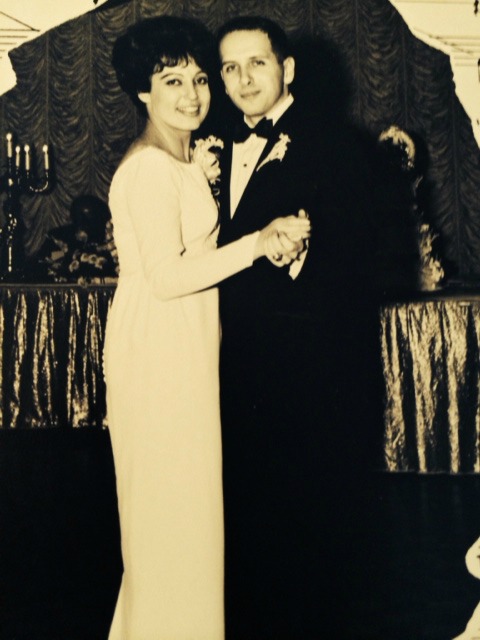 When my sister and I were little, Mom let us play with her wedding veil but she had the dress stored away. When we took it out before I got married in 2001, we found that mildew had gotten into it, leaving rusty-colored stains at about knee-level in the back. 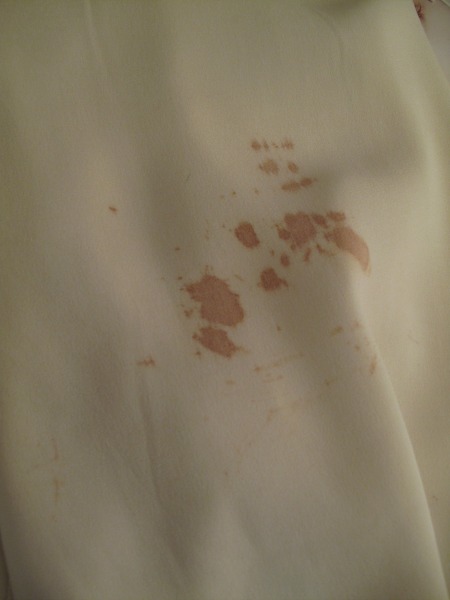 I wound up wearing Richard Tyler dress with a sleek silhouette that is slightly reminiscent of BarbaraB’s dress. 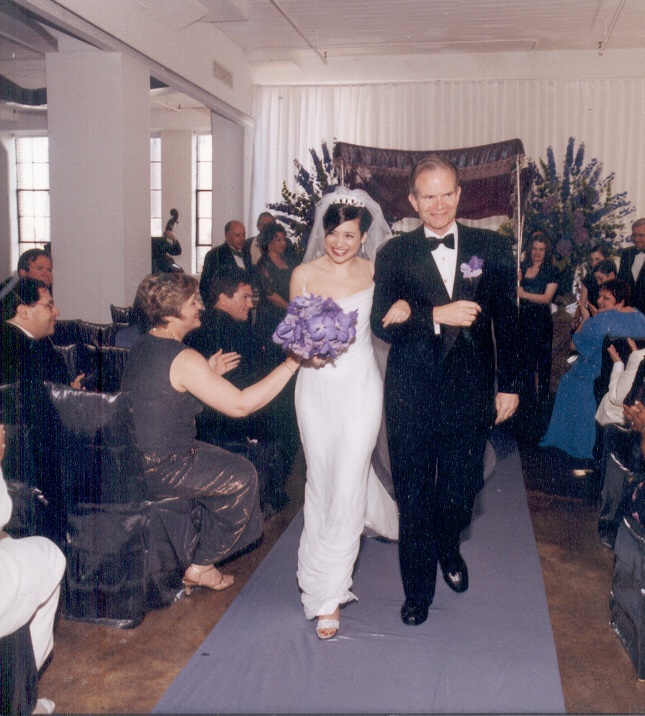 As I’ve mentioned a number of times, my parents are selling my childhood home in New Jersey. I’m not sad about it.  I hated living in New Jersey. (Despite that, my “first dance” wedding song was Bruce Springsteen’s cover of “Jersey Girl,” because it struck me as funny.) I’ve been collecting/receiving old stuff from the Jersey house. This month, my mother gave me the damaged wedding gown. She knows I wear a lot of vintage clothes and thought I might be able to do something to make it un-wedding-y. The damaged part is certainly low enough to be cut off, but it’s hard to take the wedding out of a wedding gown. I haven’t managed to do anything with my own wedding gown, which I tried on for size for my tenth anniversary in 2011. 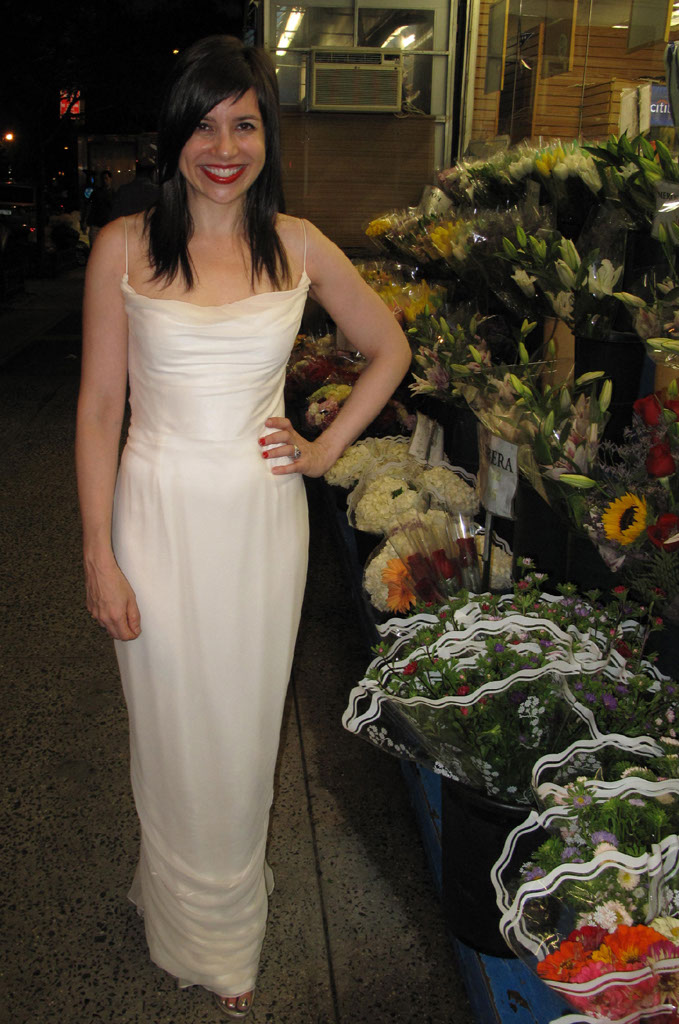 I tried BarbaraB’s dress on today. 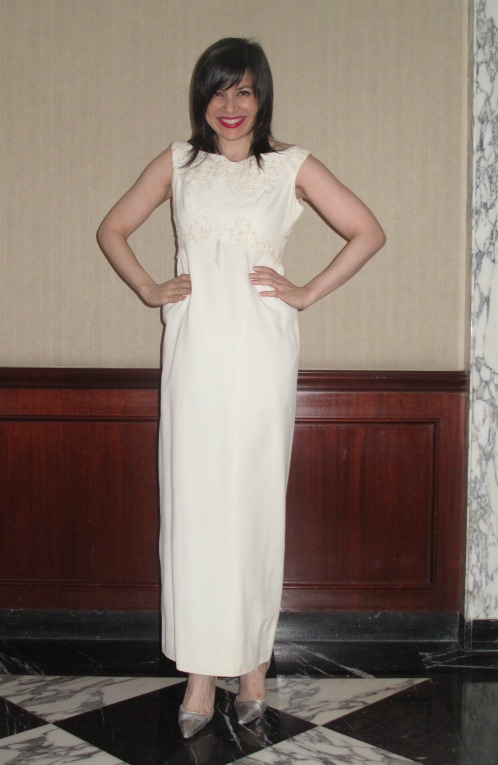 It’s a little big up top.

Jean of Ghost Tailor could easily take it in a little and hem it — the question is whether it could be dyed and de-wedding-ized.  Maybe one day I’ll get creative and explore the options.

Meanwhile, let’s drink an anniversary toast to BarbaraB and GeorgeB! 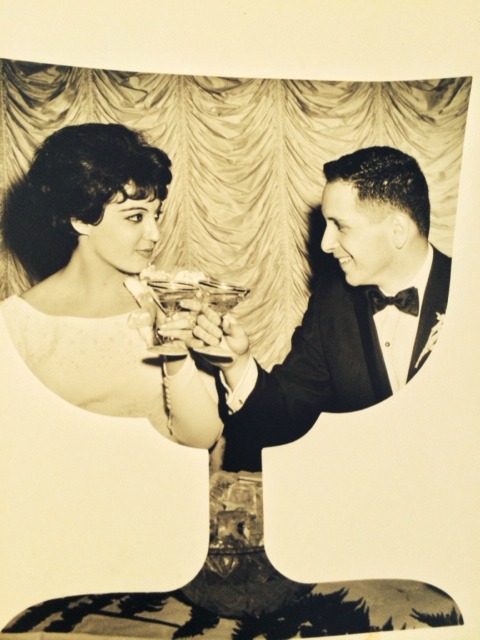 When I was little, I thought this “Champagne glass” photo in the wedding album was ultra-glamorous.

Did you know that at a wedding, etiquette calls for you to say “congratulations” to the groom, but “best wishes” to the bride? That’s because the man has gotten lucky and snagged an awesome ladyperson, so congrats are in order. Meanwhile, a woman is permanently attaching herself to someone who is going to do things like belch loudly and then exclaim, “Ooh, that was a good one!” The reasonable reaction to any woman’s decision to do such a thing is to say, “Um … yeah … good luck with that. LOL!” but we rephrase that as “best wishes” to make it sound a little nicer. 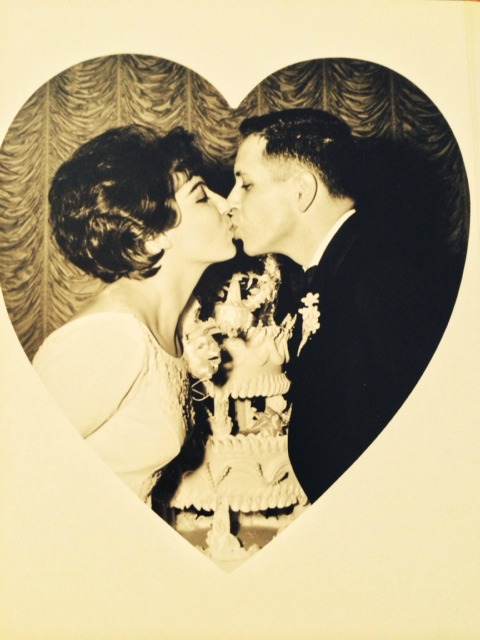 I’m not sure if there’s a similar rule for anniversaries but there should be. So I’ll say, “Congratulations, Dad!” And, let’s see … “Thanks for having a good sense of humor, Mom!” 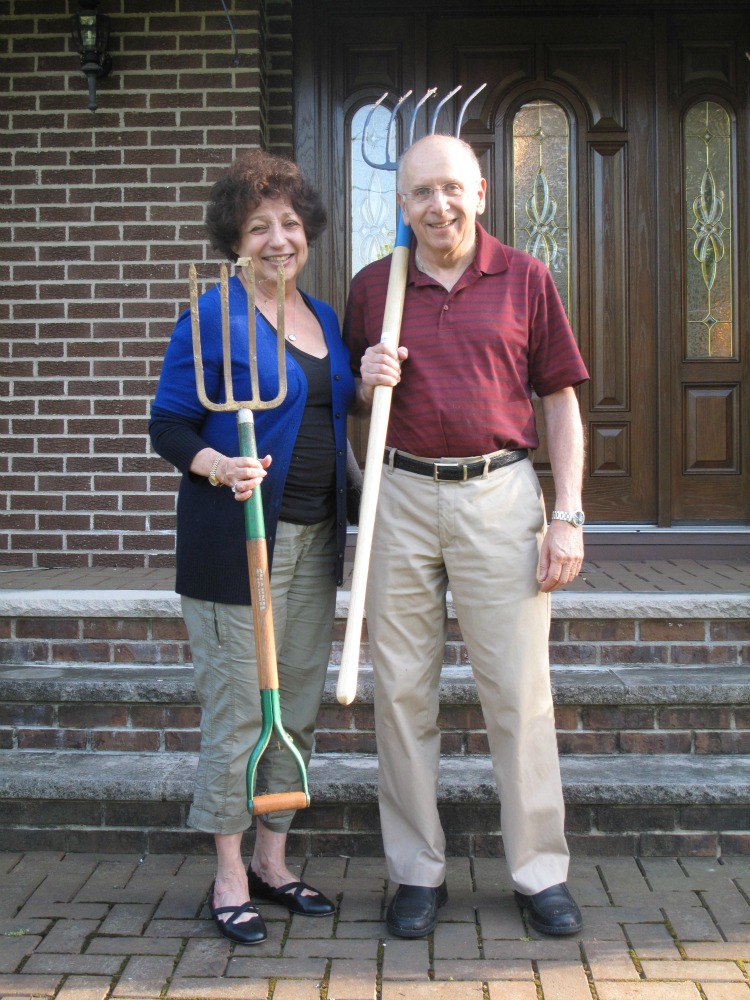