Someone said to me recently, “You go to SOOOO many concerts,” but I don’t think I’ve seen all THAT many this year. I’m not going to shows every week or checking out every up-and-coming performer. I know people who do that. That said, I do attend more concerts now than I did in my early 30s, when I felt too old to go to shows where I’d might wind up surrounded by annoying teenagers/early 20-somethings. I guess I’m having a second childhood, because that shit doesn’t bother me at all now. I even do my best to annoy the young people in my vicinity. Sometimes my mere presence does that. Woot!

I didn’t go to anything at all this January and February, but maybe I was recovering from 2012’s relatively busy autumn, when I saw Adam Ant, Yelawolf, Madonna, and the Rolling Stones. Then, this March, I saw a small concert — Tristan Prettyman with Anya Marina — and a big one, which was Pink. This is my best shot of Pink at Madison Square Garden. I’ve really gotten obsessed with getting at least one good photo from each show. 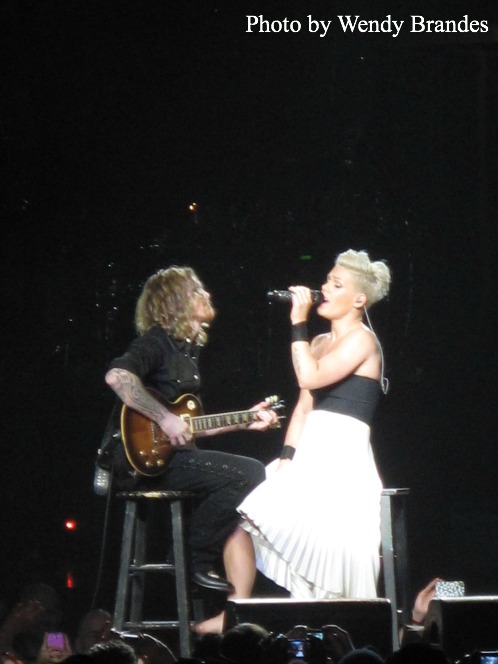 In May, I saw Rihanna at Barclays Center. I really like that place for concerts. My inner photojournalist was very happy with her work at that show. 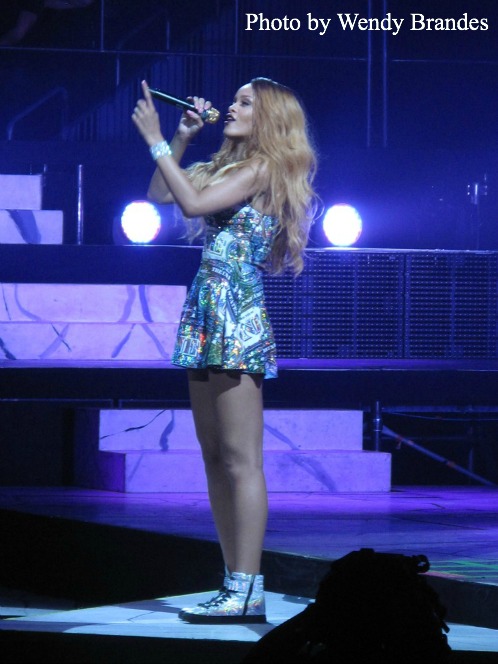 I saw Skylar Grey (the writer of “Love the Way You Lie”) in July at Le Poisson Rouge. I do love female vocalists. And front-row seats that enable my concert photography. 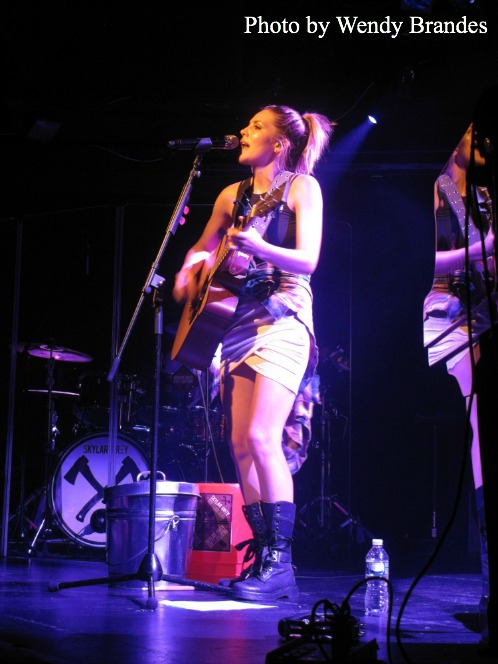 Electric Black Horse is my friend’s band. I went to see them in August. The next day I went to Beyonce’s Barclays show. All the major wimmin pop stars were on tour this year! 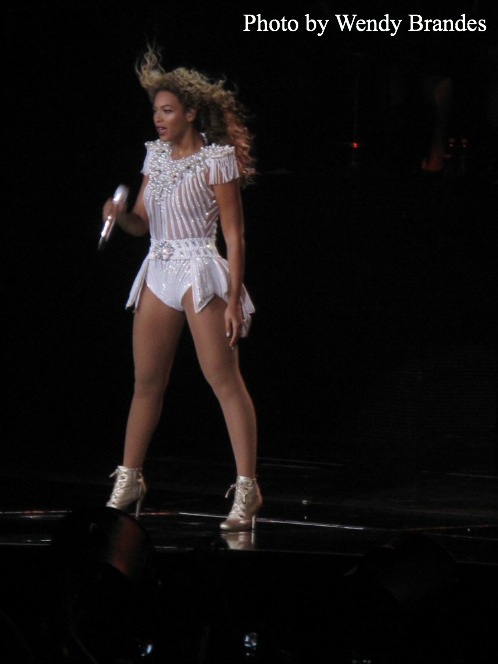 Also in August, I was standing in the front row at a special show Eminem did for G-Shock. (Bonus: I got to see Yelawolf again — he was the opening act.) 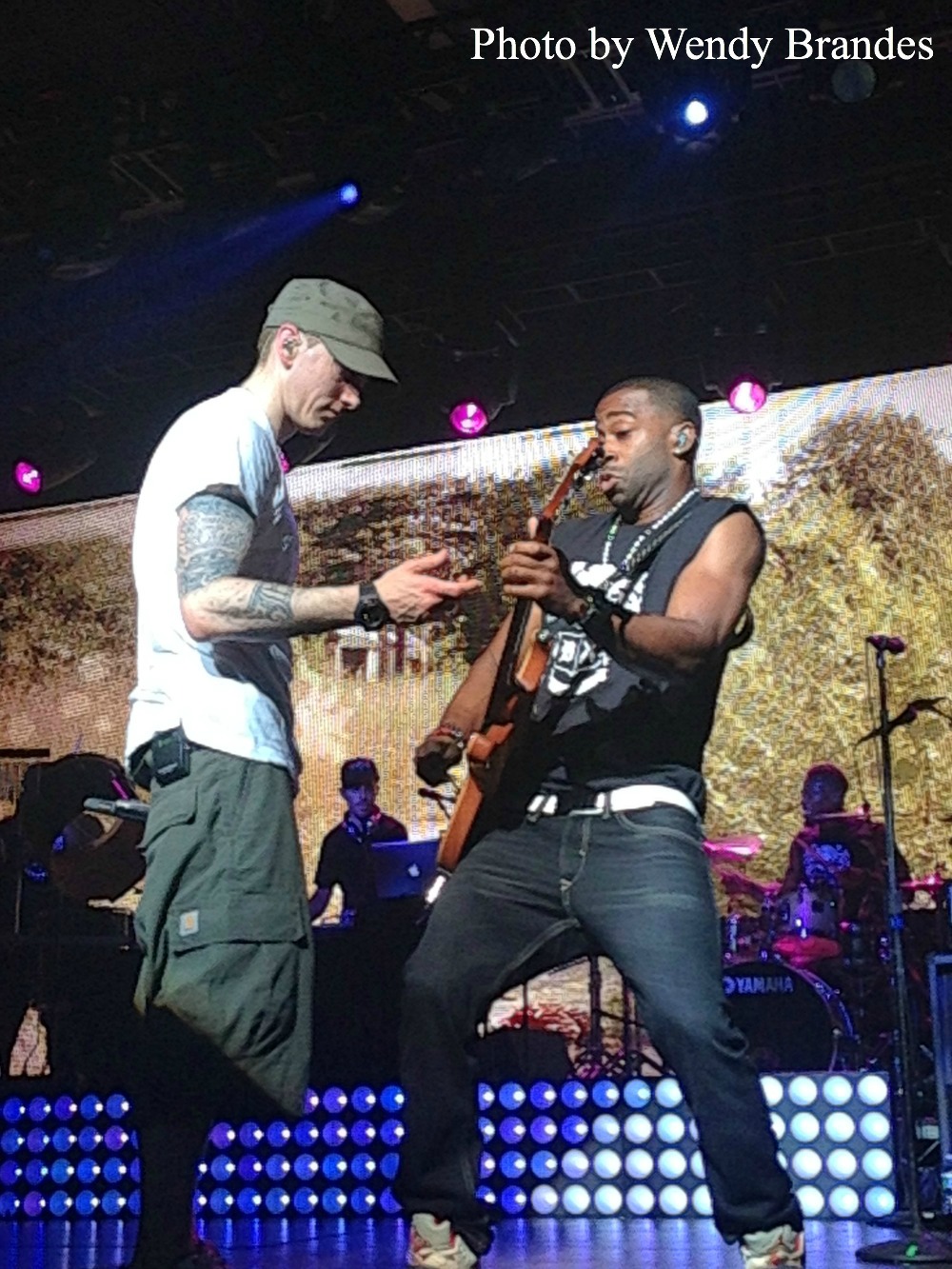 I was so close at that one that I didn’t even have to zoom in for a few photos.  I put the best pictures on Flickr. Recently I’ve seen several of them (especially my photos of Eminem with guitarist Curt Chambers) recirculated on social media. That’s cool because I wanted to share … except I’m weirded out that when I’ve said, in a conversational way, “Hey, I took that photo!” (always with a smiling emoji!) to someone who has retweeted it, they haven’t said a word back. No “Nice!” or “Hi!” or anything. Strange. So now I’m trying to put my name on the good photos. When I remember. And don’t feel too lazy.

In September, I saw British singer/songwriter Laura Mvula at Le Poisson Rouge, which was the same place I saw Skylar Grey, except this time we were standing instead of sitting. As a result, I wound up having bad luck with my camera and had to mooch a photo from my designing friend Stacy Lomman.  Stacy says it looks like Laura is photobombing a picture of the back of some guy’s head rather than the other way around. I’m not expecting this one to go viral! 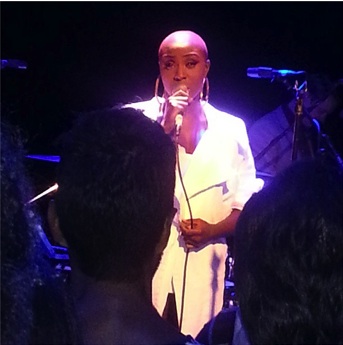 A couple of days later, I saw Depeche Mode at Barclays and was still having camera trouble. You know you don’t have any good photos when you’re taking pictures of the giant video screen. That is a blurry Dave Gahan between two big video-screen Daves. 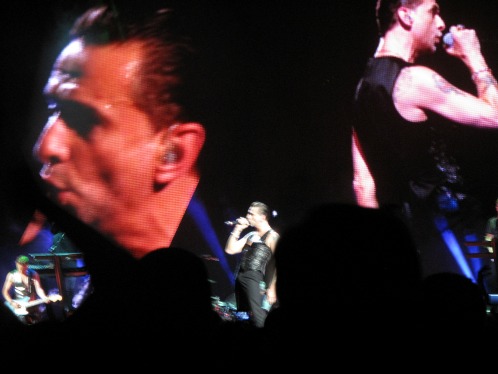 Later that month, Stacy and I saw ’80s goth band Christian Death at the smallish Highline Ballroom (the audience was smallish too), but in October I was back at big Barclays for Nine Inch Nails. I got one decent shot of Trent Reznor. 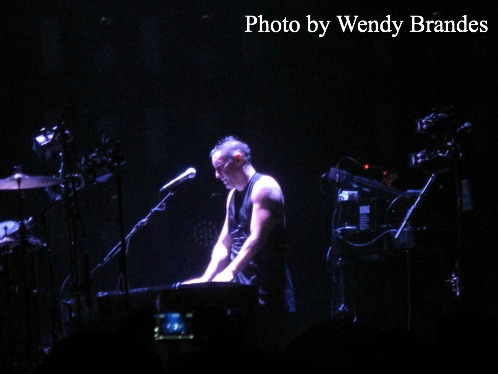 Macklemore played the Madison Square Garden Theater (which isn’t THE Garden) in November. 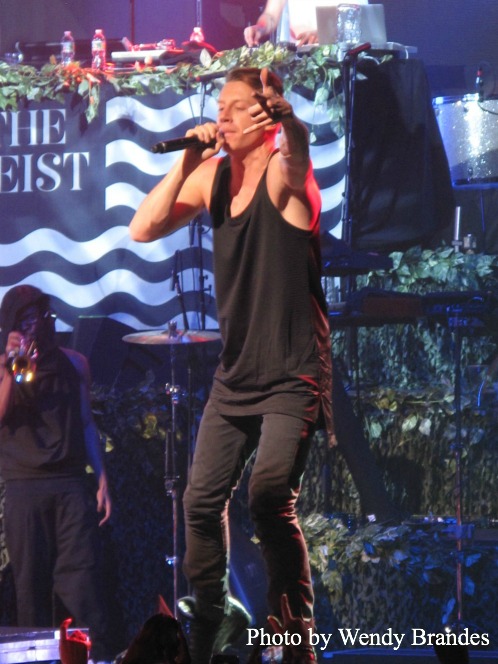 Later that month, I saw Jonathan Richman at the Bowery Ballroom and Kanye West at the Garden itself. It took me until last week to blog about that because I had so much to say about Kanye. 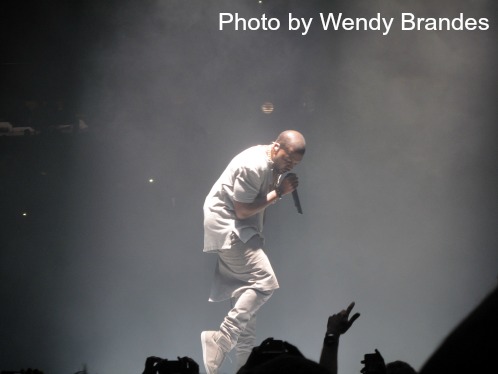 In early December, I ended my 2013 concert-going at the Highline Ballroom with Hugh Cornwell, former lead singer of the Stranglers, a great punk band that’s been around since the ’70s. The current line-up of the Stranglers had played the Highline, sans Hugh, in June and I got tickets to that before realizing I’d be out of town. I gave the tickets to Stacy, so she got the Hugh Cornwell tickets to make it up to me. Actually she had an ulterior motive: she really wanted to see the opening band, Brothers of Brazil. We were confused when we got there and found the Brothers off the bill, replaced by “Ian Rubbish.”  We were even more confused when Ian sang a punk-rock tribute to Margaret Thatcher.  While I was still thinking, “DAFUQ?,” Stacy announced, “That looks like [former Saturday Night Live cast member] Fred Armisen.” Of course, it was. Doh! I had even watched his last performance on SNL earlier this year, which he ended in the guise of … Ian Rubbish. What can I say? I was watching that episode purely for Bill Hader’s final appearance as Stefon and nothing else made an impression on me. (Speaking of other SNL cast members, Seth Meyers was there at the Highline to cheer Fred on.)

After we were sufficiently distracted by the comedian, Hugh Cornwell played a mix of old and new tunes. Most importantly, he performed one of my all-time favorite songs, the Stranglers’ “Hanging Around” from their Rattus Norvegicus album. I had that on vinyl in the early ’80s — maybe six years after the album first came out — and I’d sit in my parents’ finished-but-not-very-comfortable basement playing “Hanging Around” over and over while staring at the album cover. 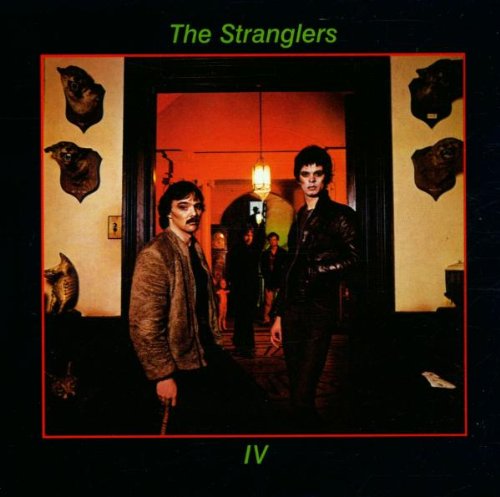 Still love this album. Click to buy it on Amazon.

That’s what we did while listening to music in the pre-social-media age. We stared at album covers. I don’t really know why, but I guess it made more sense than staring at the walls. I could spend hours reading liner notes and writing credits. Here’s “Hanging Around” live.

I still listen to this song at least three times a week. It’s on a playlist I use a lot at the gym. It’s not an everyday song like “Gary Gilmore’s Eyes,” but it’s pretty close. Listening to favorite songs repeatedly is sure a lot easier now than it used to be. Landing that needle on the perfect part of the vinyl and trying not to scratch anything … I don’t miss that part.

Fred Armisen (as himself, not Ian Rubbish) joined Hugh for his encore and, as you can see, Fred was pretty damn thrilled about it. 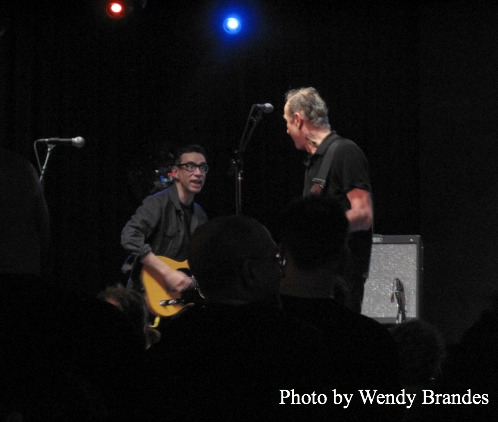 I feel Hugh deserves a photo by himself. It was his concert, after all. 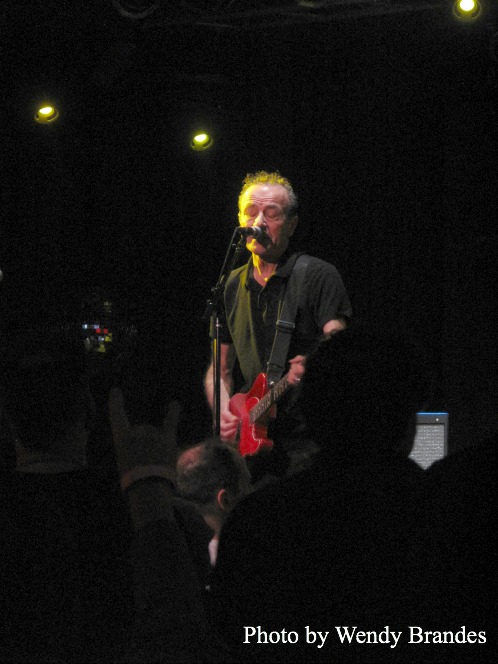 Glad I saw him.

I’m excited to start 2014 off right by seeing my latest celebrity crush, Neil Young, play Carnegie Hall in early January. The question is: Will I be able to take pictures? Will Carnegie Hall be all fancy and formal and “no photos” for Neil Young? And if they are stuffy that way, is it okay if I stand up and start screaming like Aimee Mann in the “Voices Carry” video I posted earlier this week? I’ve always wanted to do that!