MrB says that ever since FitzRoy the cat came home with me in April, our apartment has been like a French farce, with doors constantly opening and closing. Animal traffic flow is the issue. Because I test allergic to cats, FitzRoy isn’t allowed in the master bedroom. But Gigi the dog eats and sleeps in that bedroom, so she has to be let in and out. Henry isn’t interested in the master bedroom, probably because he eats and sleeps in our little walk-through kitchen, which has a baby gate on one side and a pocket door on the other. Gigi can go in the kitchen, but it’s best if FitzRoy stays out because he likes to knock down all the refrigerator magnets. FitzRoy’s litter box is in the second bedroom; both dogs are banned from that bedroom because they always liked to pee in there, even pre-cat.  Finally, FitzRoy eats and sleeps in a crate in the living room. Both dogs are addicted to the cat’s kibble. It makes Gigi sick, and I recently had to put Henry on a diet because he was getting so fat from stolen cat food. In summary:

The first week FitzRoy was with us, I thought the slamming doors were going to drive me crazy, but I got used to it. Now, it’s second nature. Of course, if any door is left open a crack for more than a second, we wind up with a illegal immigrant of the four-legged variety. Lately, FitzRoy has been fixated on the bathroom in the master bedroom. He used to lurk behind the toilet whenever he got an opportunity, but last month, he discovered the sink. 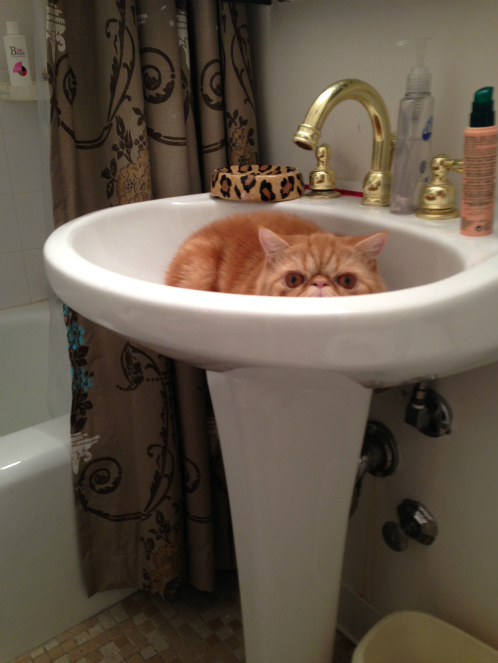 This was FitzRoy’s first appearance in that particular sink. It has nearly 2,500 notes on his Tumblr! Click to see.

He got in there again yesterday and he looked so funny that I went nuts taking photos and video, so if you love to see cats in sinks (and some people really do!), follow FitzRoy’s Tumblr this week to see lots of images of his sink sojourn. 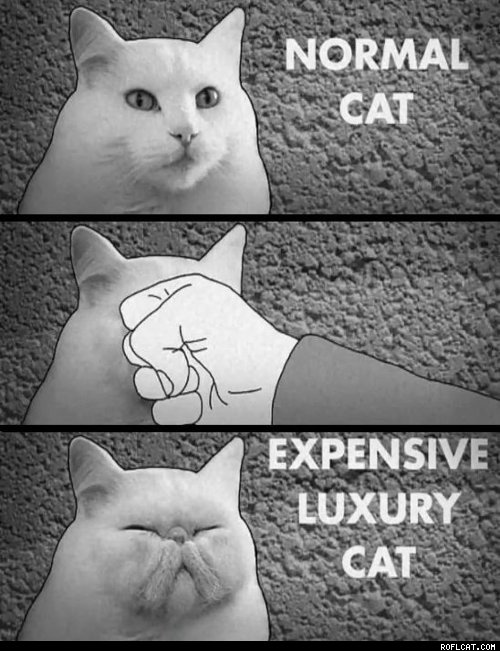 When I wasn’t taking cat photos this week, I blogged. Here’s the week in review.