When I got out my “This Pussy Grabs Back” sign yesterday to celebrate Trump’s eviction from the White House, I didn’t realize we were just a day away from the fourth anniversary of the 2017 Women’s March on Washington D.C.   That was the event the sign was originally made for. It was designed by my then right-hand woman Eryn, who produced six of them. That made for a nice group shot. 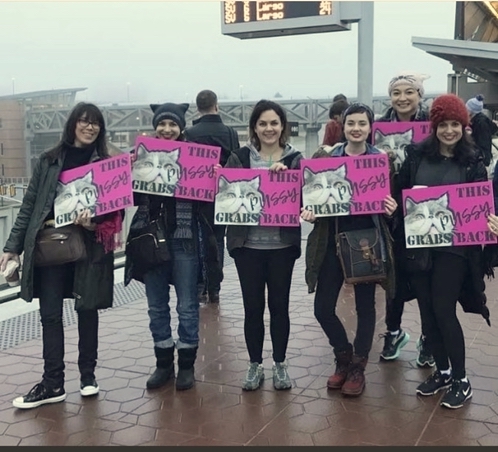 Catching the train to the march on January 21, 2017. Eryn is fourth from the left.

After we got some pink Planned Parenthood hats at the march, four of us posed for an even more color-coordinated photo in front of the Capitol building. Remarkably, we didn’t feel the need to violently attack the Capitol after taking this picture, because we aren’t fascists. It can be done, Jake Angeli! 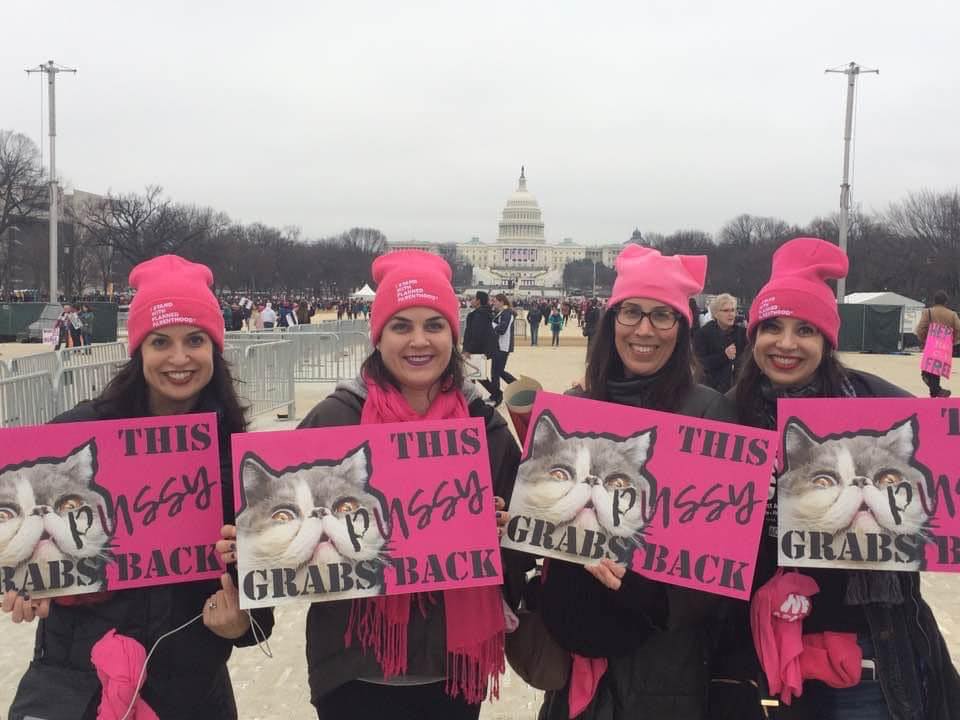 From left: Terri, Jen, Stacy, and me. Eryn was probably taking the picture.

To my lasting regret, Eryn left Wendy Brandes Jewelry for a new job in 2019. However, she never bothered to delete the Google alert for my name, which is how she discovered the written version of my accidental WNYC interview yesterday. I’m kind of amused by my age being glaringly advertised here:

“It wasn’t even a conscious feeling I woke up feeling energized. I feel the relief of not having to monitor second by second terrible decisions,” 53-year-old Wendy Brandes told WNYC’s Stephen Nessen.

I still haven’t heard the audio version of the interview, though other people have. Let me know if you find a link to that!