Finally! It’s Election Day, betches! This is your last chance to vote! 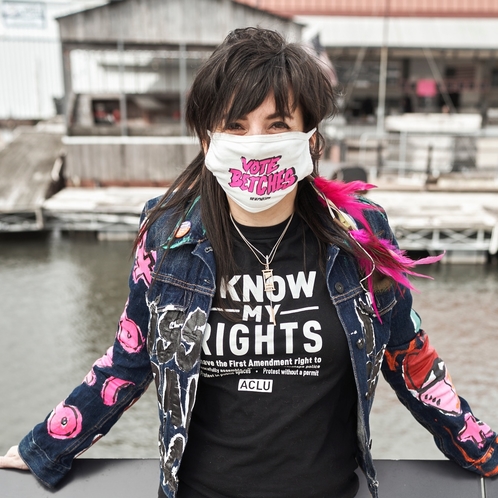 Do you need help finding your poll site and its hours, or need a peek at your ballot before you head out? Here’s your source for everything!

It bears repeating that if you are in line at the poll site by the official closing time, you are legally allowed to vote. No one should tell you to leave the line — not a poll-site worker, not a cop, not another voter. If you feel like you’re being pressured or harassed, call or text the voter protection hotline at 1-866-OUR-VOTE (1-866-687-8683). But do make sure you get to your site in a timely fashion! If the poll’s hours are from 6 a.m. to 9 p.m. — to use New York City hours as an example — if you arrive by 8:59 p.m., you’re golden. If you stroll up until 9:01 p.m., you can’t vote. If you got there well before last call and have been standing in line, you’ve got nothing to worry about at all. The law is on your side. The hotline can also help you work through any confusion about dropping of mail-in or absentee ballots.

If you’ve already voted — whether it was today or during an early-voting period — text a hot selfie of yourself wearing your “I voted” sticker to three friends and ask them if they voted. (If you have awesome friends and know they already voted, they still deserve to behold your beauty.) It’s been shown that this kind of personal communication helps anyone who is tempted to skip voting to get out there. In fact, I’m in Philadelphia, looking like an international woman of mystery … 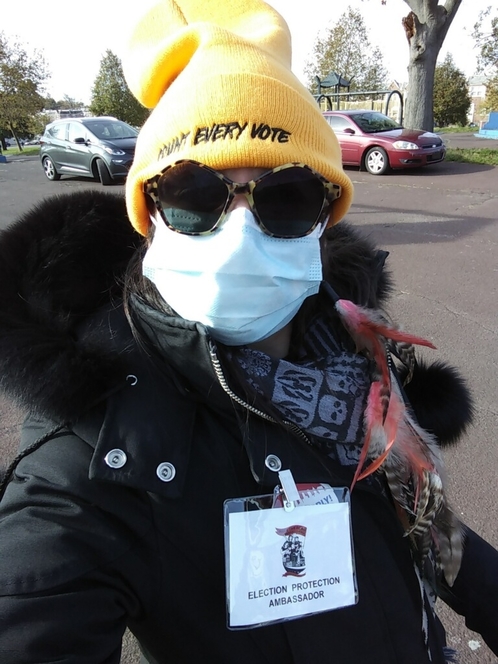 Honestly, this could be a picture of anyone, right?

… working with Make the Road Pennsylvania to persuade voters to “triple their vote” by texting. Anyone who takes the time to do it right in front of me gets a special sticker. Instagram doesn’t count, by the way. You have to make deliberate contact with a specific human being. 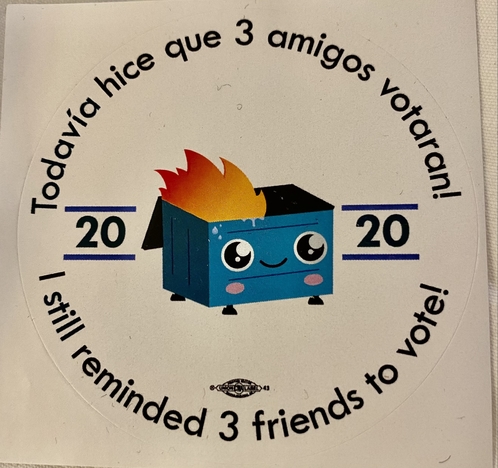 You only get this if I witness the texting. Promises aren’t enough!

Speaking of voting, I was extra-excited when the Biden-Harris campaign came out with this ad yesterday.

Of course, it would’ve been nice if it came out at a month ago, considering how powerful “Lose Yourself” is. I mean, give it some time to get in people’s heads! Eminem’s team has last-minute timing when it comes to anything election-related. In 2004, he released a political song called “Mosh” exactly a week before the Bush-Kerry election. I remember back then thinking, “Why not a month before the election?”

Maybe his folks want to hire me to help with their political activism. I’m sure it would be more rewarding than doing jewelry business with them.

Anyway, this is my absolute favorite Get Out the Vote ad, humor, meaningful content and timing — it DID come out a month ago when it could catch the early-voting crowd. Shout-out to the Atlanta strippers!

What I really love about the stripper video is that it gets into the importance of down-ballot elections, which is something I’m always going on about. Not only do those local officials have a direct impact on your daily life, but they are accessible to you. Got a complaint about the government? Someone running for City Council or state senator will come to your damn house (or yard, in these pandemic times) to hear you out. You can’t get federal elected officials to do that, but the locals will. You CAN be heard. Bonus: If those people become big players in national politics, you’ll still have their cellphone numbers. You could be calling a future president on her personal line just because you long ago had a complaint about potholes!

You might also like
Bastille Day Jewelry Blues
Time for R. Kelly to Face the Music
Katie Ledecky Swims Her Own Race, Big Time
Previous Post: « Tomorrow Is Election Day
Next Post: Relaxing With Joe Biden … NOT! »