Those of you who like hair doodads and top hats should check out the Victoria & Albert museum shop. The top-hat hair clips are £8 and the bands are £12. 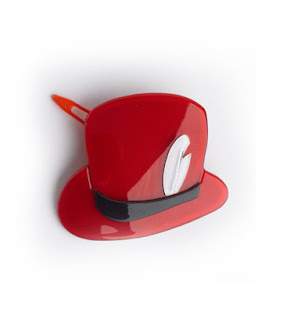 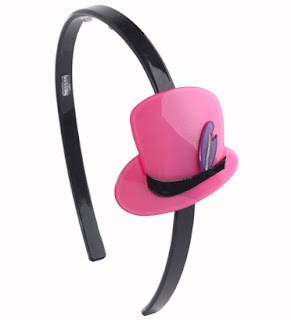 If only 3D will do, BratBoutique sells mini top hats on Etsy. 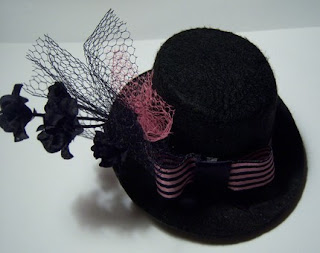 Separately, I tip my imaginary hat to TokyoBunnie for finding the cuteness that is Kidrobot’s BFF series. I love the tooth and lollipop pair. 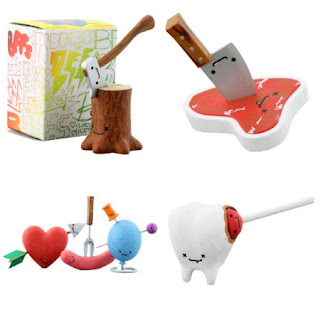 I have a Labbit from Kidrobot. 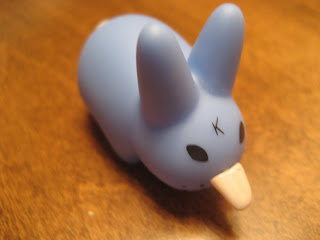 Gorgeous blogger The Clothes Horse had her Labbit first. I got mine because I missed Fernando the iHog so much, but I haven’t started looking for celebrities to pose with it yet.

UPDATED TO ADD: On a sad note, I also tip my imaginary hat to British reality-TV star Jade Goody, who died at age 27 of cervical cancer early this morning in England. I previously mentioned Jade here. She stayed very much in the public eye during the final stages of her illness, which aggravated a lot of people who complained that she was low-class and uneducated and even tackier than usual for not dying more discreetly. But I think their real problem with her was that it is hard to remain in denial about your own mortality when someone like Jade is so honest about hers. I was also impressed that she flaunted her chemo-induced baldness, rather than being ashamed of it. I have a feeling more women will do that now. Plus, because of Jade, the U.K.’s National Health Service is reconsidering its policy on cervical cancer screening, which now doesn’t start till age 25. (In the U.S., a pap smear is recommended at age 21 or within three years of a woman’s first sexual intercourse.) Pretty good achievements for an uneducated reality-TV star, I’d say.

I’ve known one woman who kept her cancer a secret for 16 years and many others who have been open about their disease. My impression is that it takes a lot of courage to tell people, but it’s ultimately better for your health and sanity, so cheers to Jade for her honesty.