The Academy Awards are tonight … and I’m not in Los Angeles! It feels strange. Since 2003, MrB and I have gone to the awards ceremony and/or the Vanity Fair Oscar party almost every year. We had a good long run, that’s for sure, and I loved every minute of it. You know how sometimes you go to a big event and later realize you had more fun getting dressed? Yeah, that never happened to me with the Oscars. The event was always fucking awesome! Getting dressed, on the other hand, was a bit nerve-wracking. 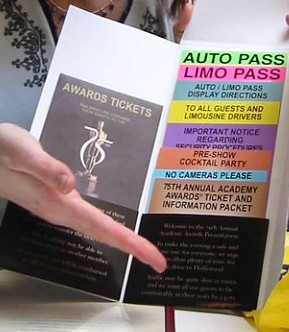 That first Oscar night on March 23, 2003, was the most nerve-wracking of all. My fashion concerns, however, ranked far below everything else that was happening in the world. On March 20, the U.S. invaded Iraq and everyone was scared. (Imagine how we would have felt if we knew we’d still have troops in Iraq 15 years later!) People questioned whether the Oscars should proceed as planned, and, if they did, whether there should be a red carpet.  MrB and I flew to L.A. not knowing if the event was happening, bringing with us both the vintage Versace dress and secondhand Jimmy Choo shoes that I got at Allan & Suzi a month earlier, and a more-somber black Dolce & Gabbana tuxedo that I got as backup a day before we left. In the end, the show did go on, though the red carpet was cut short. I decided on the dress at the last minute. 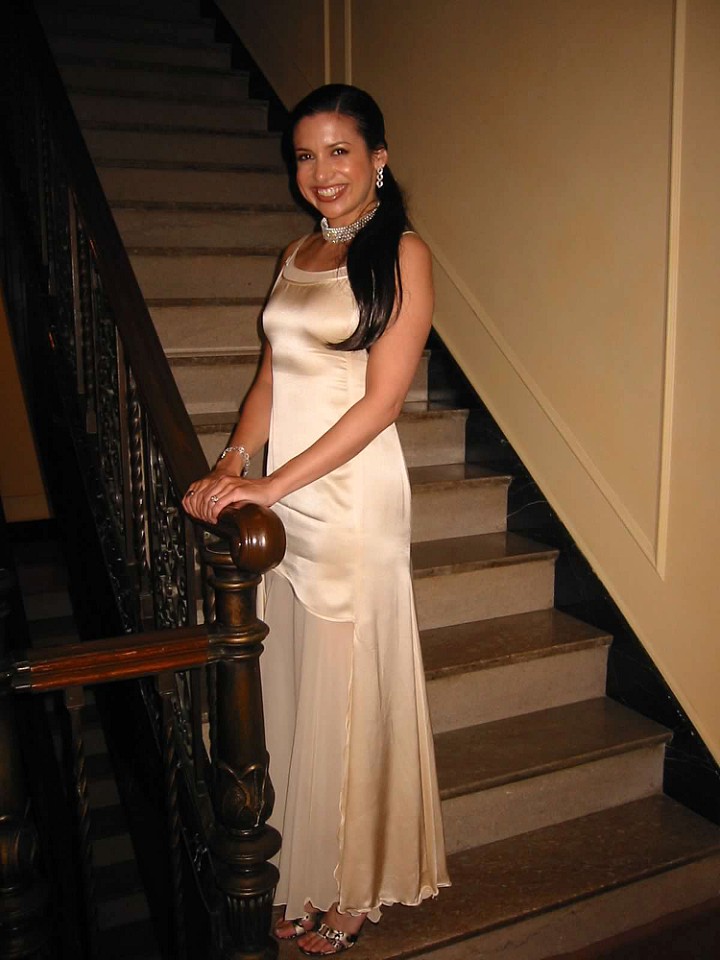 I felt fabulous in my long faux-ny tail. My real hair quite short at the time. 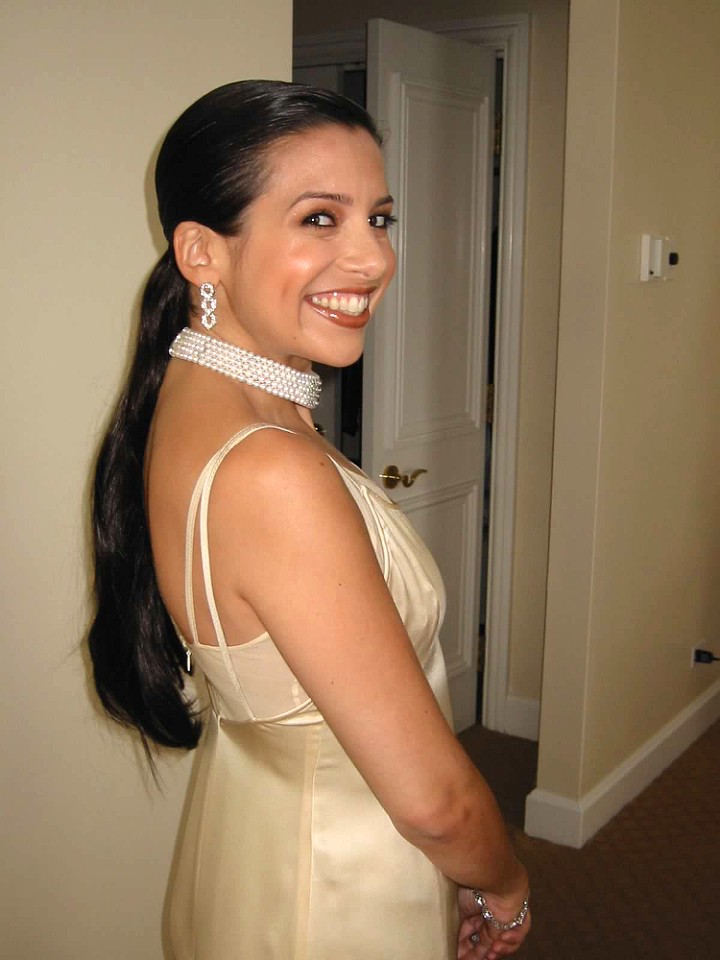 This is a borrowed pearl choker, not the one I frequently wear now. You can see this one is too big on me.

Th photo below was taken in the limo on the way to the ceremony. Can you see a little something on the back of my left dress strap? That was a metal Medusa ornament. Now scroll back up to the photo above. There’s no Medusa on the right strap. That’s because that one broke in half after we got to L.A., creating a little extra wardrobe agitation. We were able to find a tailor who cut the strap, slid the broken piece of metal off, and sewed the strap on. I’m a fan of an asymmetrical look anyway. 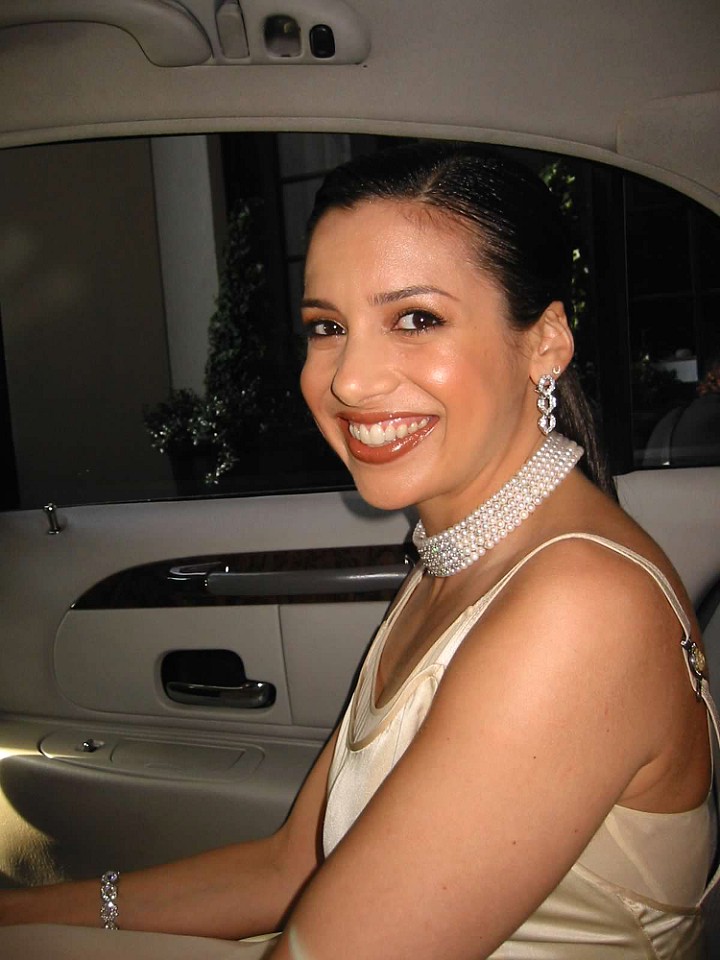 Here’s the dress looking a little the worse for wear after hours of sitting in the theater. (I’m holding our programs from the show.) I believe this was the only year we were invited to the Governors Ball after-party, and we skipped it because we were so nervous about finding our easily confused, pot-smoking limo driver in order to get to the Vanity Fair party. 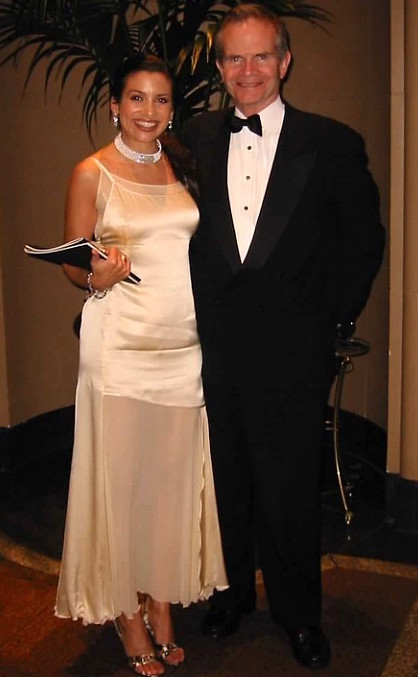 I don’t have that Versace anymore. I kept trying to find a way to keep the straps from falling off my shoulders, and a bad tailoring decision led to it becoming much too tight on top. I had to give it up, but I did manage to wear it one more time before that happened.

In 2004, I again found a dress from Allan & Suzi. I’ve gotten a lot of use out of this unlabeled piece.  The late, great New York Times style photographer Bill Cunningham took its photo in 2008, and I wore it as recently as New Year’s Eve 2017 — and the only reason I’ve been able to wear it that much was because of the tailor who fixed the Versace dress in 2003. My 2004 dress had no lining when I bought it, making it completely see-through. I needed help and I had yet to discover Jean of Ghost Tailor in New York City, so I looked up the L.A. tailor; mailed the dress to her; and had her create a skin-toned mesh lining for the dress. I had no idea if the dress with lining would fit till I got out there and tried it on a day before the Oscars. 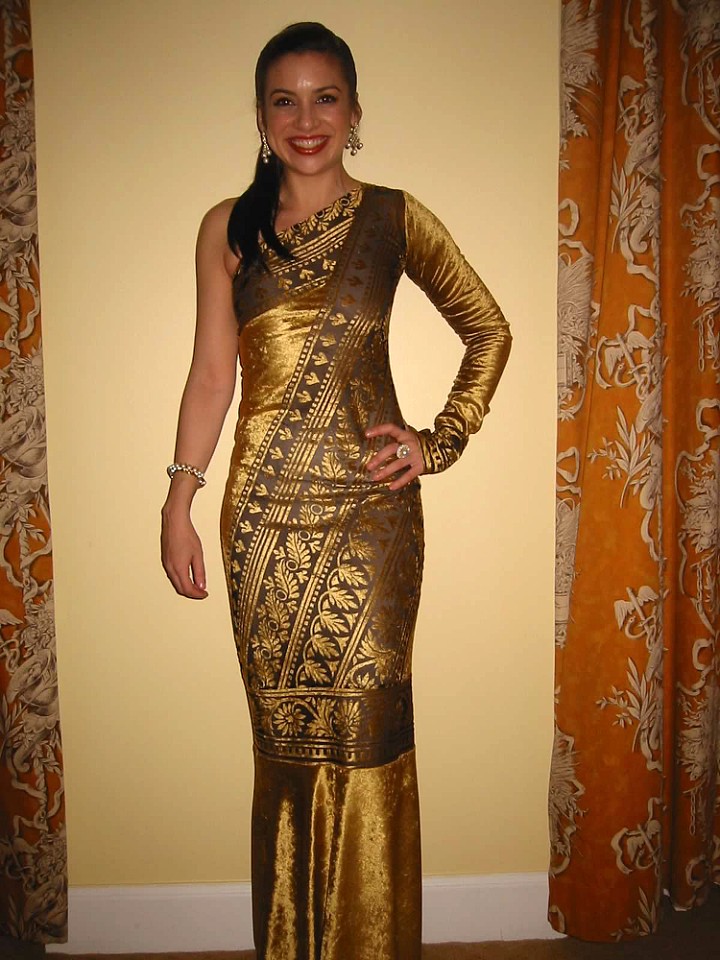 This 2004 dress went well with the curtains.

My resourcefulness was rewarded when Renee Zellweger complimented the dress at the Vanity Fair party. Actually, she had first complimented the full-skirted vintage dress that I wore to a party the day before the Oscars, and when I shyly said hi to her on Oscar night and congratulated her on her win for Cold Mountain, she looked at my dress and said, “You’ve done it again!” I’m still blown away by that. She’d just won an Oscar and everyone was desperate to get a piece of her, yet she remembered the fashion choices of a total stranger. In fact, many of the best-known actresses we’ve met at these events have been very kind like that. The actors? Not so much. (Renee’s date that evening was musician Jack White, who was in full sulk mode.)

After talking to Renee, my faux-ny tail and I were on Cloud 9. 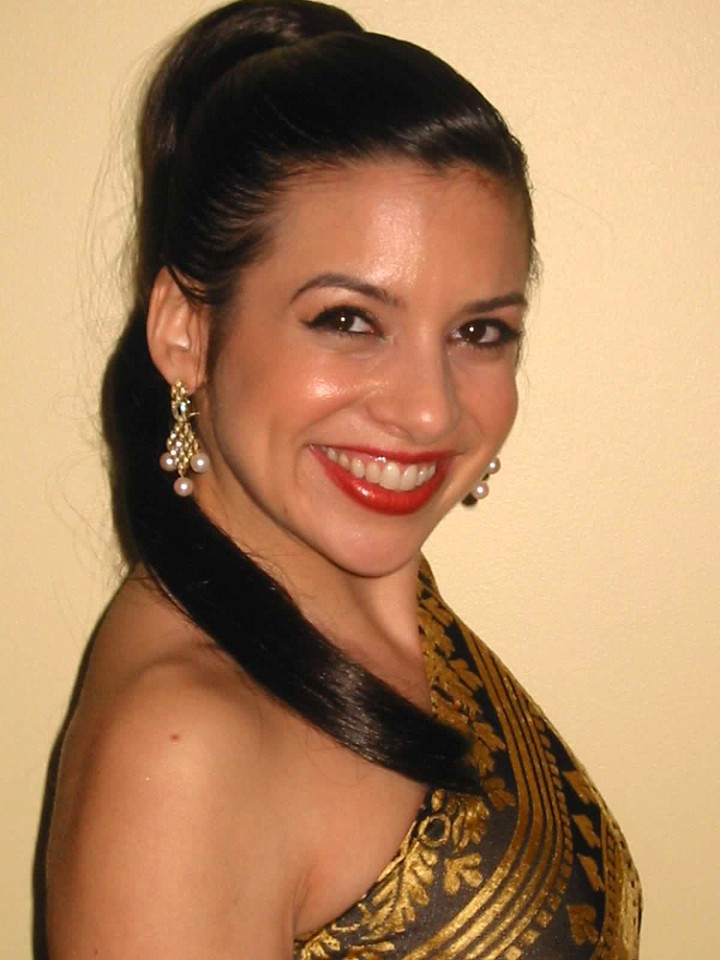 Happy to have long hair for a change.

I left the faux-ny tail behind for the 2005 Oscars, which wound up being a hair disaster for me. For a big chunk of that year, I tried wearing my hair naturally wavy. I wound up hating it in most photos, as I mentioned recently, and Oscar night was the worst of the wavy-hair photos. I can’t remember who styled my hair that night, but s/he increased my dedication to chemically straightened hair. 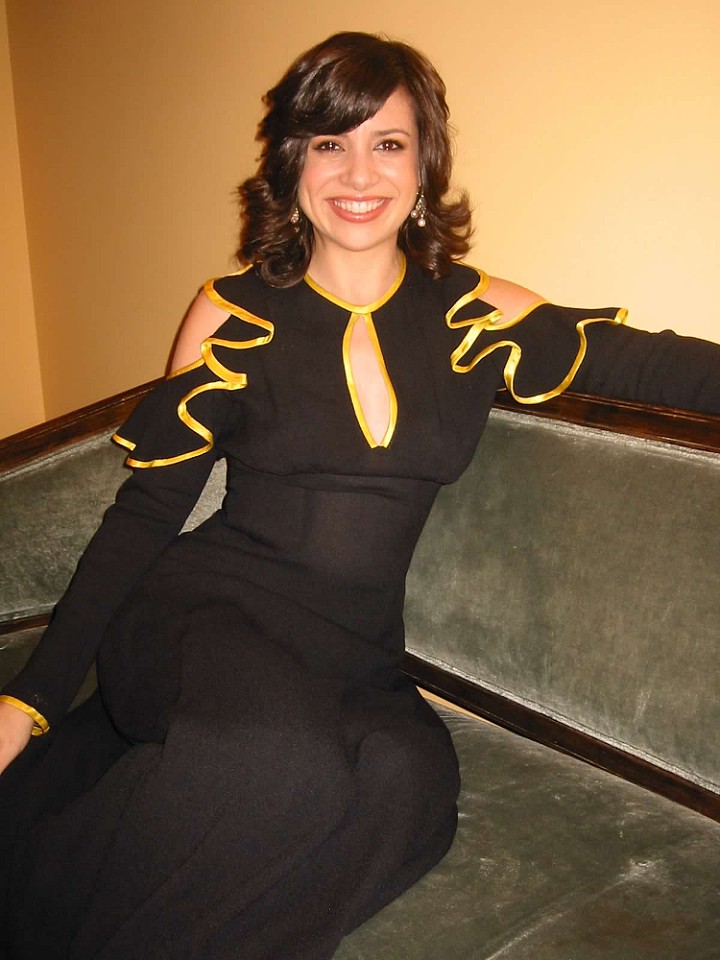 I had a gown problem in 2005 too. My vintage Ossie Clark gown turned out to be completely transparent on top when exposed to a camera flash … and this was years before the #FreeTheNipple movement. When I found my trusted tailor in New York, I had her add a black lining to the front of the dress, but that was long after Oscar night. I still have this dress, of course. I don’t think I’ve ever given up an Ossie Clark piece!

I’ll resume posting with my 2006 dress in a few hours!