The 2018 Independent Spirit Awards have just begun out in California (you can watch them on IFC and on Facebook Watch), jogging my memory about the one time I attended that event.

It was Feb. 24, 2007, and Sarah Silverman was the host. The awards took place four months before the first iPhone was released and five months before I started my blog, so I had neither a camera phone nor a compelling reason to fuss over outfit pictures. These two photos from our hotel room seem to be all I have. First, the almost-head-to-toe look (minus one toe). 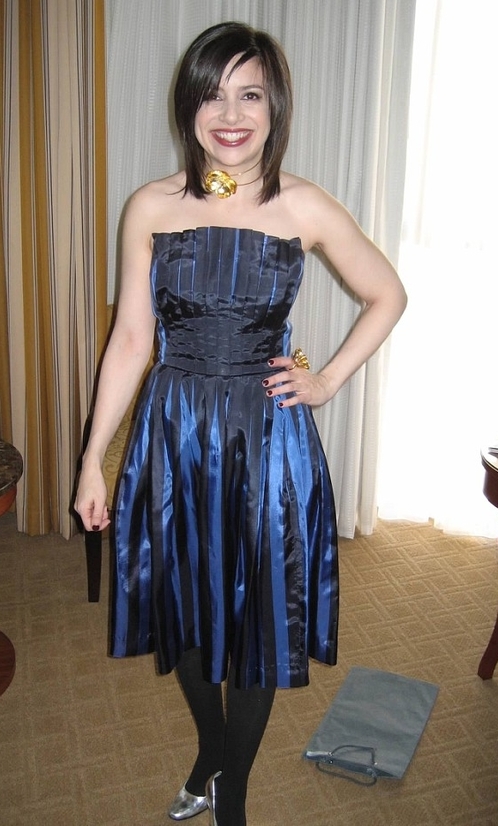 It was a chilly, breezy day — especially near the beach, where the awards were being held — hence the black tights, which were/are unusual for me. I still have those silver Prada wedges, which I wore to the Women’s Jewelry Association Awards for Excellence last year. They were already a couple of years old in 2007. I’m sure I got that vintage Victor Costa dress from my friend Evan’s now-closed New York store, Frock, and it’s still in my closet. The choker and ring were pieces I had made for designer Zang Toi’s recent runway show. This outfit induces a whole lot of “meh” for me now, though it did look better in real life than it photographed. I known I felt good about it at the time, and that’s all that really matters. In fact, that’s the only reason I still have that dress. I have thought about sending it off to a new home many times, but have hung onto it for the memory. Sometimes that kind of thinking/behavior pays off, and I realize that an item I planned to banish from my closet is my new favorite thing to wear.  Who knows? Maybe you’ll see this on me soon. Or you’ll find it in a thrift store. Keep your eyes peeled.

Here’s the only other picture I’ve found from that day. 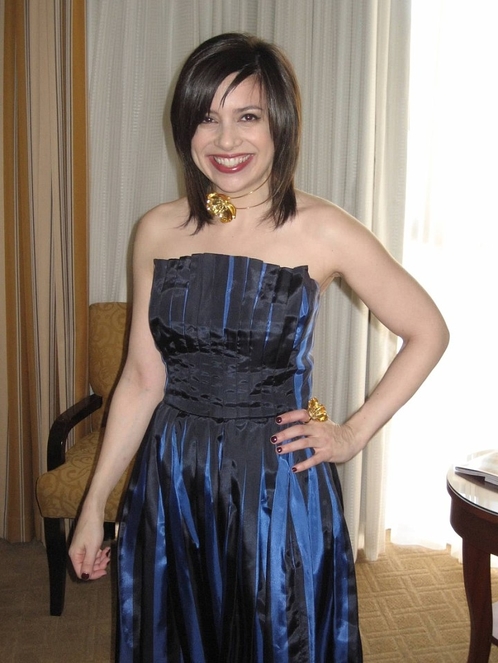 You might also like
What Wendy Wore: Vanity Fair Oscar Party and Leopard Week
Don't Miss Friday's Columbus, Ohio, Jewelry Event
What Wendy Wore: Hanging Out at Zang Toi's Showroom
Previous Post: « Because Nothing – NOTHING! – Can Be Easy
Next Post: My Oscar Gown Archives, Part I »