“It’s an honor just to be nominated” is an awards-ceremony cliche, but it’s true! There are a lot of female jewelry designers, but I was one of only five nominated for a Women’s Jewelry Association Award of Excellence at the WJA’s gala dinner on Monday, and I am truly grateful for that.

Of course, it would have been an even greater honor to win, but there’s always next year, and I will do my best to get back on that short list. In the meantime, big congrats to Claudia Kretchmer of Steven Kretchmer Design for winning the 2016 award … and on her late father Steven’s birthday too! 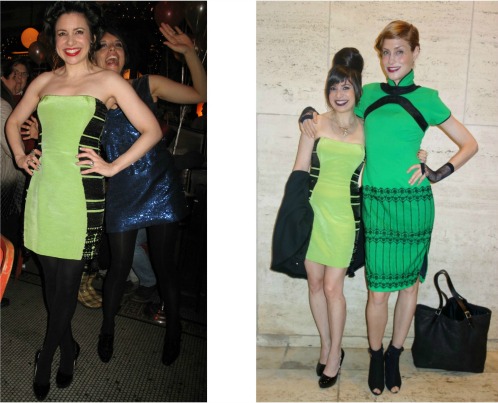 My friend Jennine is photobombing on the left. Model Deborah is being tall on the right. Click for the 2014 post.

Not only did I wear an “old” dress, but I paired it with the same shoes I wore previously.

What Wendy Wore
Dress: Zang Toi (2010, first worn here)
Shoes: Prada (2010)
Jewelry: My own designs (if you look hard, you can see my ankle bracelets)
Lip color: L.U.V. by Kat von D
Ribbon: All the nominees had one

My hair stylist friend Julie Matos of Warren-Tricomi created a colorful chignon for me with the help of a few small hairpieces. 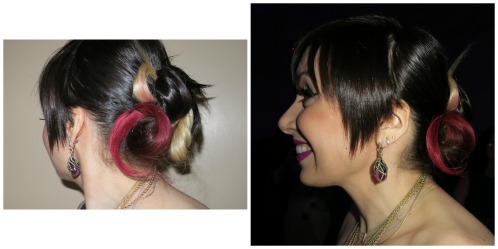 Two views. On the right, you can see my Marie Antoinette amethyst earring and a crossed-fingers emoji stud.

The ‘do reminded me of a parfait, which made me happy, because everybody likes parfait!

As anticipated, I saw many of my Vegas Gems at the dinner.  Whenever possible, I like to take a photo with me standing in between two of the tallest gems, Monica Stephenson of iDazzle (a 2015 award winner for editorial) and Barbara Palumbo of Adornmentality and What’s on Her Wrist (a 2016 nominee). 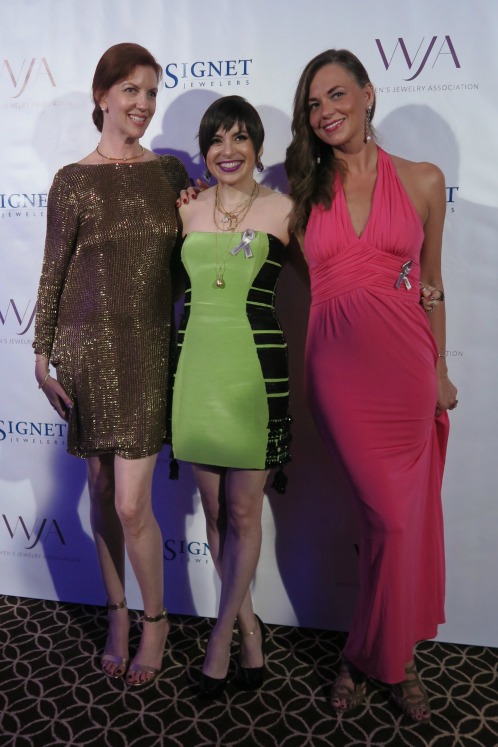 Wendy sandwich. Monica on the left, Barbara on the right.

Barbara and I took one of our most glamorous duckface photos evah. (Check out Barbara’s caption.)

Loser, loser, we are boozers. Actually it feels as if we should be in the next Charlie and the Chocolate Factory movie in this picture. #purple #wjaawards16 #jewelrypeople #vegasgems #duckfacebesties #wegotthis

I’m jealous of Barbara for getting this highlarious photo op with jewelry expert Peggy Jo Donahue. 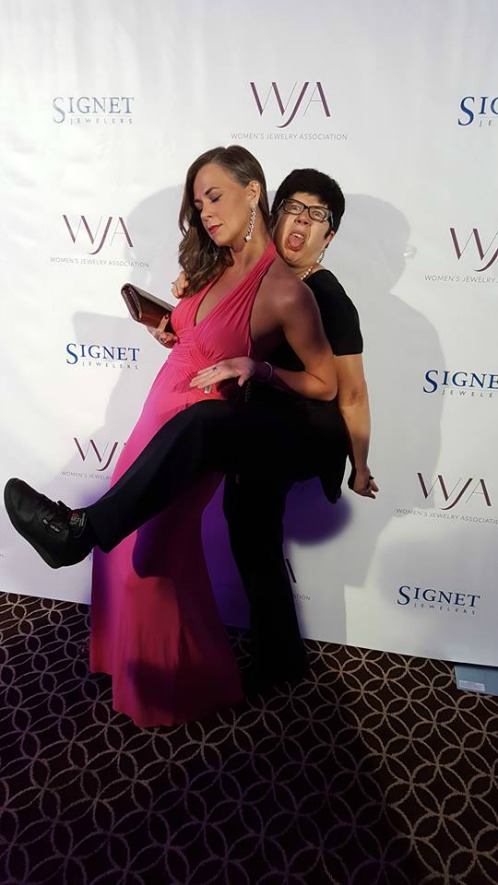 Why was I not in this one? Dang!

I did a more cutesy pose with MrB. 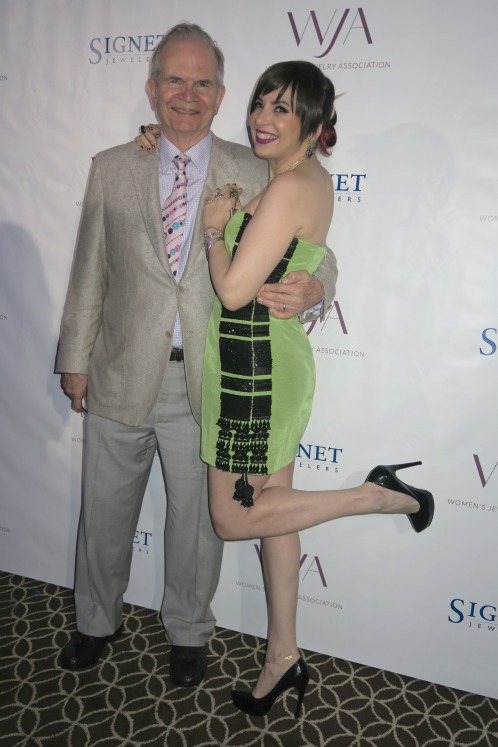 I should have raised the foot with the ankle bracelets on it!

My other guests were my right-hand woman, Eryn Patton, and my designing friend, Stacy Lomman. 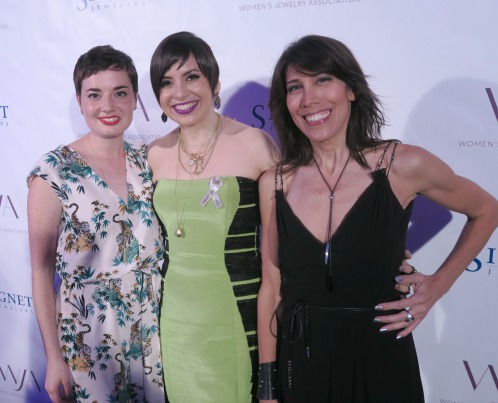 Eryn on the left, Stacy on the right.

It was a fun night, though before the design award was handed out, I was so nervous I was breathless. Strangely, even after I knew this wasn’t my year, I was still breathless. In fact, I was breathless until I came home and took off that dress, which has a built-in corset. Whew!

Congrats to all the WJA winners!
You might also like
I Thought I Looked Purrfect
Throwback Thursday: Castelbajac Lego Dress Over the Years
Mr. So Sunshine
Previous Post: « History Is Made
Next Post: Jewel of the Month: Double-Finger Ring for ANZA Gems »