Thanks to Erika Winters of PriceScope for including my Sophie twisting-heart necklace in her Valentine’s Day gift list of “9 Diamond Hearts for Your Love.”

This limited-edition, 18K-gold-and-diamond design was inspired by a twisting locket featured in the 2006 movie The Illusionist. In the film, which was set in the 19th century, Jessica Biel plays Sophie, the duchess who is the forbidden love of Edward Norton’s magician, Eisenheim. Sophie and Eisenheim first meet as teenagers, and Eisenheim gives her a wooden pendant, in the shape of a rectangle with rounded corners. The pendant twists on the diagonal to form a heart shape. Then the heart slides apart to reveal a photo.

I enjoy creating complicated mechanical jewelry but the movie version is over the top. In fact, The Illusionist locket is reportedly an illusion itself, created for the movie from two different lockets. As a result, I opted to focus solely on the twisting movement that forms the heart. I also decided that an oval shape was more aesthetically pleasing to me than the original rounded rectangle. 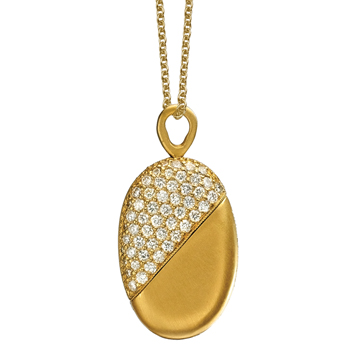 When you twist that oval on the diagonal, it turns into a heart lavished with 1.1 carats of diamonds. 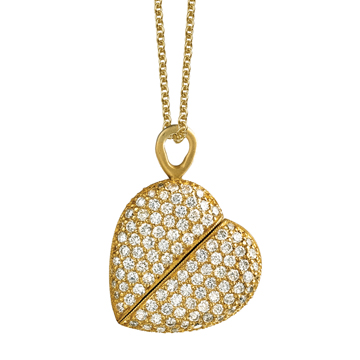 The 3/4″ pendant is perfect for everyday wear. It looks fabulous on its own, of course, but is also a great layering piece. Basically, you never have to take this one off! 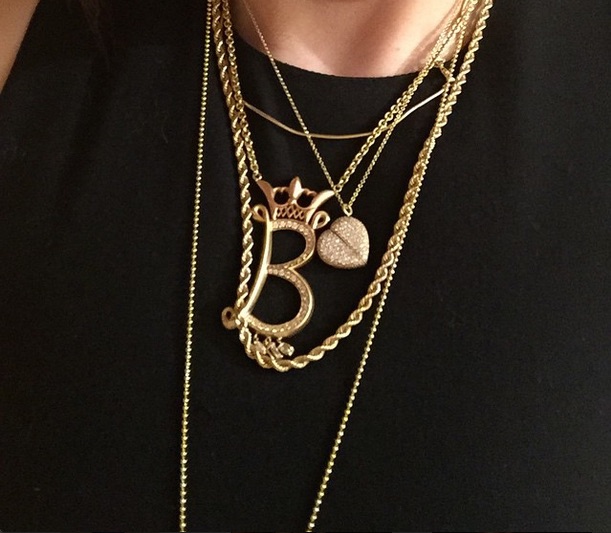 The Sophie locket with friends, as seen on my Instagram.

I only made two of these and one is sold. One is still available for $8,500 for the woman who loves rare jewelry.

If you prefer a locket that has the sliding motion of the movie locket, my massive 18K-gold-and-diamond Hatshepsut design should be right up your alley. 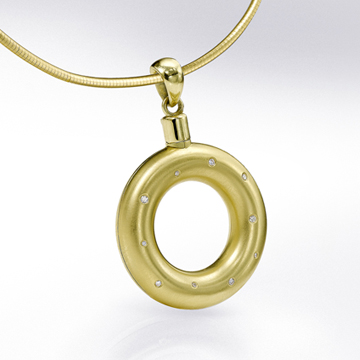 I used a full ounce of gold for this piece, and diamonds are set on both sides. One of the sides has a high-polish, shiny finish. The other side has a satin finish. 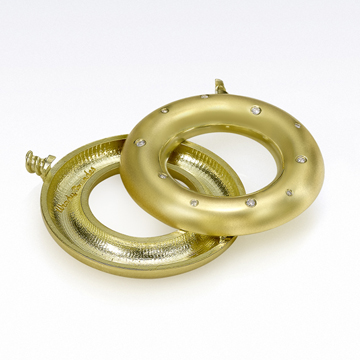 This design was inspired by Hatshepsut, the Egyptian queen who, after her husband died, apparently proclaimed herself king. While some believe that Hatshepsut served as co-regent with her husband’s son, others believe that Hatshepsut was recognized as the true ruler. She was depicted with all the traditional male regalia of Pharaoh, including a false beard. You — and Gloria Steinem — know how I love women who adopt men’s titles! 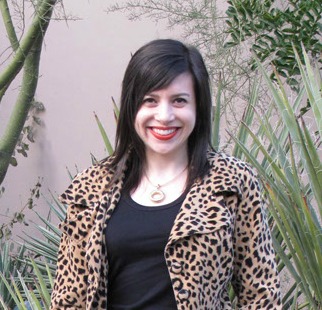 I created this locket after an afternoon spent among the Hatshepsut artifacts at the Metropolitan Museum of Art. As with many of my historically inspired pieces, the design isn’t a literal interpretation of anything associated with Hatshepsut. It’s more about what I feel the lady in question might have enjoyed if she had our current-day jewelry-making technology.

This necklace is even more exclusive than the Sophie. While I made and sold several silver versions, I only made one in gold, so whoever gets this beauty will have a totally one-of-a-kind piece.

If you have any questions about either of these designs, holla at me at info at wendybrandes dot com. They’re both available to be delivered in time for Valentine’s Day. And, hey! If you decide to self-gift, I think Hatshepsut would totally approve. A king wouldn’t hesitate to treat herself!

UPDATED TO ADD: I can’t believe I missed this in October — the CW is working on a television version of The Illusionist. And I just forgot to mention earlier that the film is loosely inspired by what is known as the Mayerling Incident: the 1889 real-life murder-suicide involving Crown Prince Rudolf of Austria. If you’re a history buff, you should check that out.

You might also like
Great Gatsby-Inspired Jewelry
Customer of the Day: Erica and the Loveliest Bones
Cufflinks on Sale for Father's Day
Previous Post: « Katy Perry Relaxing After Her Super Bowl Halftime Show
Next Post: Fifty Shades of (Skylar) Grey on iTunes »