Halloween is coming, so it’s a good time for spooky jewelry! Yesterday, I gave you bats. Today I give you skulls. My Juana Skull Necklace is now available in sterling silver with white sapphire eyes for $500.

The silver necklace is the most affordable of my Juana pieces, which started with my 18K gold and ruby Peekaboo Skull Necklace. 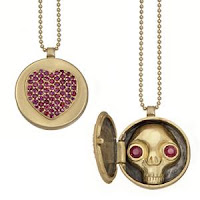 My whole Juana jewelry concept was inspired by Juana of Castile, better known to history as “Juana la Loca” (“Juana the Mad”). Juana, born in 1479, was an older sister of Katherine of Aragon of Henry VIII fame. More importantly, she was the second eldest daughter of “the Catholic Monarchs” who united the Spanish kingdoms: Isabella of Castile and Ferdinand of Aragon. You may recognize the latter names because Isabella was famously a patron of Christopher Columbus; her support enabled his expedition to reach the Americas in 1492. That just so happened to be the same year that Isabella and Ferdinand — after asking for the Pope’s permission — signed a decree ordering the expulsion of all Jews from Spain within four months. The alternatives were conversion or death. In other words, don’t hold your breath waiting for me to do an Isabella of Spain jewel. I usually appreciate a murdering queen, but this large-scale Jew-killing spree really rubs me the wrong way. (Note: Isabella and Ferdinand had it in for Muslims and Protestants too.) Seriously, even the Pope who approved the Spanish Inquisition complained that it went too far. That’s why my Isabella jewelry is named for an Isabella with much more acceptable killing habits. No “jew”elry for you, Isabella of Castile! 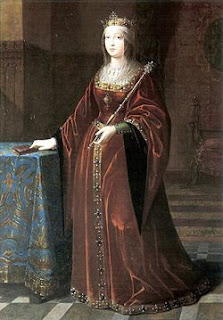 Anyjew, back to Juana. In 1496, just before Juana turned 17, Isabella and Ferdinand married her off to Flemish Archduke Philip, known as “Philip the Handsome,” the son of the Holy Roman Emperor Maximilian I. Keeping it all in the family, Philip’s sister Margaret was married to Juana’s only brother and the heir to the Spanish throne, Juan. 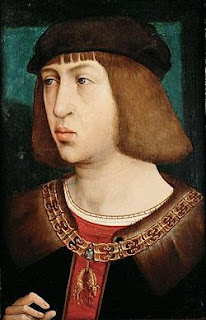 Philip the Handsome. Seriously.
Beauty is in the eye of the beholder.

Juana’s elder sister, another Isabella, was married to Manuel I of Portugal. Even before these married siblings had a chance to have any kids, Juana was a distant third in line to the throne. She was basically like England’s Prince Harry is today, relative to Queen Elizabeth II. Imagine how shocking it would be if, during Queen Liz’s lifetime, Princes Charles and William were tragically removed from the line of succession and party-loving Harry became King Henry IX. We would all be like, “Holy shizz!” Well, that’s what happened to Juana. Her brother Juan died six months after his marriage to Margaret and Margaret’s child was stillborn. In 1498, Juana’s sister Isabella died in childbirth. Then the son Isabella gave birth to died in 1500. Suddenly, Juana became very important. In 1502, she was officially recognized as the heiress to the Castilian throne and Philip was recognized as her consort. Apparently, no one thought she was too crazy for the job at the time. 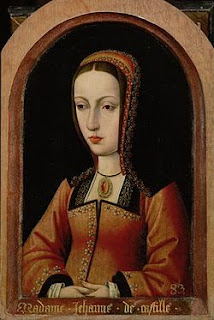 When Juana’s mother, Isabella, died in 1504, Juana became Queen of Castile. Juana’s father, Ferndinand, remained King of Aragon but lost his title of King of Castile. Dad was not happy with this. He felt that he and Juana should be considered joint rulers of ALL the Spanish territories. But, he said, Juana was now crazy so he would be a good father and rule in her name. Naturally, that made Philip unhappy. His opinion was that if anyone was going to rule Castile on behalf of crazy Juana, it should be her husband. Ferdinand’s response was to quickly get married again to try to produce some more heirs of his own. (And you thought your family dynamics sucked?) 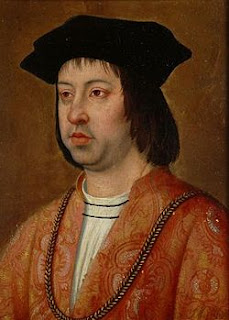 Was Juana really crazy or just the victim of power-hungry men who wanted to rule the kingdom that was rightfully hers? It’s difficult to say. You can’t trust the opinions of Ferdinand, Philip or any of their supporters. As we’ve seen, men tend to be unreliable narrators when it comes to women who threaten their power. On the other hand, there was a family history of mental instability. Juana’s maternal grandmother, yet another Isabella, suffered from severe post-partum depression that deteriorated into madness when she was forced into lifelong seclusion by her stepson in — surprise! — an earlier power struggle over a throne. Certainly, any problems that Juana had may have been worsened by her lousy family life. She was, no pun intended, madly in love with Philip. While he spent enough time with her to father six children, he was frequently unfaithful, which caused wild jealous outbursts on her part. A long, tense visit with her parents in Spain in 1501 – 1502 worsened her mood, especially when Philip left her there –pregnant — to go home to Flanders and his many mistresses. Juana wanted to follow him, but her mother locked her up. You see how someone who was a little high-strung could lose it in that environment.

Juana eventually got back to Philip, of course, and after Isabella’s death, they went to Spain to claim Juana’s inheritance. Juana and Philip prevailed long enough to be sworn in as rulers in 1506, only for Philip to die of typhus months later, while Juana was pregnant with her sixth child. Legend has it that after her beloved’s death, she refused to be parted from him and took his coffin on her travels around Spain, frequently opening the coffin to kiss her dead husband. That’s what inspired my Juana peekaboo skull jewelry. (How’s that for a good story, skull haters?) The story I prefer to believe is that she opened the coffin only in response to a rumor that the corpse had been stolen. Nevertheless, it was the gory version that seized hold of my imagination as a designer. 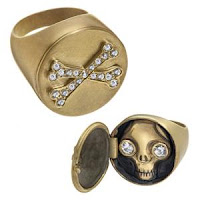 After Philip’s death, Juana did try to secure the throne for herself, but she didn’t have the money or the men, plus there were increasingly alarming rumors about her sanity. Ultimately, her loving father locked her up and ruled in her name. He never did manage to have a surviving son with his second wife, so upon Ferdinand’s death in 1516, Juana’s son Charles inherited both Aragon and Castile and ruled in his and his mother’s name until her death in 1555. The same son went on to become the Holy Roman Emperor. Eventually, he was succeeded in that role by Juana’s other son, another Ferdinand. Her four daughters all became queens. And whenever any of Juana’s royal descendents showed any sign of craziness, guess who got the blame?

If you’re looking for more Juana reading, I highly recommend The Last Queen by C.W. Gortner, a novel told in Juana’s voice. Gortner’s Juana is a passionate and impetuous woman who doesn’t lose her mind until everything is taken from her. And you’ve got to love any historical fiction that has a classic line like this on the third page: “‘Fie.’ I gave a toss of my head. ‘Let her first show respect for Spain.'” I need to say “Fie!” much more often. 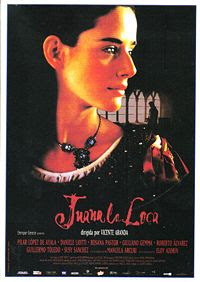 Really, all of the recent writing on Juana questions whether she was loca. The Scroll of Seduction by Gioconda Belli interweaves the fictionalized story of Juana with the purely fictional story of Lucia, an orphan living in a convent school in Spain in the 1960s. The Juana portions are excellent, but the Lucia parts … not so much. This is what I wrote in my Amazon.com review of the book: “Lucia is being told Juana’s story by an obsessed 40-year-old historian, Manuel, who lures Lucia away from her boarding school on the weekends, brings her to his apartment and insists the 16-year-old wear a historically appropriate costume in order that she can better identify with Juana (and give Manuel insight into Juana’s psyche) during the story-telling sessions… The framing device of Manuel’s relationship with Lucia is a gothic Flowers in the Attic catalog of lies and sordid behavior that seems unnecessary and over-the-top.” Or, to make a long review short: “Fie!”

I just discovered another novel, That Other Juana by Linda Carlino, on Amazon UK so I’m going to read that next. As far as I can tell there’s no inappropriate 1960s relationships in it. For nonfiction, there’s Juana the Mad: Sovereignty and Dynasty in Renaissance Europe by Bethany Aram. Make sure you get these books from the library rather than the bookstore, because you need to save your pennies for jewelry shopping. Here are the rest of my Juana pieces:

Also, check out my previous post on a band called Mad Juana.