A lot of high schools had their graduation ceremonies last week, so for Throwback Thursday, I’ll go way back to my graduation in 1985. 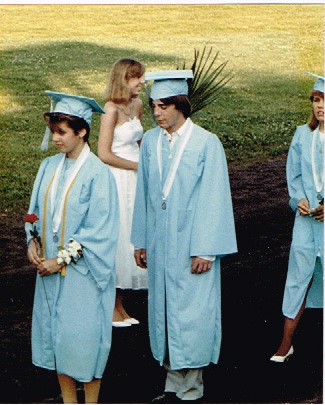 I had a red rose and a wrist corsage?

This was the public school whose newspaper adviser censored my music review because it mentioned homosexuality. Before that, some bitch teacher tried to keep me out of the National Honor Society — even though my grades easily qualified — because she didn’t like my opinions. I mean, I guess that’s what her problem with me was. What she cited was my alleged lack of morals. I didn’t and still don’t know how I could have lost my morals in high school, because I didn’t have any fun at all. I graduated without having had sex, so she couldn’t slut-shame me for that. I didn’t smoke, do drugs, cheat on tests, cut classes or incite violence against teachers. I had been drunk exactly once, and I think that might have been an accident, because I didn’t understand what hard cider was. Maybe it was my tolerance of gay people or belief in the right to an abortion that got me in trouble. Who knows? 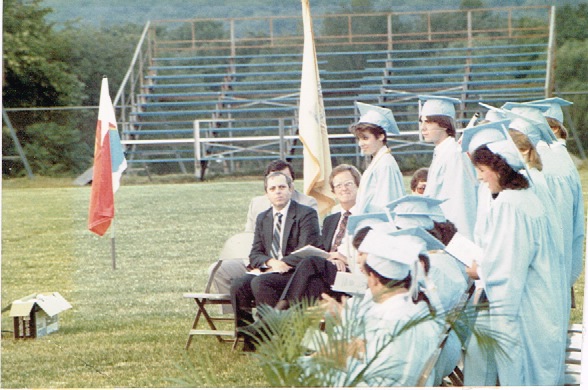 The teacher was eventually overruled and I was allowed into the National Honor Society, which changed my life … not at all. I also graduated second in my (small) class. The girl who was first in the class studied a lot more than I did. I coasted whenever I could. Despite that, if I recall correctly, I gave the final speech at the graduation ceremony, including the line that cued everyone to throw their caps in the air. That’s very odd, because the second in the class is called the salutatorian and traditionally speaks first, delivering the salutation, hence the word “salutatorian.” The valedictorian should speak last, delivering the final, or valedictory, speech. 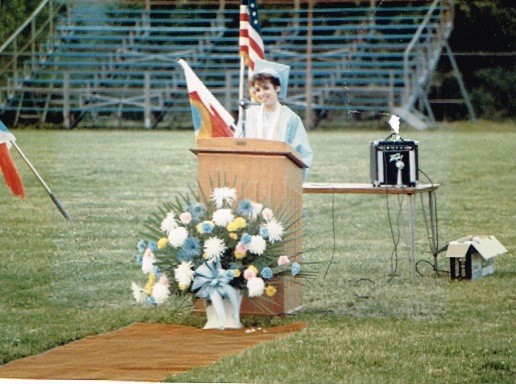 Before digital cameras and cell phones, you took 12 pictures or so and kept whatever came back from the film-developing place, which explains this photo. Nowadays, you’d look at something like this and say, “Take it again!!” 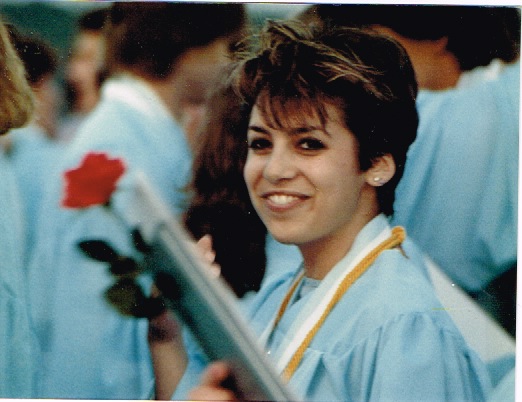 The little bit of my dress peeking out at the top of my robe in the photo below confirms I did wear my favorite Fiorucci dress to graduation. 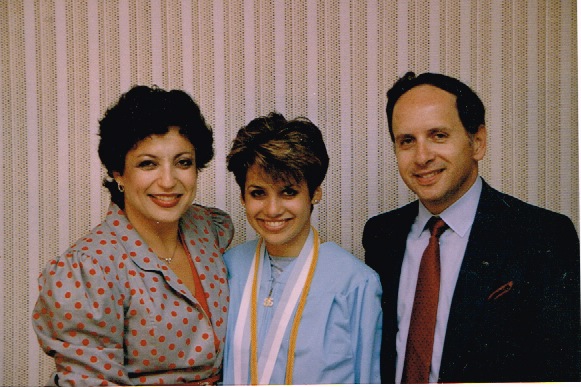 With BarbaraB and GeorgeB.

I’m the same age now as my father was in that photo. (My mother was younger.) Of course, I thought they were both terribly old and didn’t understand anything. Ugh, this makes me want a drink.  Pass the hard cider!

You might also like
What Wendy Wore: Double-Vintage Clovis Ruffin
A Birthday, Gifs, and the Wisdom of Sonny Rollins
Throwback Thursday: Nobel Prize Edition
Previous Post: « RIP, DJ Furoche
Next Post: Ready for my “People of Walmart” Photo Op »