For the past 24 hours, I’ve been laughing over the story of a Portland, Ore., man who called 911 after his 22-lb cat went on the rampage. Lux, the cat, scratched the dude’s 7-month-old baby, so the guy kicked Lux in the rear. Lux didn’t take kindly to that and charged the whole family, leading to them taking refuge in a bedroom and calling for help. The guy warned the police that Lux had a “history of violence.” 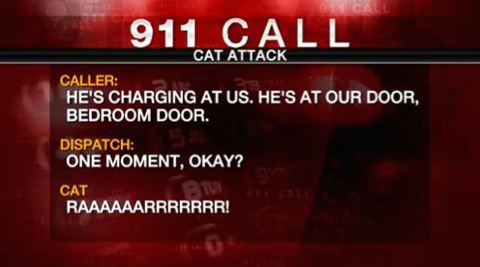 The absolute best retelling of this tale is by one of my favorite Internet people: MichaelK of Dlisted, who wrote:

“The fluent felinese speakers out there can correct me if I’m wrong, but ‘RAAAAAARRRRRRRR!’ translates to ‘I’m the captain now!‘ in English, right?”

This story reminded me of a dog I had in high school. I’ve mentioned before that Ringo, a Shih Tzu, was a mean bastard. “The whole family was scared of him till the day he died,” I wrote. 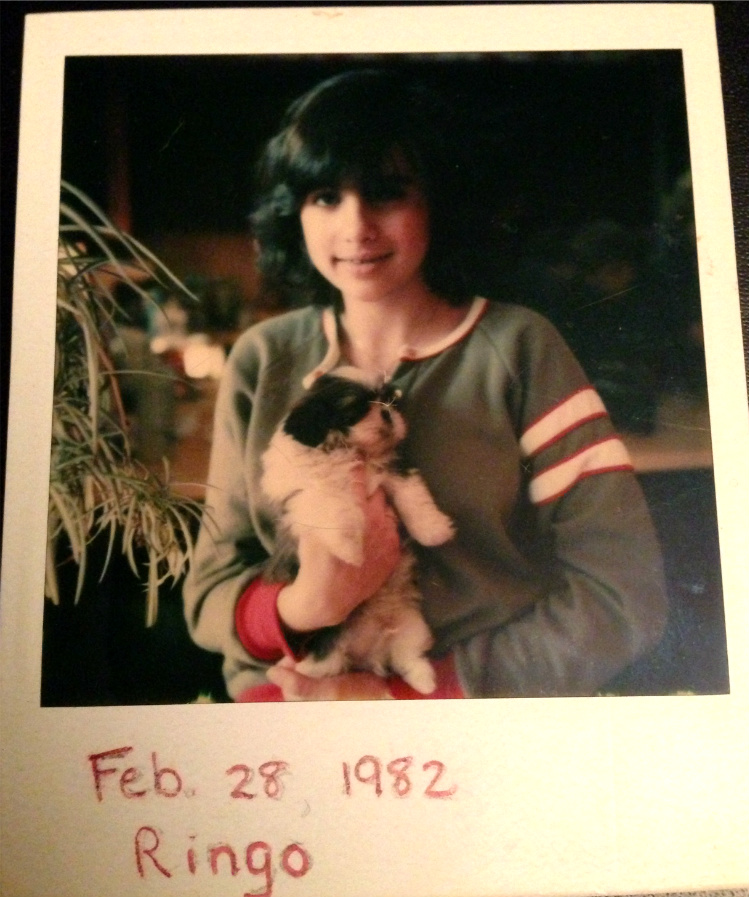 Both Ringo and I seem harmless in this Polaroid.

I never elaborated, so this seems like a good time to do so. Ringo had a habit of eating rather large, normally inedible objects. One of his favorite snacks was children’s underwear. Luckily my sister and I were about 10 and 13, respectively, when this started, so our panties weren’t very large. But, still, it was more than a dog should swallow whole. If we tried to approach Ringo while he was chowing down on undies, he would go crazy and attack us, again and again. After one of the first times that he swallowed the undies whole, we brought him to the vet and explained sheepishly that Ringo had consumed children’s underwear. “Was the child in them at the time?” the vet asked dryly. We didn’t find that very humorous. (Ringo would ultimately puke up or poop out the underwear — it varied from occasion to occasion — but with great difficulty.) 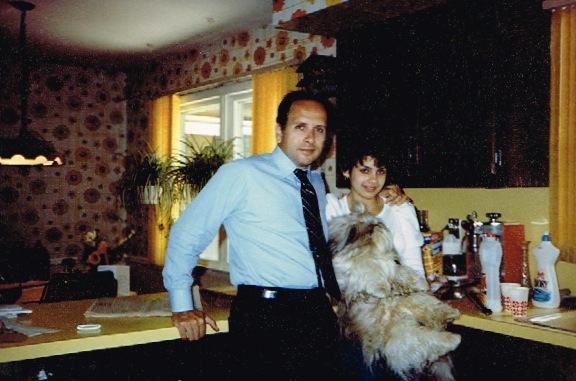 Note that in the photo above, taken in our kitchen, I look a little nervous while holding the fluff ball that is Ringo. That was a damn good room to be nervous in because that’s where my sister, father and I were when Ringo appeared one day with a pair of undies he found in the laundry room or a bedroom, despite our best efforts to hide intimate apparel. He went so berzerk that we all fled to the top of the kitchen counter. From that safe place, my dad used a big umbrella with a curved handle to try to drag the undies out of Ringo’s mouth. (I don’t know how this dog simultaneously held on to the panties and snapped at us at the same time, but he managed it.) At some point my mother came home and walked into the kitchen. We all screamed, “DON’T COME IN!!!!!”  I’m not sure mom has ever gotten over the vision of two tweens and a grown man held at bay by a maniacal small dog. But you know what we didn’t do? We didn’t call the fucking po-po to rescue us!

You might also like
My Best Dressed at the Emmys: Ummm ...
Prada With Pooch
What Wendy Wore: "Oh, These Old Things!"
Previous Post: « What Wendy Wore: Blue Lipstick #2 by Melt Cosmetics
Next Post: Throwback Thursday: Pearl Choker at 2006 Oscars »