I was very pleased with the blue lipstick — Doll by Ka’Oir — that I wore to my designing friend Zang Toi’s Fall/Winter 2014 runway show last month. 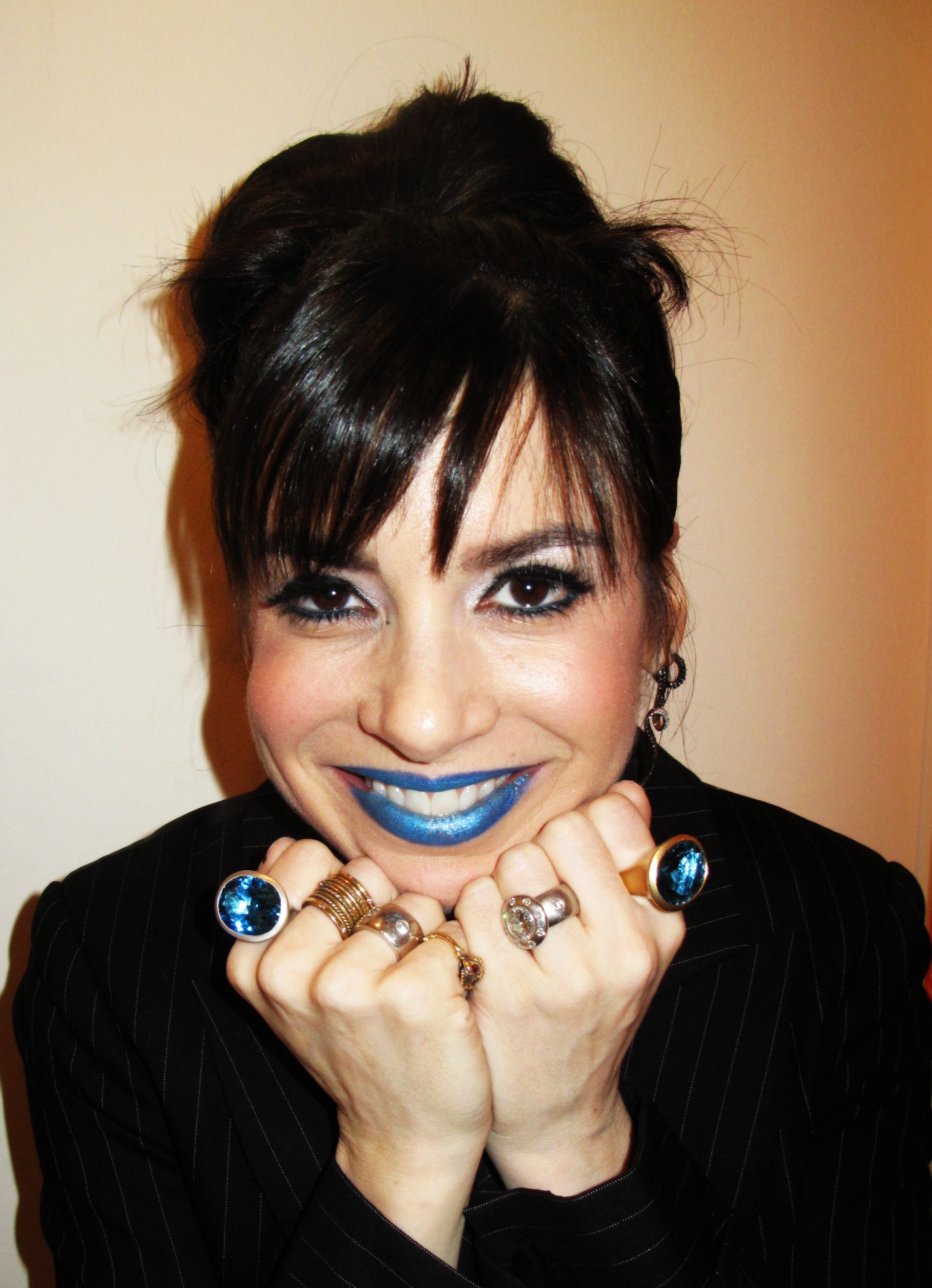 Because I was happy with that one, I wasn’t planning on buying another blue lipstick, but I couldn’t resist a deeper shade by Melt Cosmetics, mainly because it was called DGAF. I figured it would go nicely with my favorite IDGAF necklace. I wore both when MrB and I went to In-N-Out Burger on a very rainy day in Los Angeles.  We’ve become addicted to In-N-Out Burger. 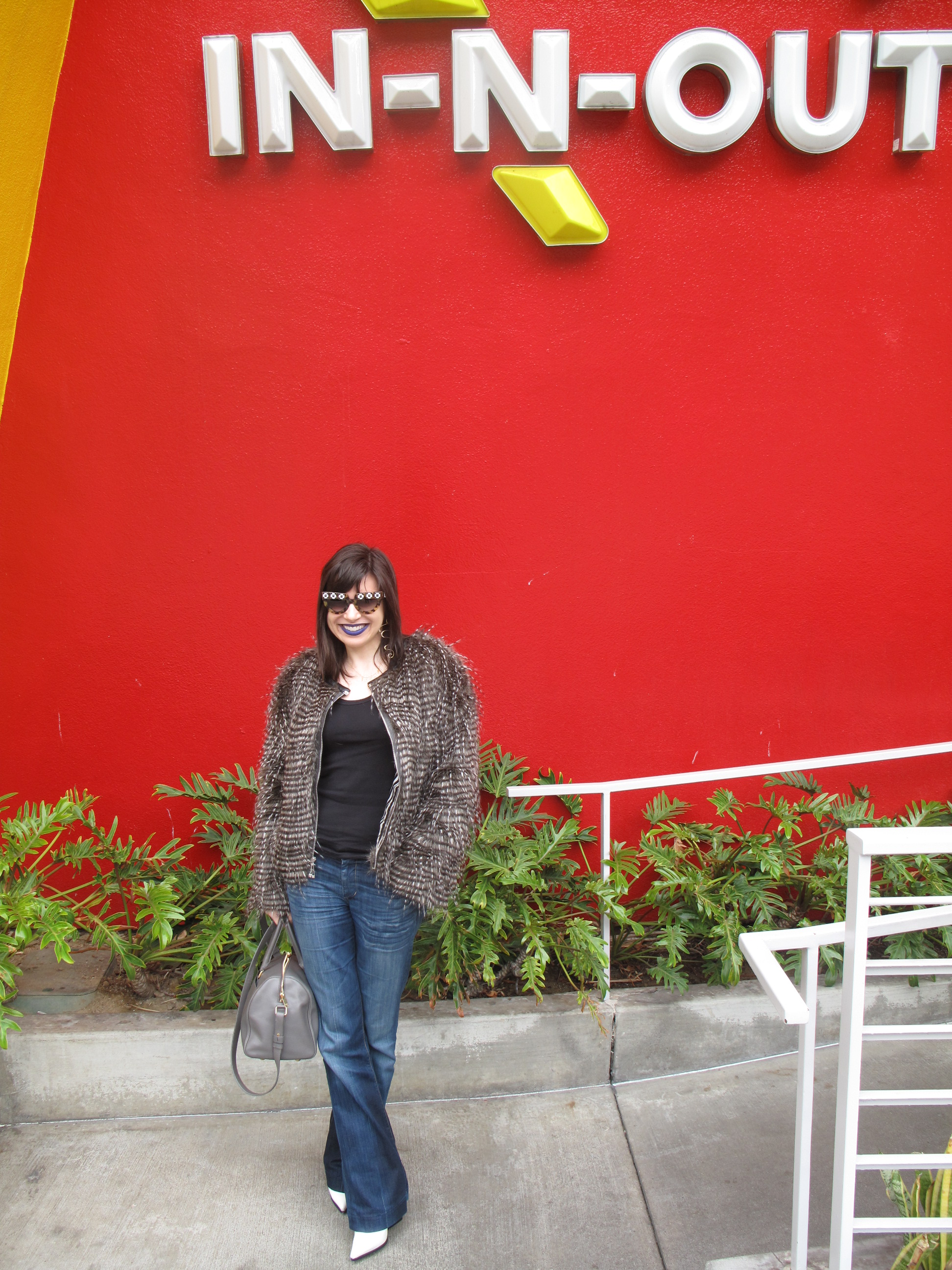 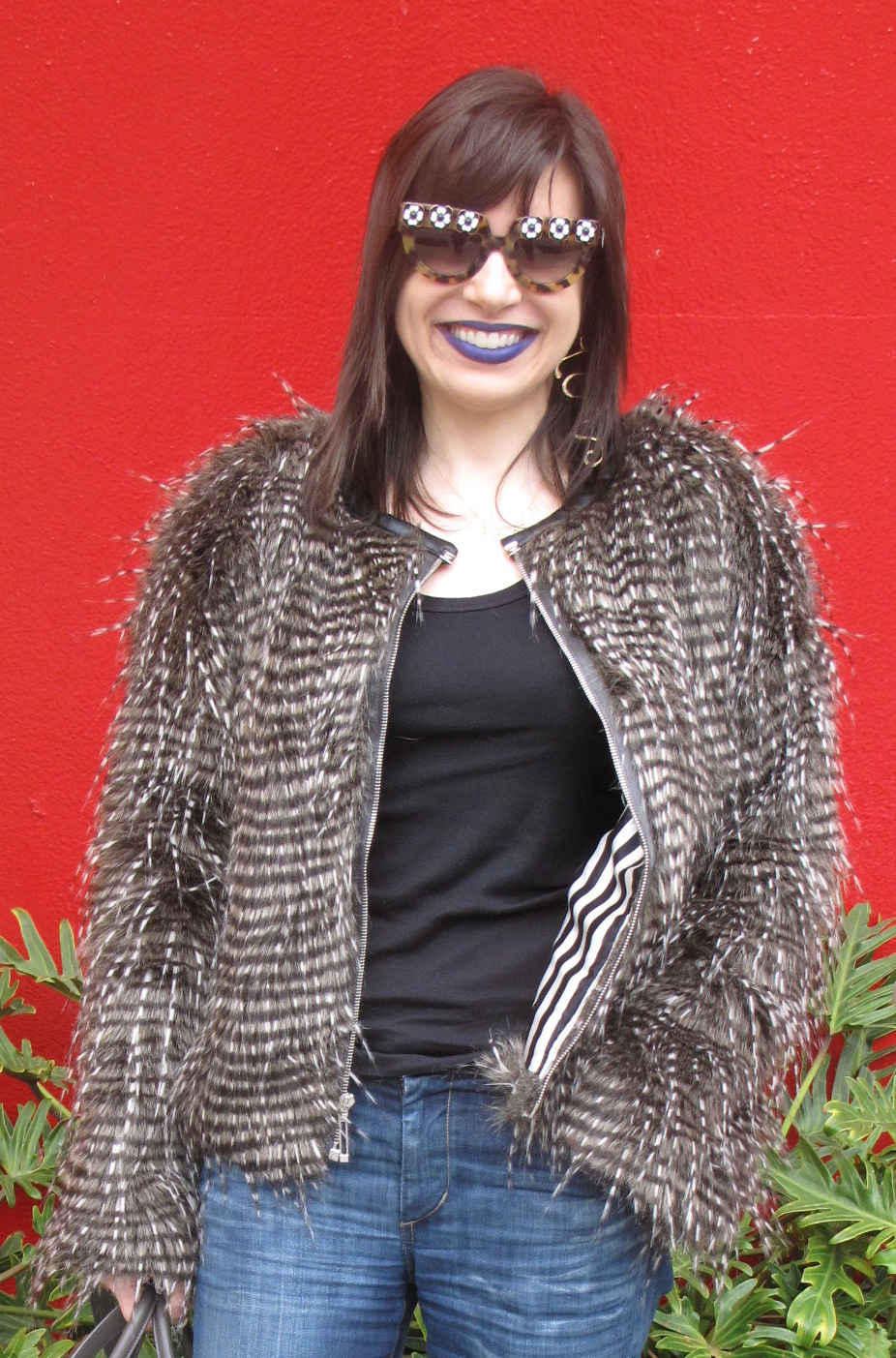 I’m wearing a single Cleopatra earring from my collection. 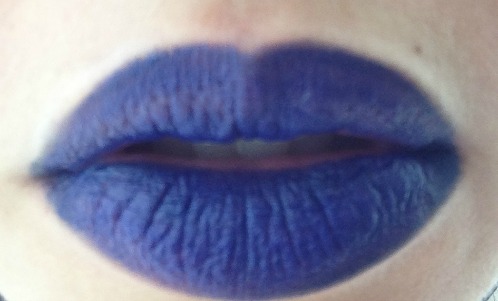 I liked the feel of the lipstick and it lasts a long time, though it does transfer. An In-N-Out burger probably isn’t a fair test; even my favorite, long-wearing red — Lasting Lust — might not hold up against that. 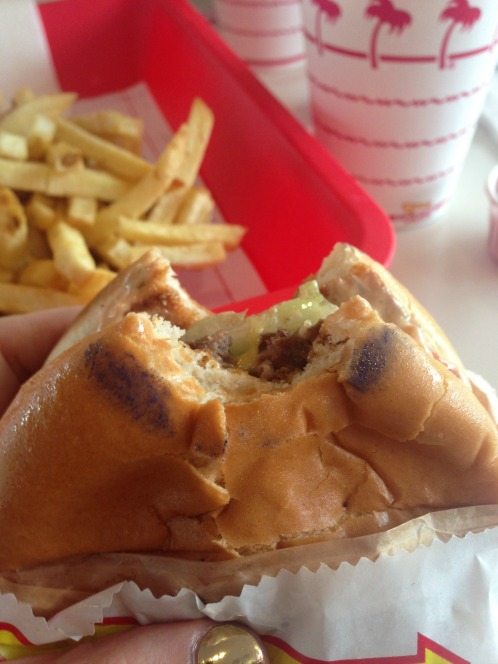 A blue lip print on a burger is … unusual.

That said, I also had transfer onto the stick when I had a lollipop later. So, if you try DGAF, be prepared to reapply after eating.

Two nights later, after all the Oscar festivities, we finally caught up with Frozen at the Grove. I switched back to Doll by Ka’Oir for that. The icier look of that lipstick seemed appropriate. 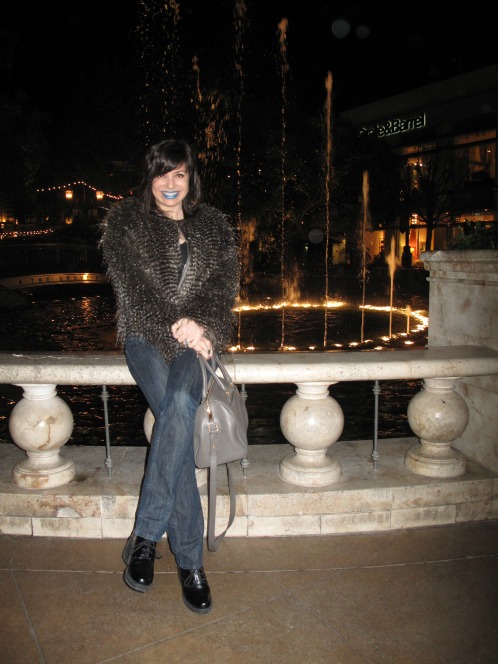 I always say I would see a lot more movies if we lived in L.A. The theaters are pristine!

You might also like
Musical Interlude: Neil Young at Carnegie Hall
My Best Dressed at the Oscars: Naomi Watts
Wednesday's Video: '80s Earrings and Edie Sedgwick
Previous Post: « The Weeks in Review
Next Post: Fat Cat With a History of Violence »