Last week, I had the pleasure of having gorgeous blogger Jennine from The Coveted as my houseguest for the second time in a month. We had grand plans for various photo shoots but they all fell apart. The only picture I got of Jennine was a rare one of her in her lounging-around clothes, hanging out with her erstwhile ottoman, Henry the dog. 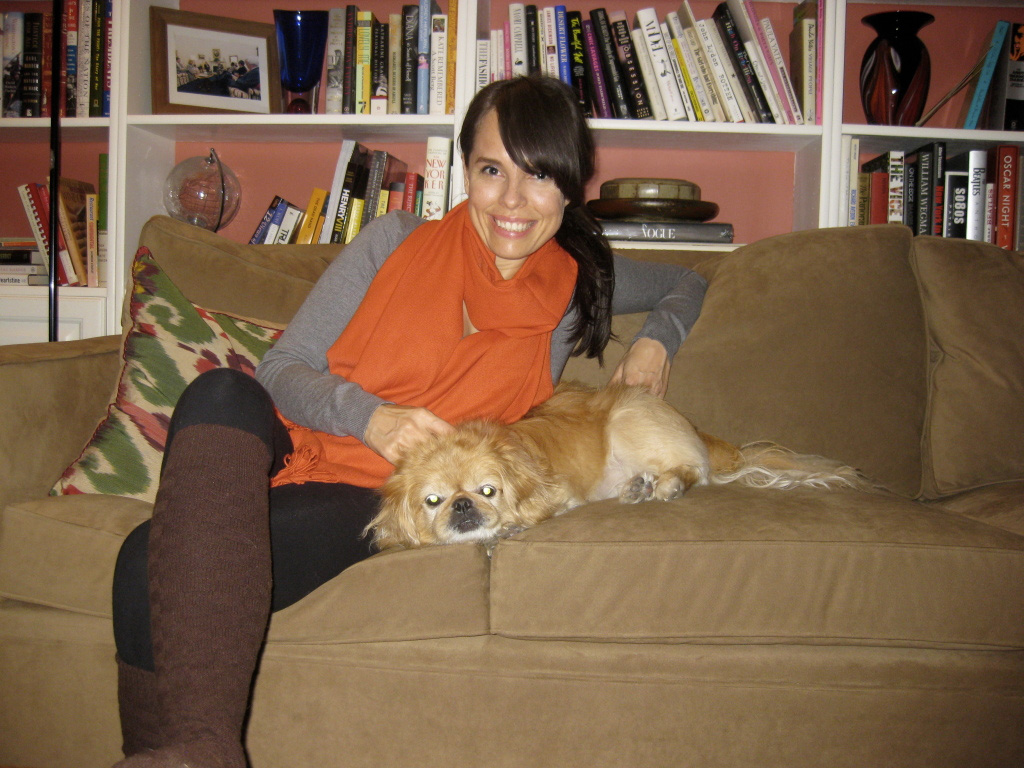 During the earlier visit, Henry was sitting on the floor near Jennine so she put her feet on him and said, “Henry, you’re my ottoman.” He gave her a wild-eyed “BITCH, YOU CRAZY!!!” look. I treasure that memory and put my feet on him often just to relive the moment.