A big book arrived yesterday from Yale University. It was put together in honor of the 50th anniversary of the class of 1964 — MrB’s graduating class. Everyone had the opportunity to write his biography for the book. (It is “his” biography, rather than “his or her,” because Yale didn’t go coed until 1969.) MrB’s bio ended with a two-sentence reference to me.

Well, the first sentence is very complimentary. In case you’re wondering about the word “again,” that refers to the fact that I am the third MrsS, though I am the only MrsS who doesn’t go by MrsS. Yep, MrB is only MrB on this blog. In real life, he’s MrS. I was much too attached to my name to change it when we got married. (To paraphrase Janet Jackson: No, my first name ain’t “baby,” it’s Wendy … Ms. Brandes, if you’re nasty.) I suggested that MrB legally change his last name to Brandes instead, but for some reason he didn’t take me up on that excellent opportunity. Humph!

The second sentence warrants a partial correction. While it is true that MrB successfully caused me to LOL once, I most certainly do not laugh at his other joke attempts. However, I’m thrilled that he thinks I do. I don’t have to put in the effort but he feels flattered anyway! Clearly, we are a perfect match.

MrB is quite comfortable with his lack of comedy prowess. So am I. I occasionally advise my single girlfriends to take “great sense of humor” off their list of boyfriend requirements. An earnest guy with a loud laugh is a good audience for a funny lady. MrB even likes to tell people, “Earnest is my middle name.” He’s not exaggerating. “Ernest” is his middle name. But the “earnest/ernest” thing isn’t his one big joke. The startling humorous moment came quite a few years ago, when I looked around the apartment at the shambles I had created (I’m disorganized) and announced, “I wish I had a wife to clean this place up.” MrB replied:

At first I was as shocked as the OMG Cat:

Then I had a good laugh and let MrB know that this was going on my list of the top 10 funniest things he ever said. I’m still waiting for the other nine, by the way.

While MrB fibbed a bit for the book, he did pick a nice photo of us to illustrate his bio. 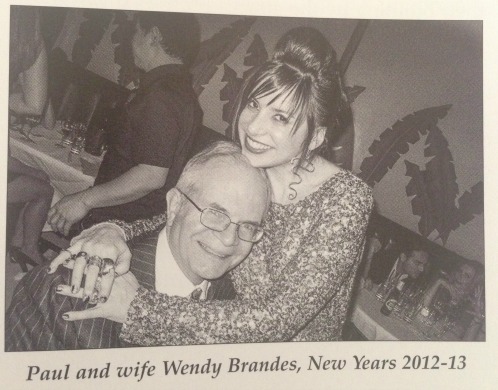 I was amused to see the color version of this photo made it onto the back of the book’s dust jacket — along with photos of an Elvis impersonator; a dude with an impressive sand castle; a spouse getting a smooch from a dolphin; a guy hanging onto a panda; and a man swimming with a shark. 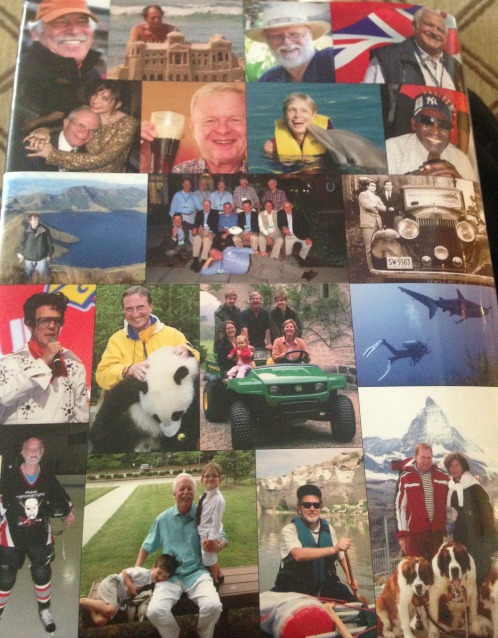 We’re on the left side.

It’s not every day that one gets to share space with Elvis and a panda! Those are two of the best things in the world. Thanks, Yale!