If you live in one of the Super Tuesday states, don’t forget to vote. There’s no excuse not to vote because Buffy the Vampire Slayer is off the air. Some years ago, a woman I worked with went to her disorganized voting place, waited and waited and then left before getting to vote because the new episode of Buffy was on. I thought that was a reasonable decision. If you’ve seen how they organize the voting in New York, you’d pick Buffy too. It’s easier to fight vampires than stupidity. 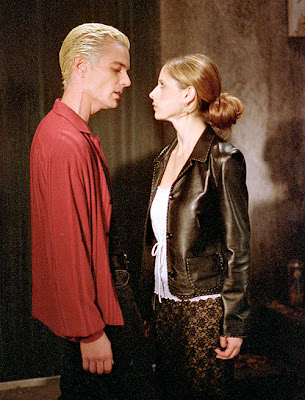 I was totally into the “Spuffy” relationship.
I wuv Spike. Shut up, Paul. You’re just jealous.

Speaking of voting, when I was coming home from the gym last night, I noticed a guy carrying a messenger bag with a black-and-white photo button of a woman on it. I wondered, “Why does that dude have a button with Princess Diana on it?” Then I took a closer look and realized it was Hillary Clinton. But that got me thinking about what royal person I’d like to vote for, and it would definitely be Elizabeth I. 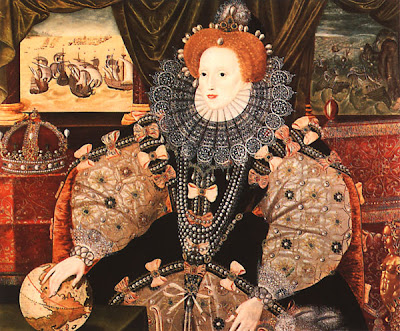 
As for football, I didn’t watch the Super Bowl, though I did enjoy some wings and nachos with BarbaraB and gorgeous client Brooke. I realized the Giants won when I heard people screaming in the street while I was enthralled with a Law & Order rerun that had a big role for Detective Munch. 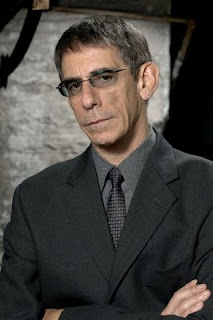 I love me some Munch.

The screaming was kind of cool. You know what’s not cool? The shizz people talk pseudo-seriously about Jessica Simpson‘s being a curse on Tony Romo and Gisele Bundchen‘s being a curse on Tom Brady. What the fuck? If those dudes suck at their jobs, why should a woman catch the blame? That is sexist bullcrap. Do you go into the office and blame all your mistakes on your significant other? Like, “Oh, my husband has cursed me, that’s why there’s no toner in the copier today.” Or “That embezzlement? Totally my life-partner’s fault. He has cursed the accounting department.” It’s probably worthless to address jackholes who don’t wash their lucky boxers for months to “help” their teams, but … Grow!Up!

UPDATED TO ADD: I contacted the non-voting Buffy fan to tell her that she was now anonymously famous thanks to me and Fabulous Girl’s Boudoir. Non-voting Buffy fan told me that the next time she was at that polling place, it was much better organized. Could it be because she wrote them a stern letter following her bad experience? If so, she really gets results! I should have her fight my battles with the Evil Empire in the future.