Practically Pregnant in Every Way reminded me that the insanely beauteous Monica Belluci rocked a white latex dress in at least one of the Matrix movies. (Give me a break, peeps. She’s not a queen so I’m not going to do major research on what was worn in which movie.) 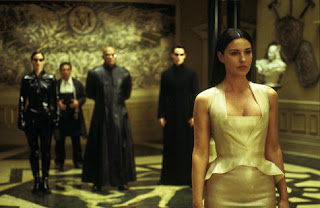 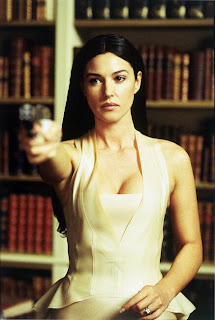 Don’t mess with her!

Here’s an interesting interview with a guy who worked on the latex costumes. Monica’s dresses were glued together, rather than stitched.

Looking for a shiny, latex-looking dress for yourself? Here are some ideas. 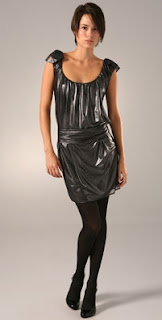 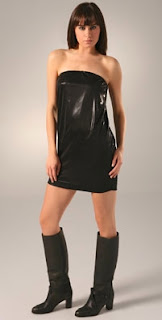 Meanwhile, I am still keeping an eye out for bloggers with shiny leggings. Doesn’t Betty look lovely? 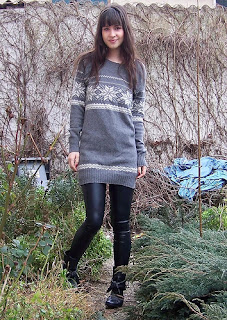 And talented DIY-er Lala made her OWN shiny legwear. Bravo! 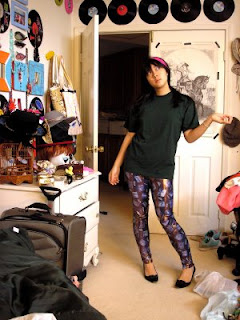 On eBay, I was admiring a leopard-spotted vintage jacket when I noticed it was being shown with some delightfully shiny leggings. 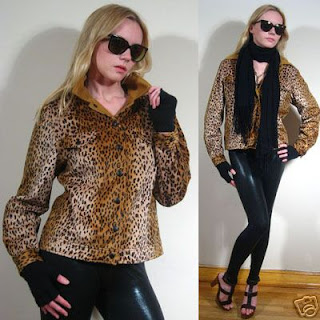 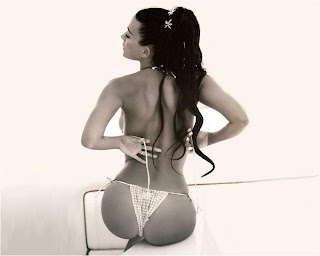 You might also like
Hot Search Term of the Day
Play "Goldmolar!"
Rihanna Needs WendyB (and Ruby Nips) in Her Life
Previous Post: « When I Want Your Opinion….
Next Post: Musings on Voting and Football »