Last week, MrB and I went to dinner with friends at a not-very-special restaurant. I decided to wear a special outfit anyway — one that was put together during last year’s wardrobe therapy with Stacy Lomman. Stacy wanted to find a way to show off an Ossie Clark piece that I bought in London in 2008. 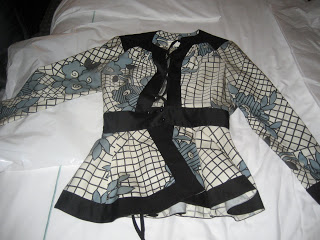 I don’t know if this should be considered a shirt or jacket.  It has suede laces in the front but, even when laced, it is quite open. I’m sure Ossie wanted it worn with nothing underneath it, the way he wanted his sheer, chiffon dresses worn with no slip under them. Well, Ossie can’t always have what he wants, so when I wore the top/shirt/jacket/thing last year, it was over a black t-shirt.

Stacy pointed out that no one could appreciate the black lacing if I wore the top over black, so we took the Ossie shopping with us and picked out a lighter knit top to go with it.  Instead of jeans, I dug up a pair of cropped black pants from the late ’90s. 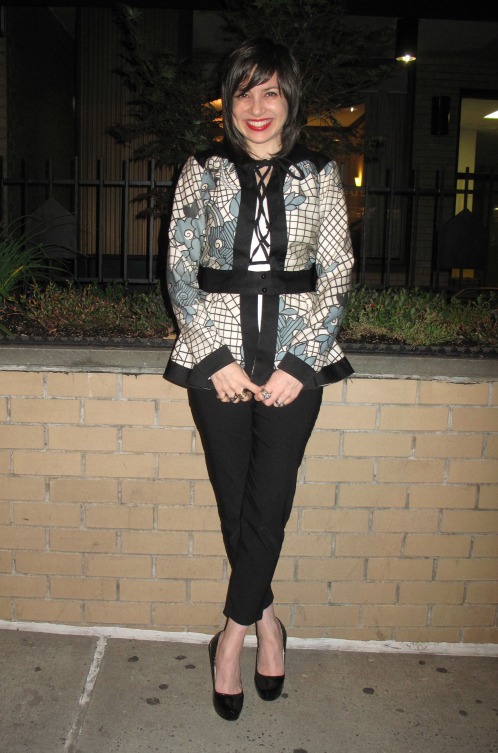 MrB insisted on a profile view to show off the peplum effect of the top. 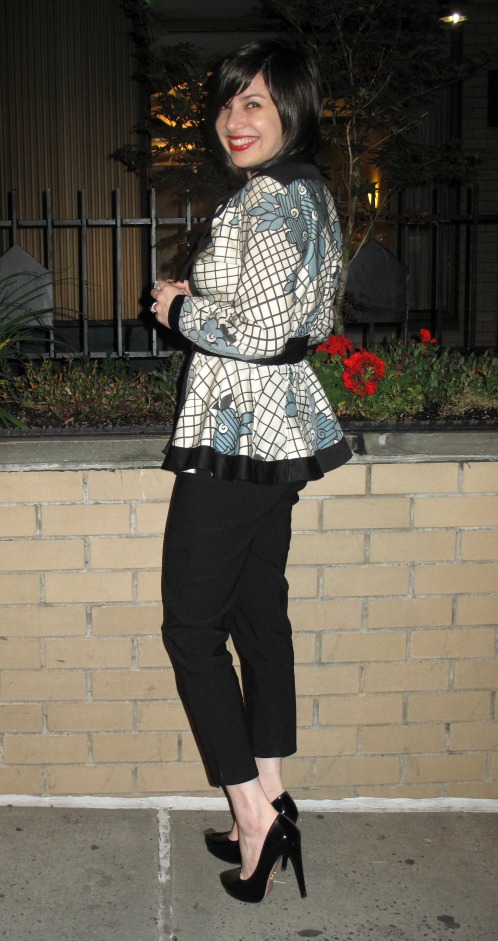 Makes me glad I kept those pants around for 15 years! I probably haven’t worn them for 13 years, so if I followed the closet-purging rules I would have gotten rid of them long ago. But putting this outfit together earlier this year was what inspired me to grab the pants for the Beyoncé concert recently. I’m sure I’ll wear them a few more times before the summer is over.