My friend Jim Pensiero retired after 31 years at the Wall Street Journal, and there was a huge party for him tonight at Brasserie Ruhlmann in Rockefeller Center.

I belatedly realized that I should have worn the Lolita Lempicka suit and Lillie Rubin coat that I bought when I worked at the Journal from 1992 to 1995 (during which time I worked with Jim). Instead, I wore a top and skirt combo that dates back only 11 years. 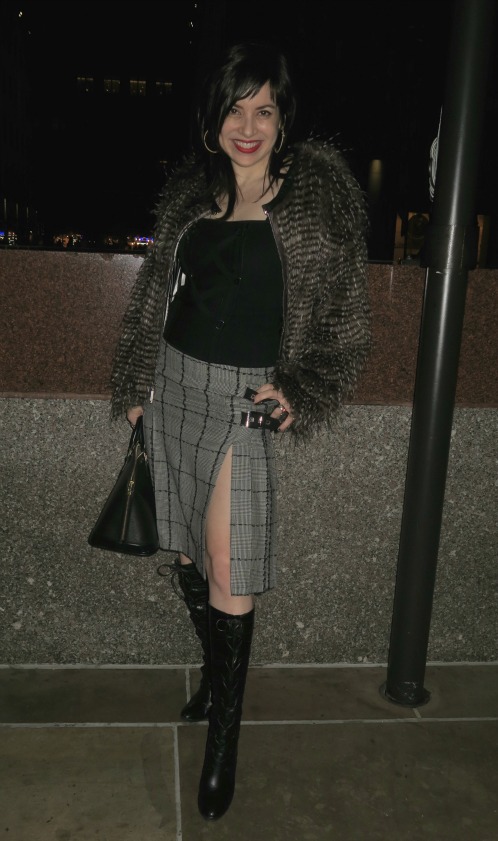 Alternatively, I could have worn my Wall Street Journal knit top. Sheesh. Usually I’m good about dressing for a theme. Anyway, in this post, you can see the same Versace kilt and top that I actually did wear tonight in 2004, 2012 and earlier this year.

Congrats, Jim! I don’t know how they’ll muddle on without you!