My signature, 18K gold jewelry line — simply called Wendy Brandes — is inspired by women’s history, but my WENDYB by Wendy Brandes diffusion line is inspired by pop culture, especially social media. Do you want to know how I decide when it’s the right time to immortalize a word or acronym in jewelry form? When the word/acronym is used SO MUCH online that it makes me want to slap the face off the next person who uses it. Because I can’t reach through the computer screen and do that, I turn the despised word/acronym into something I can love … or, at least, love to hate. That’s what I did with my SMH ring set last year. 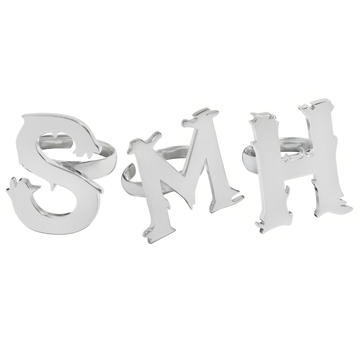 Don’t know what this means? Click to find out.

The word “twerk” — referring to an ass-shaking dance — isn’t new. It’s been around since the early ’90s (DJ Jubilee of New Orleans might have been the first to say it on record. Do read this fascinating 2000 New York Times story about Jubilee’s life as a musical trendsetter and special-ed teacher.) But in the past year and a half, it’s blown up. Here are a few key twerking moments:

Not long after the Scripps scandal, Miley Cyrus struck again. A twerk-tastic video for her song, “We Can’t Stop,” was released on June 19.

That did it. The next day, I emailed my manufacturer with instructions to make a sterling-silver twerk necklace in my trademark WENDYB by Wendy Brandes font. I was traveling in Europe at the time. That’s how urgent this was! I had to email from Paris to get that twerk necklace underway. And here is the official necklace photo, at last. 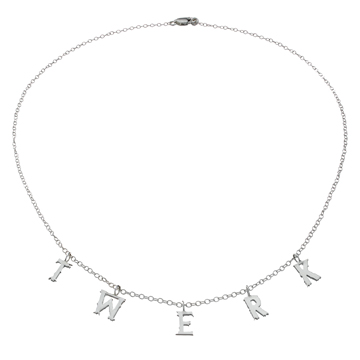 I recently tried it on to give my Facebook followers a sneak peek. No, I didn’t twerk while wearing it. 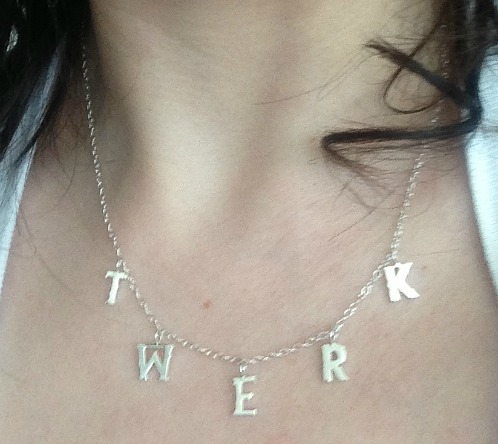 Sorry, I don’t twerk unless I’m wearing a unicorn onesie. I have standards, you know.

I felt like my twerk necklace idea got the ultimate seal of approval for good timing when Jay Z’s latest album, Magna Carta … Holy Grail, was released (initially just to Samsung phone users) on July 4. Magna Carta includes a song called “Somewhereinamerica,” with the lyrics: “Cause somewhere in America/Miley Cyrus is still twerkin’.” And last week, Busta Rhymes came out with a video for a song called “Twerk It.” The song features a rap from Nicki Minaj and the video shows her shaking her stuff.

So what’s the next addition to the WENDYB by Wendy Brandes line? Well, I’m irked by Twitter usage of “ion” (as in “Ion know why you did that”), “iono” (“Iono why you did that”), and “talmbout” (“You know what I’m talmbout?”). But I don’t feel any of those would make good jewelry. They don’t stand alone well. So you can rule those particular ideas out, but I’ll tell you it’s something similar. You’ll have to wait and see; I just placed the order today.

Meanwhile, if you can’t get enough twerking, you can find more videos on the Twerk Team website. Also check out the Twerk Gifs Tumblr. It’s hypnotic: I’ve looked at it for so long that if I don’t dream about jiggling asses tonight, I’m going to be very disappointed in my REM sleep phase.

UPDATED TO ADD: Thank you, Stacy Lomman, for sending me this video of animals twerking to Young Solar‘s “Watch Me While I Twerk.” I think I’ve seen FitzRoy the cat making some of these moves.

You might also like
Win a Strawberry!
Meet Gorgeous Rapper Gangsta Boo (and Her Jewelry)
The Perfect Top for a Monday Morning, Plus a Tupac Ring
Previous Post: « Three Lovely Ladies in Thongs (Thong Sandals, That Is)
Next Post: JCK Features My GANGSTA Necklace »