Straight Outta Compton, the authorized biopic of the rap group N.W.A, was the unexpected hit movie of the summer. It tells the story of the five guys — Dr. Dre, Eazy-E, Ice Cube, MC Ren and DJ Yella — who shocked the country with songs like “Fuck tha Police.” Five guys. But wait! Look at the album cover of the 1988 album that the movie gets its name from. 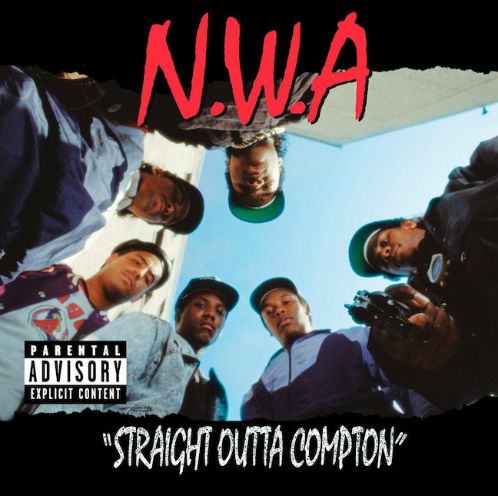 As Sesame Street‘s Count von Count would gladly tell you, there are six — SIX RAPPERS — on the album cover. 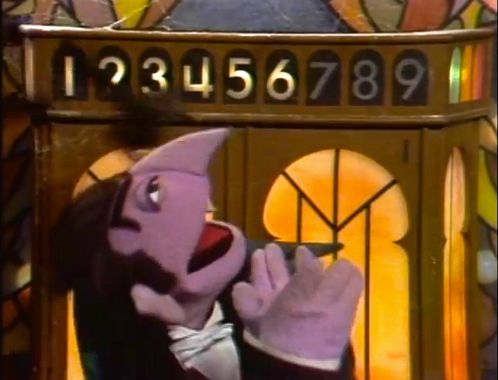 The extra man is Arabian Prince, one of the founding group members. He left N.W.A before the album came out, but not before doing the track “Something 2 Dance 2” and getting photographed for the cover (he’s the second from the top). When I saw the movie, I realized he’d been completely left out of the story, so I Poodled to see what he’s been up to. The most recent interviews I saw were from 2008, which wasn’t satisfactory, so I figured I better ask the man personally. Now you can find out what’s up with Arabian by reading my story, “Kept Outta Compton,” on the Huffington Post.

CLICK HERE TO READ MY INTERVIEW WITH ARABIAN PRINCE.

Arabian was unusually fun to talk to. He’s in California, so I interviewed him by phone. He told me all about the electro music scene where he first met Dre. They were both DJs. A lot of rap fans know nothing about electro music, and practically die laughing when they see old pictures of Dre wearing sequins as part of the World Class Wreckin’ Cru electro group. (It drives me crazy because lots of big male music stars used to be all glittery.) When you read what music influenced electro, you’ll completely understand the costumes. 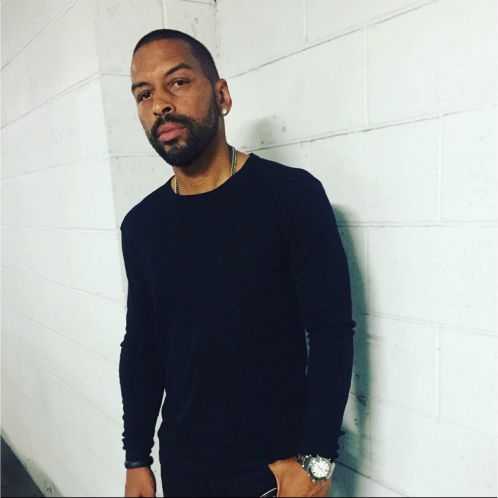 One thing that didn’t make it into my story was Arabian’s comment on the controversy about Dr. Dre’s physical abuse of women (journalist Dee Barnes, ex-fiancée and R&B singer Michel’le, and rapper Tairrie B have all come forward) and how that was left out of the movie. Arabian gave a common-sense answer:

“What he did was wrong, and whether he apologized then or apologized now, he’s apologized, so I can’t really speak either way on that. As far as it being left out of the film, I understand why it was — if you were the person making the film, you’re not going to put any negative in the film about yourself! That’s why I think most documentaries or biopics or biographies are done by other people, so they can get more of the real story. If you’re making it yourself, you’re going to make it pretty clean, in your favor as much as you can.”

Indeed, the movie was produced by Dre, Ice Cube and Eazy-E’s widow Tomica Woods-Wright (director F. Gary Gray and Matt Alvarez also have producing credits). It’s hard to imagine Dre or anyone else putting their worst behavior into a movie.

“Maybe in the long run it’s a good thing that it wasn’t in there because now it’s being brought out even more. Kind of like with me. If they had put me in the movie in a couple of scenes, you wouldn’t be talking to me right now. ‘Oh he was there, sitting on a couch. He didn’t say nothing, but he was in the movie.’ But because they left me out, now everyone wants to talk to me. So those things happen for a reason sometimes, I think.”

As you’ll read in my story, Arabian left N.W.A because he felt they weren’t getting paid properly. (The movie portrays Ice Cube as being the financial whistleblower.) He had a lot of good advice for up-and-coming artists. PAY ATTENTION, people! I’m still seeing musical artists being screwed over by managers/labels/what-have-you all the time. Here is a bullet-pointed version of Arabian’s tips, to make it perfectly clear.

N.W.A signed their contract in the pre-Internet days, plus, Arabian said, “We were young and we didn’t know any better … but it’s happened over and over, so kids today don’t have an excuse. There’s too much information out there, and people like me that they can talk to and tell ’em to make sure they’re taken care of.”

Speaking of research, Arabian follows his own advice. He looked me up and asked, “Are you the one who does jewelry too?” I was so surprised that I think it took me a moment to remember that, yes, that is me. He’s the only interviewee in years who has bothered to check.

You might also like
Throwback Thursday Music: The Who and Joan Jett
Anne Hathaway at the Oscars
Year in Review: Concert Adventures in 2014
Previous Post: « Princess Diana Style: Right for 2015
Next Post: Pet Peeve: Celebrity Profiles and SANS FARDS »