I’ve always had a passion for cherry prints. I got a Louis Vuitton Cerise cherry-print bag in 2005 in part because it reminded me of a satin-y Cynthia Rowley cherry-print dress that I wore in 1996. I got the dress at a sample sale and I was so happy with it. I wore it with awful chunky-heeled shiny red sandals. 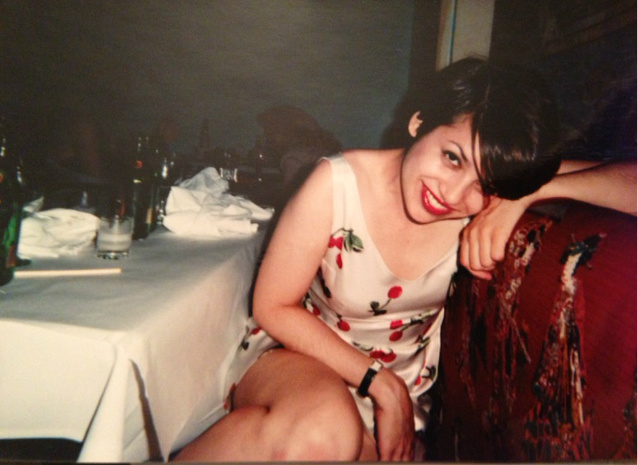 My treasured cherry-print dress. I was 28 when this photo was taken.

I had short hair all through the ’90s, mostly styled by Keith Carpenter, who is my hair guru to this day. Here’s another view of that ‘do from August 1996, during a trip I took to Paris. 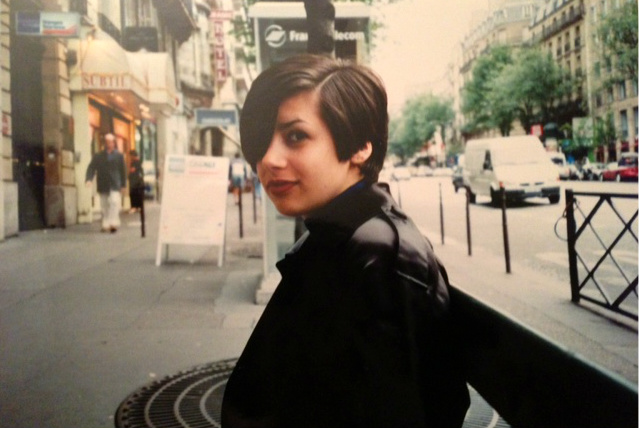 I thought I looked very French.

I went to Paris with my sister Terri Berry and my friend Diane. Diane and I worked at CNN at the time, and I found an apartment for rent on an internal CNN message board. I neglected to tell Terri and Diane that we were getting a discount for taking care of the owners’ elderly cat.  None of us had any experience with cats, and the two other gals left it all to me because I was the one who had gotten us into this pickle. It was my first exposure to canned cat food and every day I would gag as I opened that awful shizz for the cat. 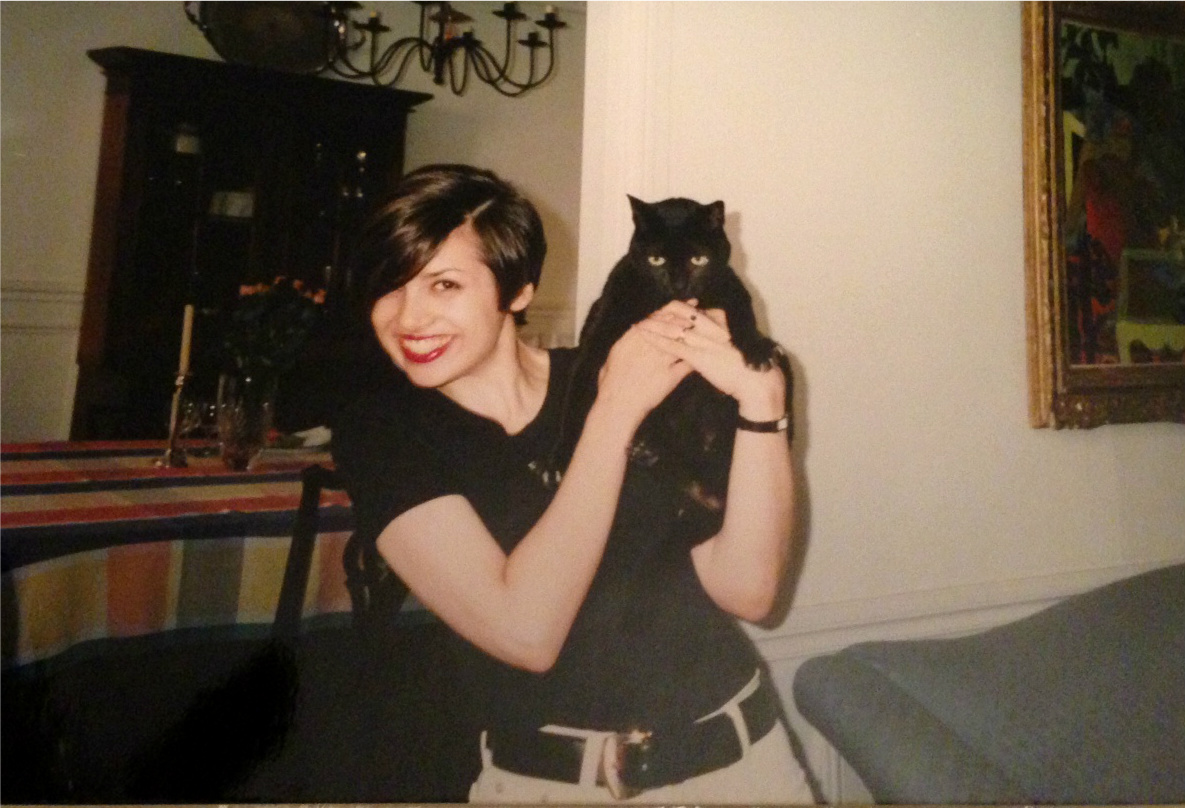 Me and the French kitteh. It clearly hates me.

Something historical happened in Paris after dinner one night. My sister took this picture of me and Diane with our waiter. Check out the two restaurant employees grinning in the background between me and the waiter. 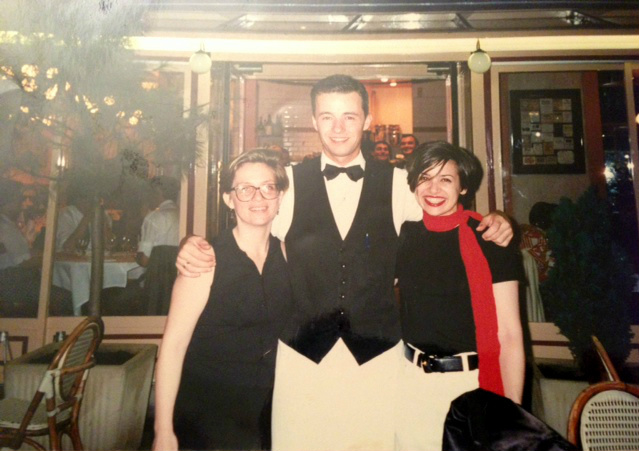 It’s a 1996 photobomb. Who would have guessed that someday there would be whole websites devoted to such behavior?