A “hostess gown” is described by the website Vintage Fashion Guild as “a dressy full length garment for [home] entertaining, but not as formal as evening wear. Other than the full length, the lines followed current fashion.” The style was most popular from the 1930s to the 1970s, according to the site. In a December 2011 article on the hostess gown, the New York Times explained, “The idea was to balance one’s respect for and command of the occasion with the right to sprawl comfortably in one’s living room on oversize lounging cushions, perhaps leaping up from time to time to rearrange the cheese straws.”

I don’t do much home entertaining due to the size of my apartment and my complete lack of interest in cooking, cleaning and anything else domestic. Besides, there are so many great restaurants in New York! But, even when hosting people at a restaurant dinner — especially on New Year’s Eve — I keep in mind the issues raised by Refinery 29’s 2012 post on hostess gowns:

“When playing hostess for even the most casual of get-togethers, all eyes are on you. And like it or not, your sartorial choice sets the tone of the evening — it’s a barometer against which all of your guests’ fashions will be judged, too.

However, Refinery 29 went on to say:

“You want to look great, maybe make a style statement, but at the same time not dress to outshine your invitees (or make anyone feel badly who might be, ahem, a tad underwhelming).”

I sort of disagree with that. I still wouldn’t say I dress to “outshine” my guests, but I’m willing to out-silly them. Hosting gives me a chance to get out my more ridiculous or over-the-top clothes — things that I have limited opportunities to wear otherwise.  If you’ve been reading me for a long time, you know that my blog’s motto from 2007 to 2012 was “Wear What You Want,” but I always said that personal-style philosophy didn’t apply to every occasion. One of my favorite examples of “there’s a time and a place for everything, and this isn’t the time or the place” came from my days working at CNN, when an intern showed up for her first day there in a skin-tight, backless white halter dress.  NO! BAD INTERN! I’m older and wiser than an intern, obviously, so I don’t wear my flashiest pieces to conservative offices or other people’s intimate gatherings. I don’t throw on my VIP dress by Moschino when someone invites me over to her house for casual cocktails. 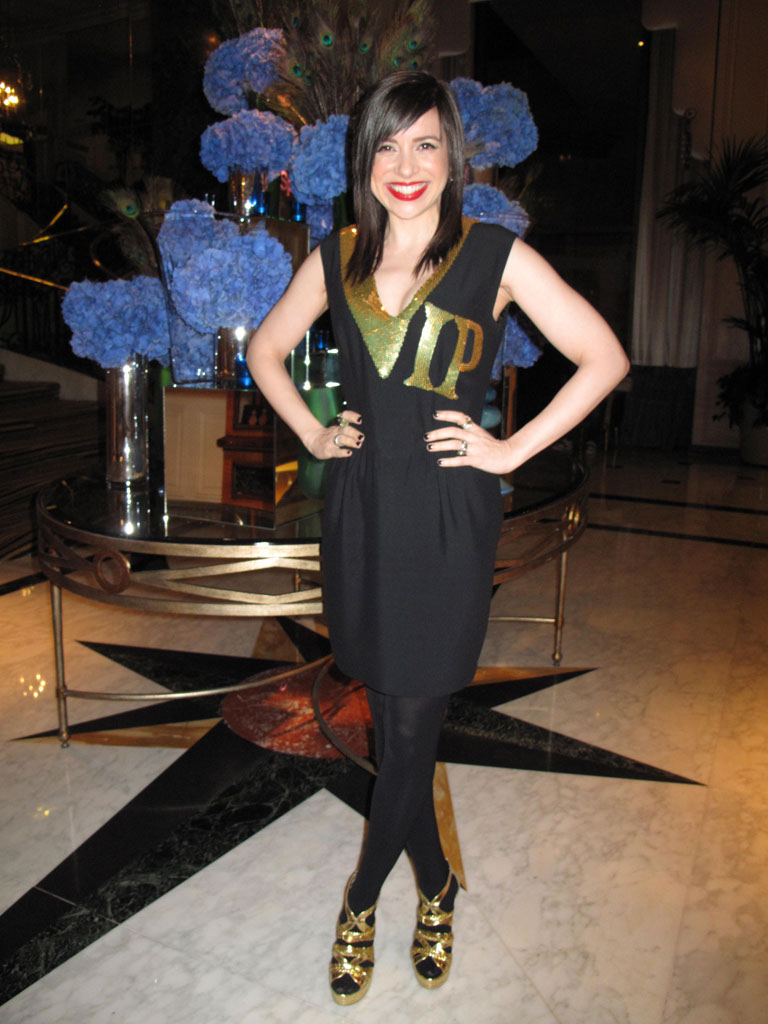 When MrB and I dine out with friends, I don’t show up in a vintage gown printed with large dollar bills. That’s something I save for an outing with fashion bloggers.

But when it’s my own event, I don’t worry about keeping it toned down, nor do I judge what other people wear as long as they don’t look like they’re coming off a three-day meth binge. So, while trying to decide what to wear to my New Year’s Eve dinner for 14 friends at Balthazar last night, I tried on a trompe l’oeil vintage dress that I’ve been a little scared of ever since I got it sometime in the past year. It makes me look like a sex-ay, hot-pink, unlaced sneaker. I modeled it for MrB and asked, “Is this too much?” forgetting that nothing is ever too tight, too short or too low-cut for the average straight dude. Of course, he said, “NO IT IS NOT TOO MUCH OMG LOL WUT!” but in a more civilized, MrB-like way. I’m translating what he said for the Internet generation. I was still dubious, but decided that it’s my party, and I can look like a sex-ay, hot-pink, unlaced sneaker if I want to, so I went with it.

I sent a photo of the dress to superstar hairstylist Julie Matos (now at the chic Warren-Tricomi salon in the Plaza). She started thinking glam late ’70s/early ’80s style — taking inspiration from designer Yves Saint Laurent and photographers Helmut Newton and Guy Bourdin — with a touch of ’60s Warhol Factory Superstar Viva. 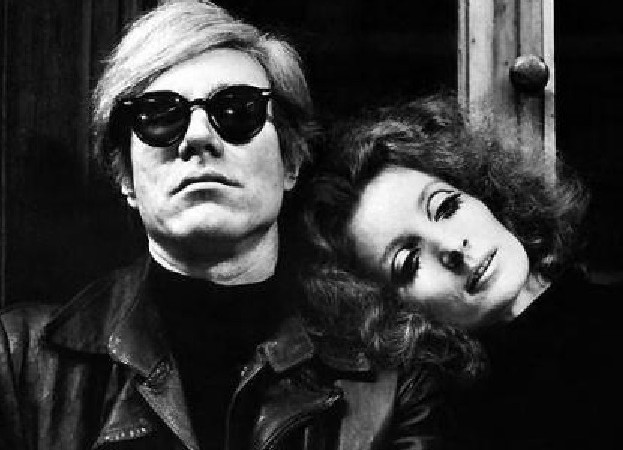 Viva and Andy Warhol in a film still from 1969. Click for source.

After she curled and teased half my hair, she sent me off to superstar makeup artist Tennille Nielsen at Kimara Ahnert with instructions to request dramatic makeup. As Tennille terrified the rest of the nude-lip-glossed clientele by adding layers and layers of hot-pink shadow to my eyes, I asked her, “So, do you think this is age-appropriate?” She said, “Totally!” 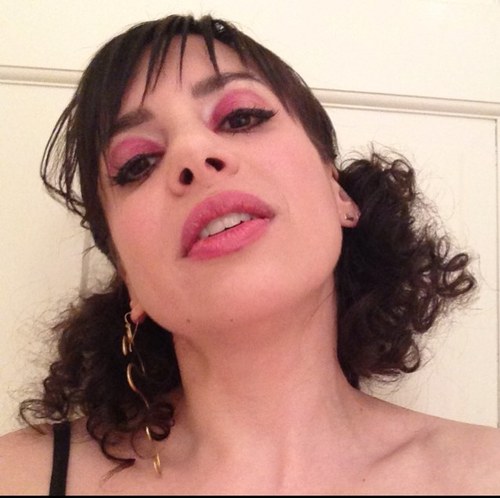 I’m wearing three different earrings like I did in the ’80s.

By the end of the evening, I was wondering why I’d been so nervous to wear the dress.  I think “escapee from Donna Summer’s Bad Girls album art” is THE hot look for 40-something women. 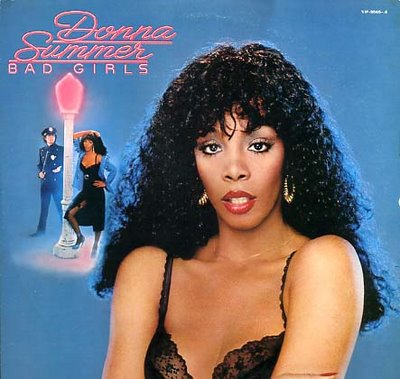 Here are all the outfit deets. 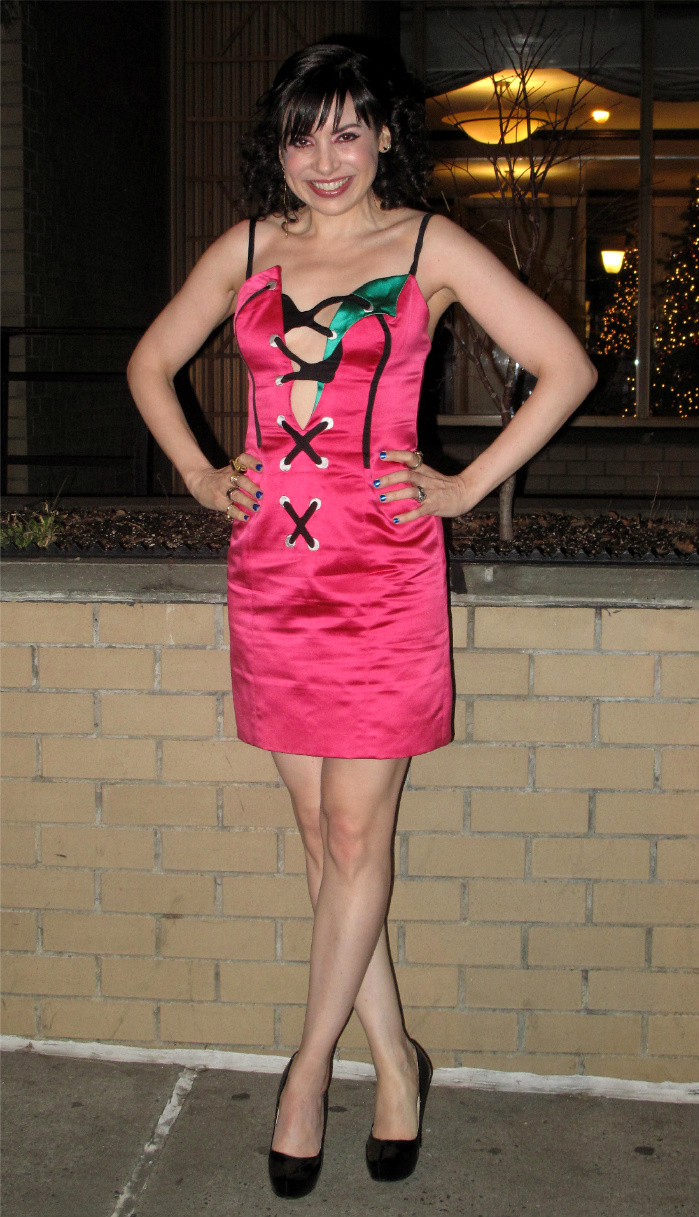 Balthazar always has a great New Year’s Eve scene, and it was further enlivened this year by a conga line dancing along to PSY’s “Gangnam Style.” That needs to become a tradition. But the best thing was to be surrounded by friends … 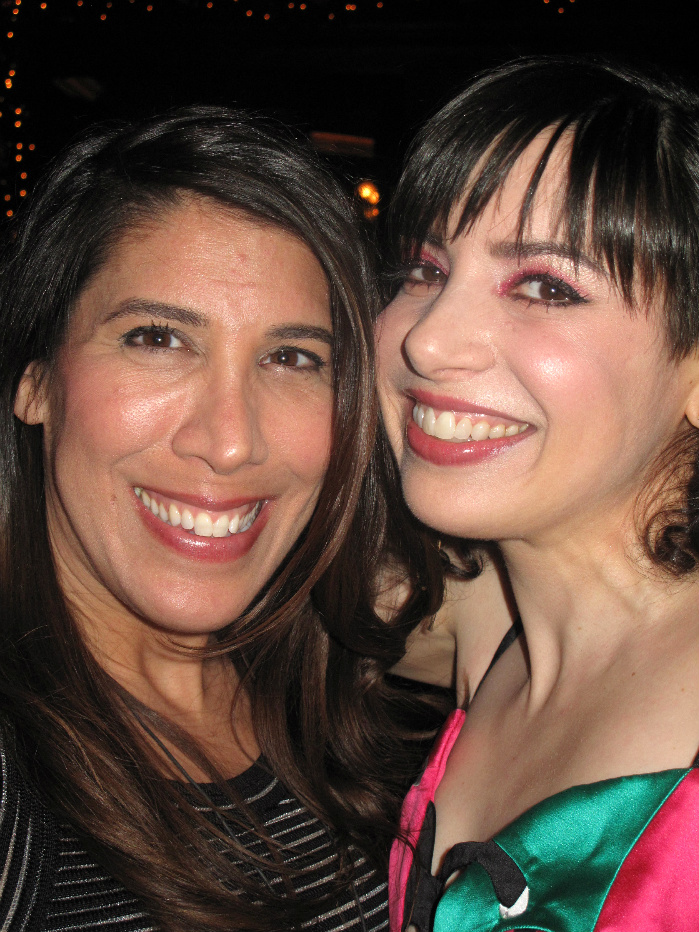 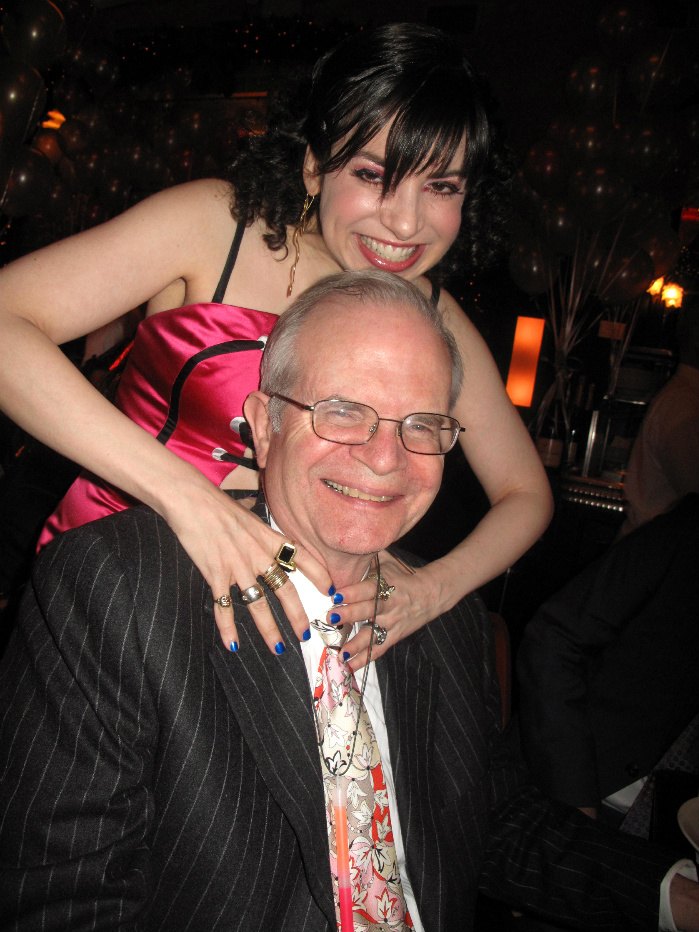 … and, if you’re like my friend Jesse, a harem. 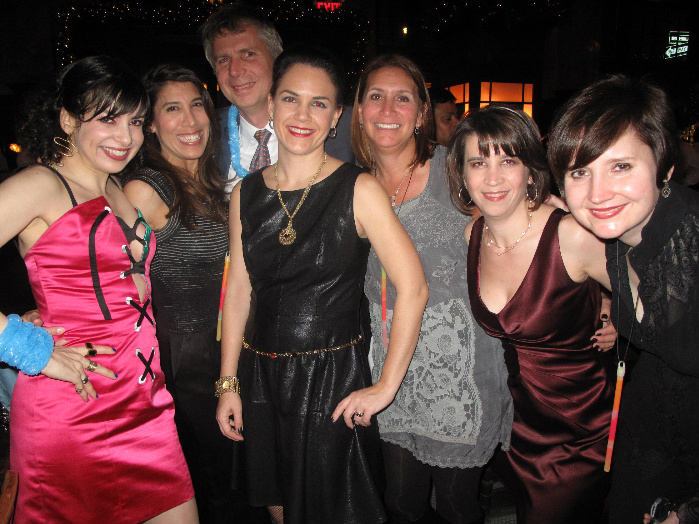 Hope you all had a good one too!

UPDATED TO ADD: I added this link to the “Visible Monday” post at Not Dead Yet Style. Click to check out all the other bloggers’ looks there.