I’m happy to wear the same pair of jeans for weeks on end, but today I changed outfits like a D-list celebrity attending New York Fashion Week for the first time. I started out in the red peplum dress made for me earlier this year by designer/blogger Stacy Lomman. I like to wear that one for special events, so it was perfect for taking part in the Journalism vs. Blogging panel at the Independent Fashion Bloggers’ conference. 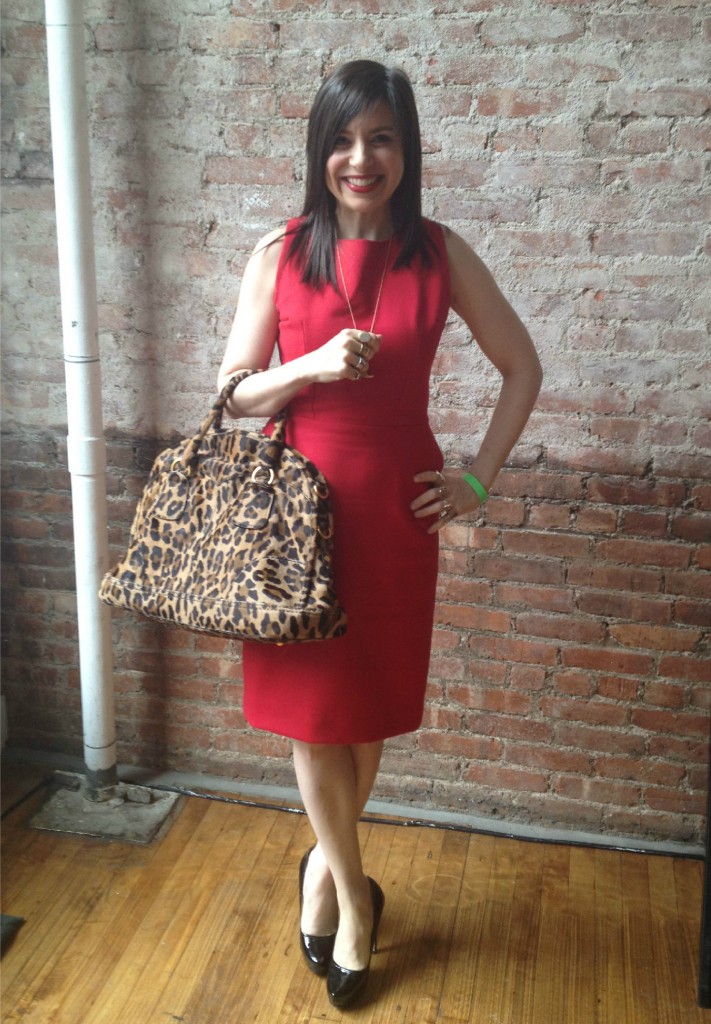 Jennine Jacob, the founder of IFB, loves helpful numbers so I volunteered one at the panel. If you’re a blogger who cares more about writing than photography — like me — but you’re worried about your posts running too long, aim for 800 words. You can certainly write longer, (and I have) but the clarity of your post will often benefit from paring away excess.  Got something that absolutely can’t be cut? Consider making it into multiple posts. I do that with my history posts, such as my three-part Empress Matilda piece. I figure there’s only so much history that blog readers can tolerate in one sitting.

After IFB, I ran home to change into jeans and a t-shirt so I could take care of jewelry-related work and get a trim from hair guru Keith Carpenter. I had a haircut five weeks ago, but I got a keratin treatment from my other hair guru, Julie Matos, more recently. Keith has ordered that any straightening process must be followed by a trim so that the haircut works with the texture of the hair. The timing wasn’t too onerous as a one-time thing. In the ’90s, when I had a pixie ‘do, I regularly got my hair cut every four weeks; I don’t have energy for that now! I didn’t get to take an outfit picture, which I regret because I wore my nautical Castelbajac wedges and a t-shirt that wasn’t black. You’ll have to take my word for it.

Then I ran home again to change for an event hosted by Town & Country. I had walked several blocks in the rain after IFB and, despite an umbrella, Stacy’s dress was rumpled, so I put on the dress I wore for my July anniversary dinner. 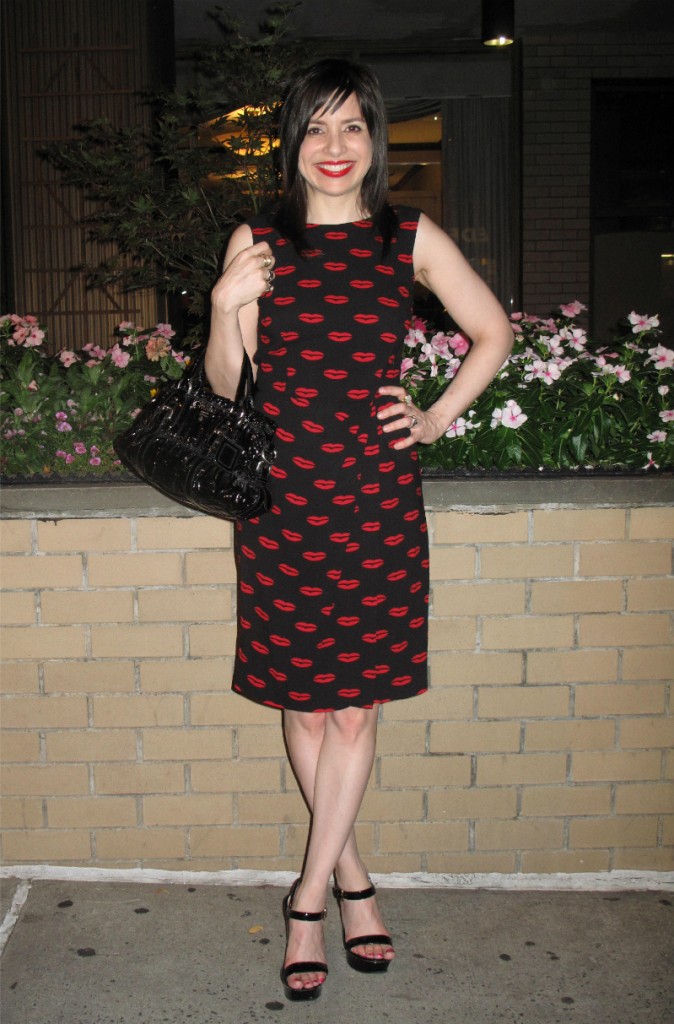 I’ve been a wire-service journalist, a newspaper journalist, a television journalist, an online journalist, the managing editor of websites at an investment bank, a jewelry designer and a blogger. I think my next job should be “paper doll” because of the impressive consistency of my posing. Maybe I won’t take new photos for outfit posts anymore; I’ll just use a single image of me and Photoshop a picture of various looks over it. No one would know the difference. Seriously! Look at this photo taken in London this June. 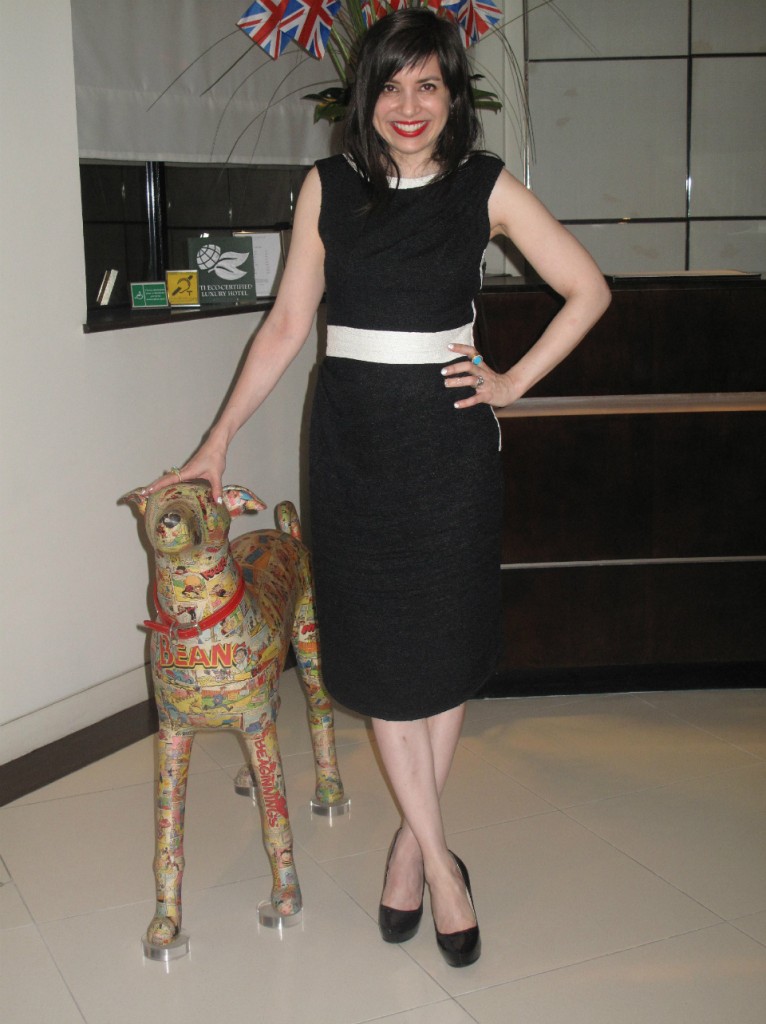 I’d need a “both hands on hips” WendyB paper doll too. The photo below was taken this summer after a dinner with friends. 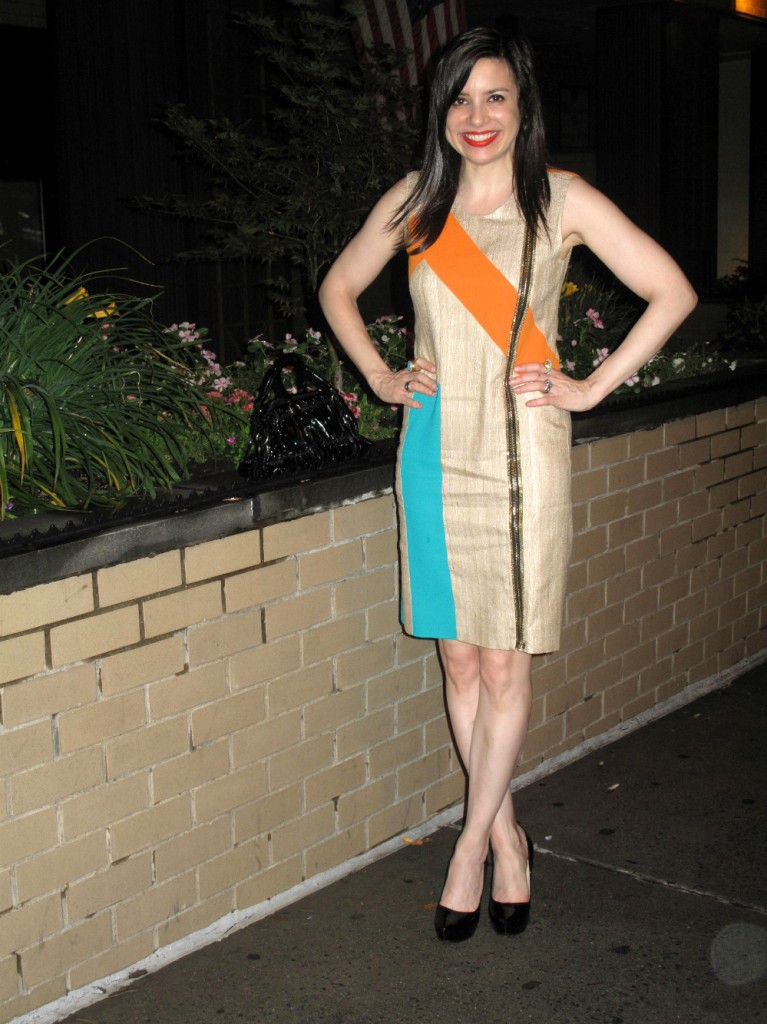 I’ll need a few paper wig-hats to reflect the slight variations in hair, but the shoes I’m wearing in three of the four photos here might as well be attached to the doll. Good idea, right? I better hurry up and get a trademark for the WendyB paper doll before we all see a knockoff me being sold in Topshop!

You might also like
Year in Review: What Wendy Wore in 2015
What Wendy Wore: A Challenging Zac Posen Skirt
Throwback Thursday: Wavy Hair, Then and Now
Previous Post: « To Every Thing There Is a Season but Kelly Clarkson Is Timeless
Next Post: This Is as Naked as I’ve Ever Been on This Blog »