I got a little hoarse yesterday. 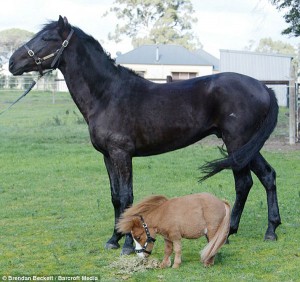 Not this kind of horse. The throat kind.

Considering I have two sales coming up, this hoarseness made me very nervous. I took my temperature and it was 99.1. This is basically normal, but, because it wasn’t exactly 98.6, I decided I must be coming down with swine flu. Normally I don’t worry about such things, because I am related to germaphobes to whom I delegate such concerns. Apparently, my relatives are not doing their jobs thoroughly because after the swine flu thought oinked its way into my mind, my imagination took flight and I was soon wondering if a lawyer would make an emergency house call to record my last will and testament.

I started wishing I had a second-best bed to leave to someone, like Shakespeare did, because that would be amusing. People might say of me: “She was like Shakespeare, only without the good writing! She left her second-best bed to someone. That is amusing.” However, I only have one bed and MrB will probably want to sleep in it. All I have is jewelry and clothes and handbags and shoes. I feel exactly like Carrie on that Sex and the City episode, except that I am not at all like Carrie and have sensible things like retirement accounts. It’s just not enjoyable to mentally distribute retirement accounts while having a panic attack. Retirement accounts don’t have any razzle-dazzle. If I have to give away my retirement account — because I’m dead and all that jazz — my attitude would be, “You win some, you lose some.” Thinking of a stranger wearing my mint-green Ossie Clark dress is much more conducive to an attack of the crazies. 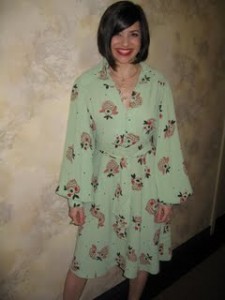 You'll have to pry it from my feverish/dead hands.

In the midst of all this, a friend of mine who is a therapist emailed me. She was very helpful, as always. She’s never charged me for her help. I’m alarmed by the tab I’m running up with her. I wonder if some day she’s going to present me with a giant bill, like on Family Guy when Peter runs up a tab at the pharmacist and has to sell Meg into slavery to pay it. (Among the things Peter buys are eight crates of ipecac used in a vomiting contest.) In partial repayment of the tab, I hope my friend will enjoy this video of the incomparable Peggy Lee singing Fever. The pleasure of a musical interlude is surely worth a great deal of money.

At least I’m not as deranged as the people having swine flu parties. I found out about these while I was diagnosing myself online, like any reasonable person does these days. According to my attractive friends at the Center for Disease Control and Prevention, swine flu parties occur when one person in a social circle gets a mild case of Piggy Lee Fever and everyone gathers around, hoping to catch an equally mild version and develop immunity to the virus. The CDC people, in addition to being attractive, are too polite to react to this by saying, “You are a bunch of fucking* morons.” Instead, they say:

CDC does not recommend “swine flu parties” as a way to protect against 2009 H1N1 flu in the future. While the disease seen in the current 2009 H1N1 flu outbreak has been mild for many people, it has been severe and even fatal for others. There is no way to predict with certainty what the outcome will be for an individual or, equally important, for others to whom the intentionally infected person may spread the virus.

In conclusion, don’t be a fucking moron and go to swine flu parties. Do be a genius and, if you’re in New York, come to my holiday sale at Zang Toi on Thursday and my pop-up shop on Friday and Saturday. I’ll see you there … even if I have imaginary swine flu. I’m being helpful and building up your imaginary immunity! 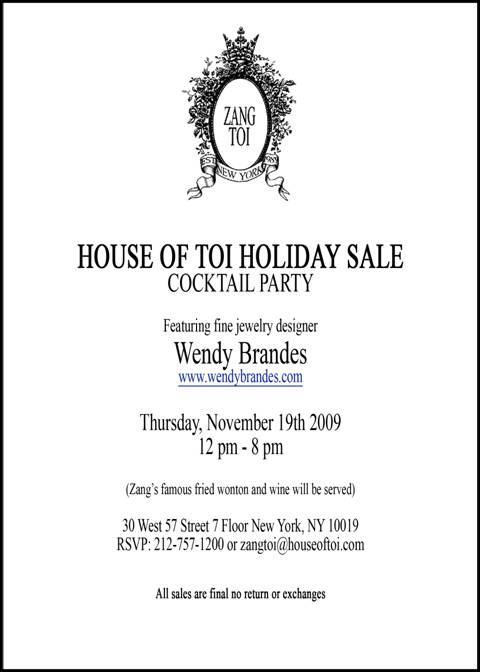 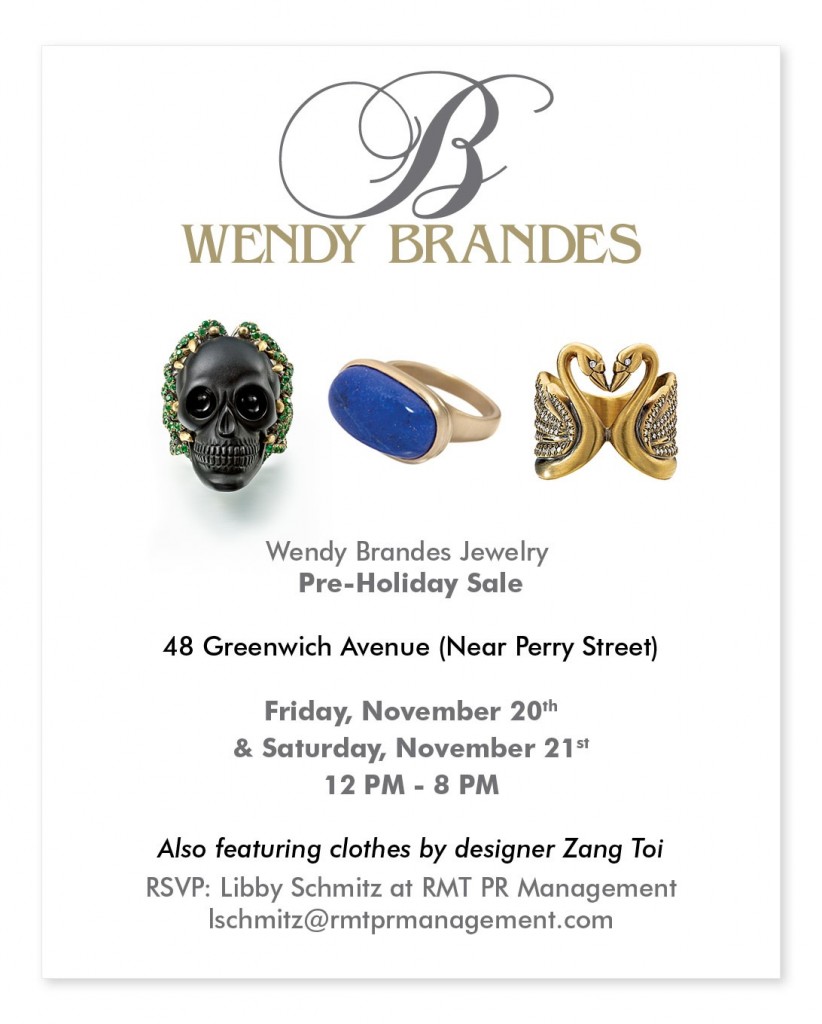 *That is especially for my readers who have complained that I don’t swear as much as I used to. After all, I did win a Drysdale award for bad language. I don’t want to be like an actor who wins an Oscar and never again does anything worthwhile.