It’s July 4th tomorrow, so I have some red, white and blue styles from years past for Throwback Thursday.

The Jean-Charles de Castelbajac sailor outfit I got in Paris in 2010 always works for a patriotic holiday.

The first time I wore it was in Mallorca — not for the 4th, just for fun. In 2011, I wore the outfit for the holiday weekend in the Hamptons. I updated the look in 2012 with flag shoes I received as a gift from designer Terry de Havilland. Here’s a closer look at the shoes. 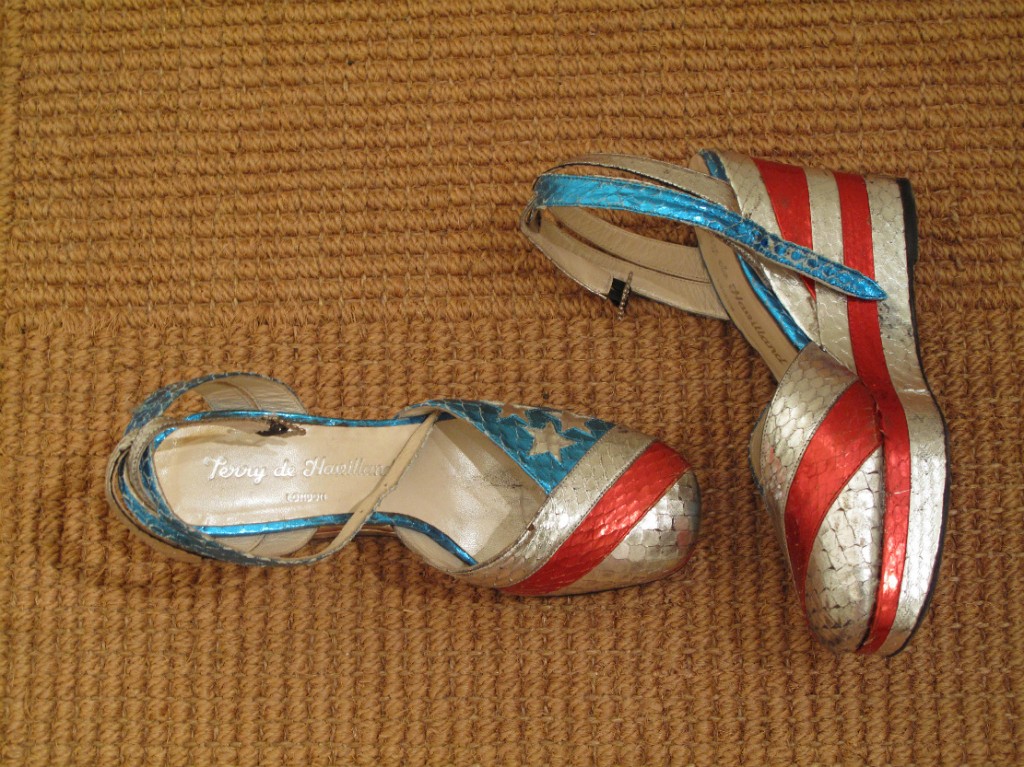 I have another pair of patriotic shoes by Castelbajac. 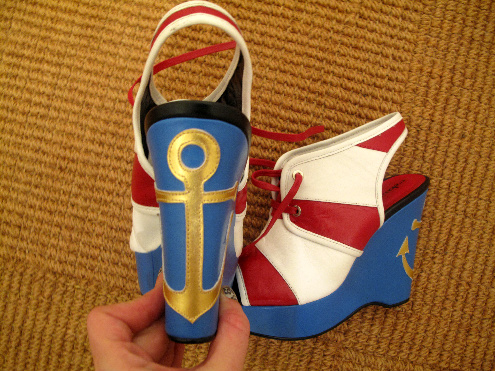 My other key red, white and blue look is by Alexander McQueen. I like to wear it for Bastille Day — aka Le Quatorze Julliet — if I happen to be in Paris, as I was in 2010 and 2011. 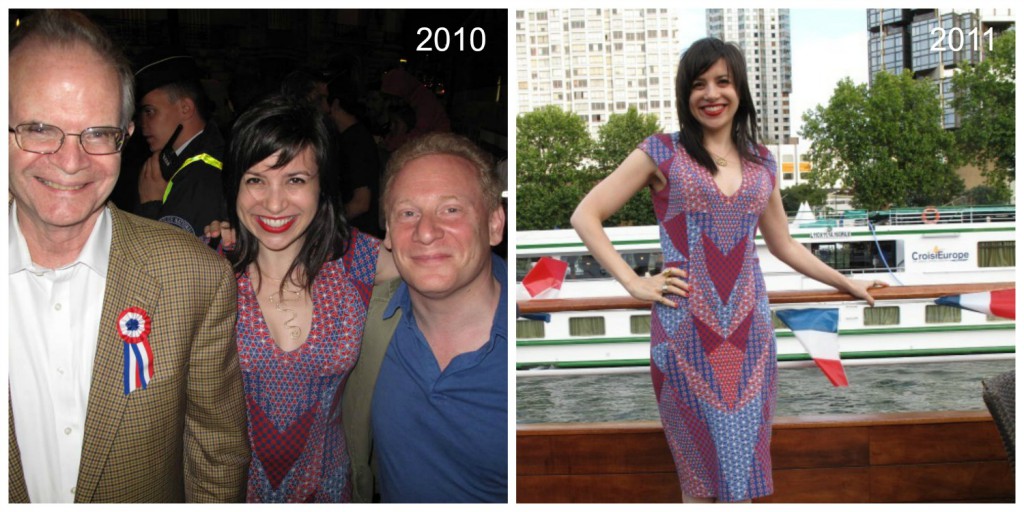 I’m going to have to go out tomorrow night, just so I have an excuse to wear one of these outfits! But which one? That is the question.