Want to be like WendyB? A vintage Patrick Kelly leopard print gown just like mine is available for $725 on 1stdibs.* (Thanks to gorgeous blogger Cherie of Shrimpton Couture for pointing this out to me.)

I’ve written a lot about my dress because it’s my single greatest claim to fame, having last year won me a spot on WWD’s Disaster Area page with the caption “Mee-ouch.” I love how the page helpfully explained that, “…this flock really laid a fashion egg” just in case you didn’t get the point of “Disaster Area.” 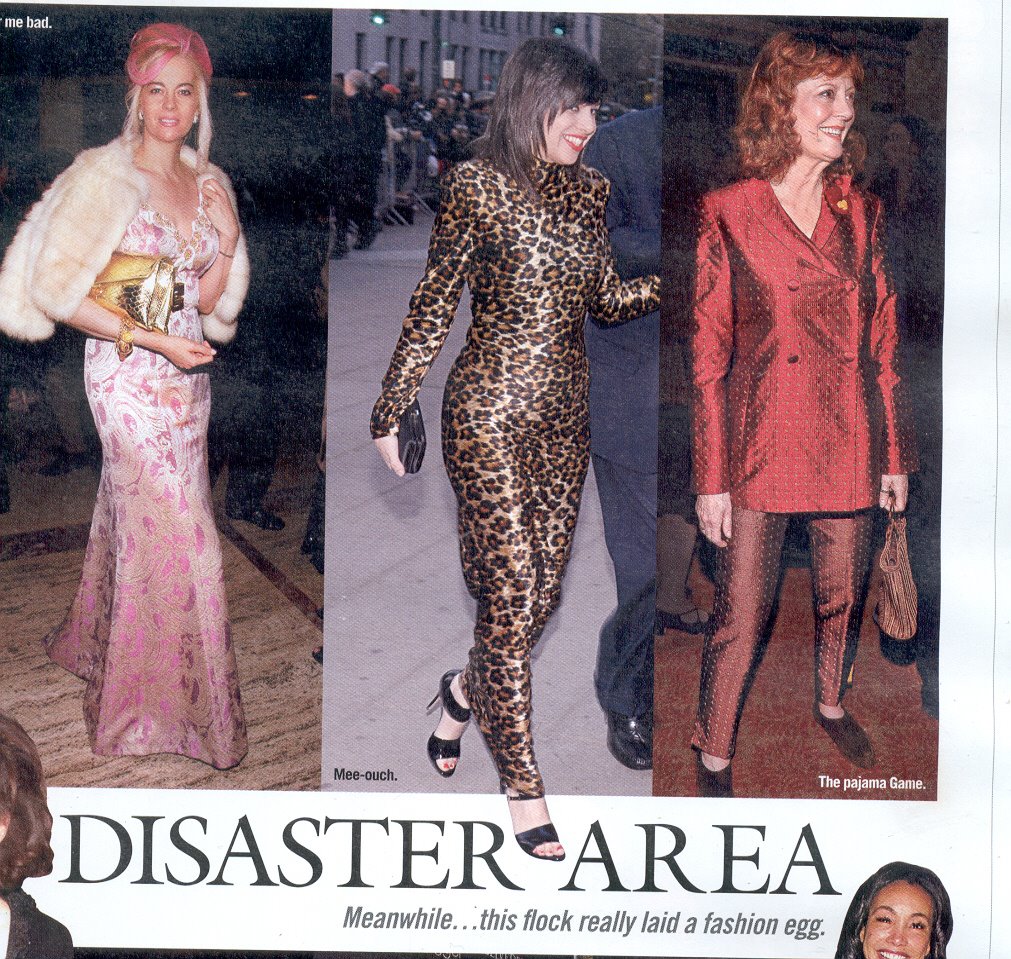 I wore the dress again earlier this month to the fabulous Independent Fashion Bloggers Dress-Up Soiree. I had a hella good time wearing a dress that was slammed by WWD among all the fashion-savvy bloggers.

Photo by the Heights of Fashion ladies. Don't I look like Fran Drescher?

Given this history, I nearly fell over when I noticed that the 1stdibs listing described the piece as “Patrick Kelly Leopard Print Dress featured in W Magazine 10/09.” W, of course, is a sister publication of WWD, and I thought it would be hilarious if W contradicted WWD and declared this dress to be the epitome of hotness that we all know it is. Unfortunately, the mention wasn’t quite THAT good. The Patrick Kelly was just shown with several other dresses in an item on 1stdibs. But, hey, at least it was featured. Mee-wow!

The dress in the October 2009 W. Oops. I ripped the corner of the page off!

Speaking of the Independent Fashion Bloggers event, please vote for my picture from the evening as your favorite. All you have to do is click here and give my photo a five-heart rating. 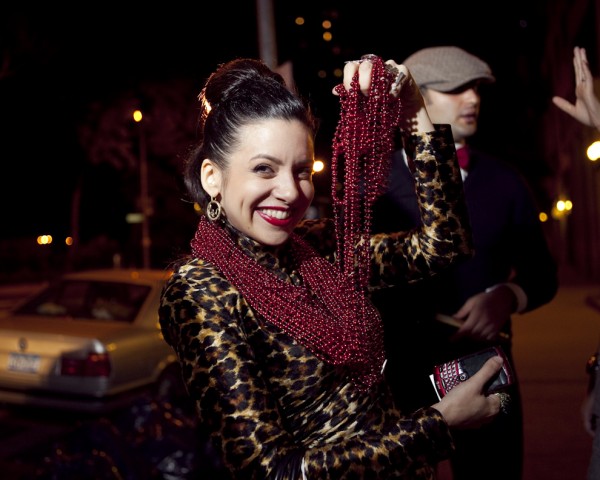 All the other party attendees look great, of course. But I’m pretty sure no one else was wearing a dress that had already been ticketed by the Fashion Police, so vote for me for my bravery if nothing else. (Those Mardi Gras beads I’m wearing were explained in my earlier post on the event.)

You have until October 2 to vote. Vote soon and tell all your friends so that I’m not forced to make a series of campaign speeches, or, rather, conduct a “beg-a-thon” as someone once bitched about one of my earlier campaigns. Don’t think I won’t do it! Read my previous campaign speeches to see what you could be in for. Then VOTE.

And, what the hell, here’s one of my old acceptance speeches.

UPDATED TO ADD: Gorgeous commenter Kaye points out that there’s an off-the-shoulder version of the Patrick Kelly dress on eBay now.

The off-the-shoulder version on eBay.

Clearly this dress is ready to take the fashion world by storm! Click here to see the listing. If you’re going to bid, don’t forget to snipe.

You might also like
Light Up With Tron: Legacy, Tiger Morse and Diana Dew
Creepy, Kooky, Mysterious, Spooky
Musings on Music, Reality TV and Thierry Mugler
Previous Post: « Smile and the World Smiles With You
Next Post: Your Wedding Wish Is My Command. Now Vote! »