I’m pretty sure Bowie is wearing his Yamamoto short kimono without the cape — but presumably with the matching hot pants — in this 1973 performance clip. [UPDATED IN JULY 2013 TO NOTE THAT THE VIDEO THAT USED TO BE HERE HAS DISAPPEARED FROM YOUTUBE. SIGH.]

Not everything Yamamoto did was so wild. The Metropolitan Museum of Art’s Costume Institute has this cheerful Yamamoto sweater. 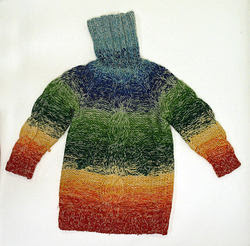 From the Metropolitan Museum of Art

If you happen to be in the City of Brotherly Love, the Philadelphia Museum of Art has a Yamamoto exhibit until spring. The museum’s website notes that Yamamoto’s heyday was the ’70s and ’80s and says:

“Since his last collection for fall/winter 1992, Kansai has lent his name to licensed products ranging from eyeglasses to tableware. His fashion show spectaculars have become the framework for the grand Kansai Super Shows, the first of which was held in Moscowâ€™s Red Square in 1993. Others held since in Japan, Vietnam, India, and Berlin have drawn audiences in the hundreds of thousands.

Kansai recently returned to fashion as a designer of traditional Japanese garments in a contemporary idiom including kimono (2004) and Hanten festivalâ€“inspired coats (2007). He continues to produce Super Shows as part of a larger initiative to invigorate the arts in Japan and serves as a government advisor on tourism and cultural affairs.”

There are a few eye-catching Yamamoto pieces on eBay now. Click the photos to go to the auctions. 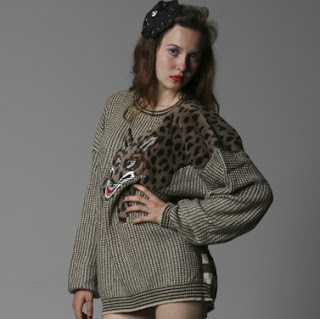 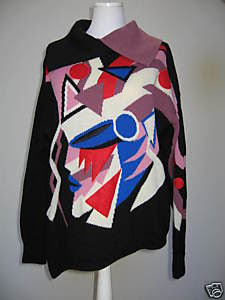 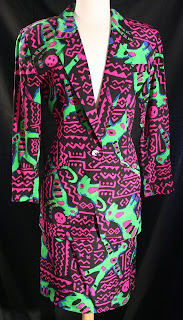