This isn’t a proper introduction for my new Hatshepsut Locket, but I can’t resist sharing some amateur pictures of my latest piece. This version is in sterling silver, hanging on a black satin cord.

Here’s how the necklace looks against my amazing bosom. 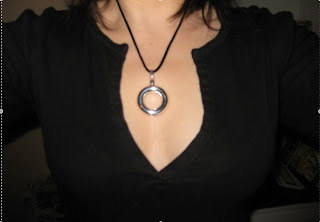 Please, Pistols, don’t get overexcited by this.

To open the locket, you first open the safety clasp and unscrew the top, like so. 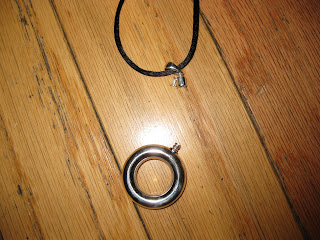 Then you can slide the two sides of the pendant away from each other, like so. 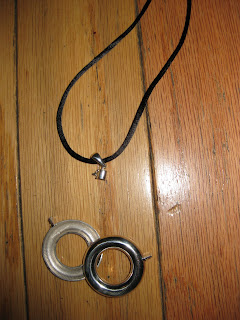 I’m not going to show you the gold and diamond version till the professional photos are taken.

Hatshepsut was an Egyptian queen who, after her husband (who was also her half-brother) died, proclaimed herself Pharaoh. I think she would have gotten along great with Empress Wu, the self-proclaimed female emperor of China, if only they hadn’t been separated by two millennia.

If you’re interested in owning this piece, email me at wbjewelry at hotmail dot com, because it’s not going on my site until I do the good photos.

You might also like
Customer of the Day: Anne and Her Juana Skull Necklace
Jewelry for Every Budget: Pre-Holiday Sale or Splurge
Jewels of the Month, Part 2: Anklet Season
Previous Post: « Sprouse Is Back, Back Again
Next Post: I Don’t Want Your Charity »